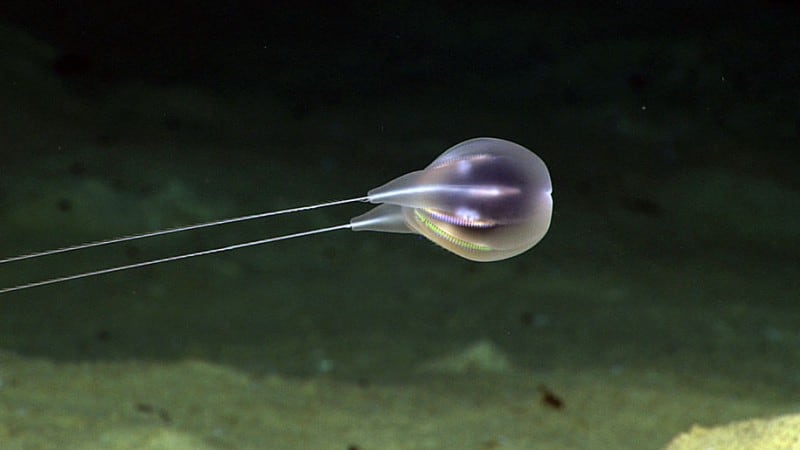 Who lives in an anemone under the sea? As America’s Ocean Exploration Team discovered, it’s aliens – or extremely strange creatures. Borne on the ship Okeanos Explorer, they were surveying the Puerto Rico trench. Formed by North American tectonic plate sliding under the Caribbean plate, it’s 8000 meters deep and 800 kilometers long, the eighth deepest trench in the world.

The twelve dives by the Deep Discoverer, the ships’ Remote Operation Vehicle, have discovered 100 species of fish, 50 species of deep-water corals, and hundreds of other invertebrates. That comes from the third leg of the trip, which came after the mapping portion of the expedition. 95 percent of the oceans remain unexplored, so scientists like these have a lot of work left to them.

However, Okeanos possesses a new solution to ocean exploration. Streaming the research dives online, it lets any scientist around the world join in. “There will be a starfish expert or a jellyfish expert or a coral expert and so they’re all working with us together, which is unique,” Andrea Quattrini, the science co-lead for the expedition, told Quartz. “On other research teams you only have a certain number of bunks on the ship and so only say 12 or 15 scientists can go at once.”