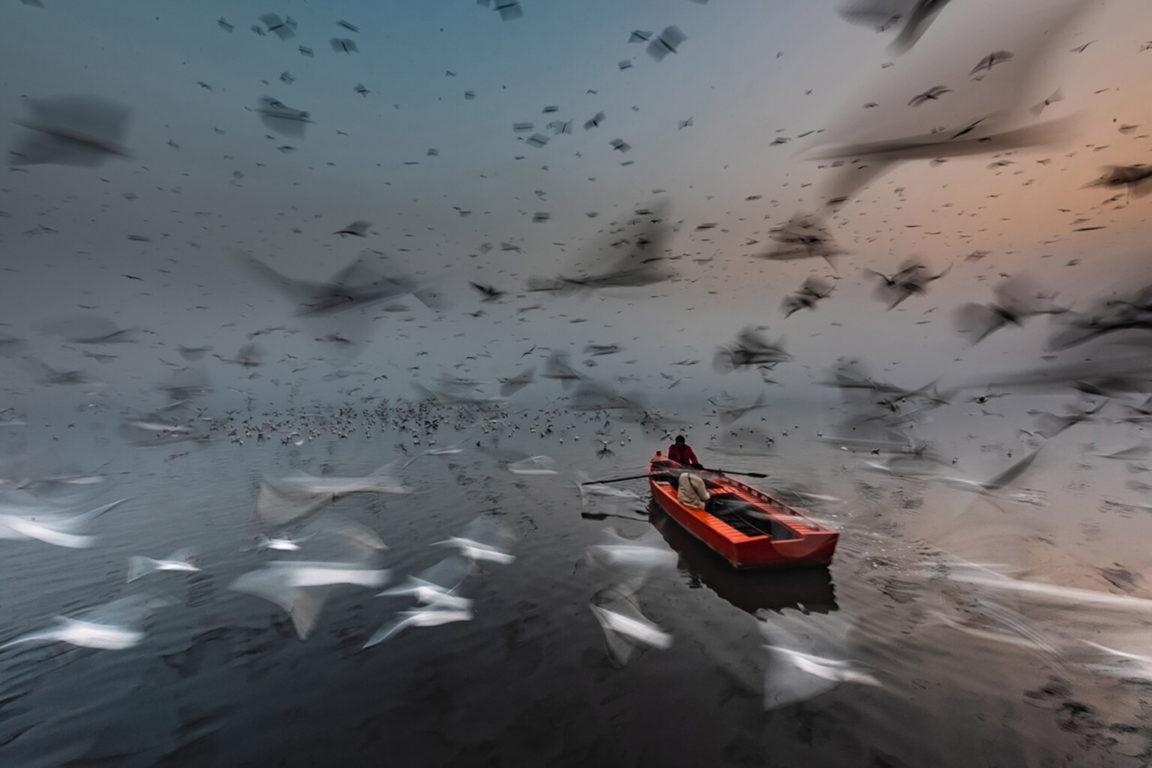 Dehli-based photographer Sankar Sridhar often visits the Yamuna River to observe hundreds of terns, gulls, and other birds as they throng to the Ganges stream that runs through the Indian city. Even though the river is unable to maintain a thriving ecosystem, the birds are compelled by the site’s fidelity, so they migrate every year. Sridhar caught it and named this series “Long Live the River“. Due to the big attraction of an influx avians to the tributary, it is also a site of legend and religiosity. People gather at the river to feed the birds, as an act of bringing good karma and also dispersing offerings for their close ones who passed away. The artist says his approach to documenting life over there was driven by the deep connection of life and rivers in Hindu texts, legend, and mythology. He considers the fact of Yamuna being the only river bringing immortality to humans as ironical. Fifteen drains of wastewater from households, industrial sources, and municipal flow into the tributary, overfilling it with pesticides, heavy metals, garbage, and chemicals that erase aquatic life.
However, in 2017, officials recorder 24 species of birds residing in the river; it came as a big surprise considering the contamination of the water.
Sridhar uses a low shutter speed to capture the yearly rituals through clouds of Dehli’s smog, blurring birds as they swoop over the water. He aims to put a surreal touch to his pictures, by using boats as the transport into the afterlife, whole flight-paths of the animals as metaphors – as much for the beings of the dead as the mad turmoil in our world blinds us to the damage we create on the environment. The river, though, remains a giver of life, despite not having much life in her.