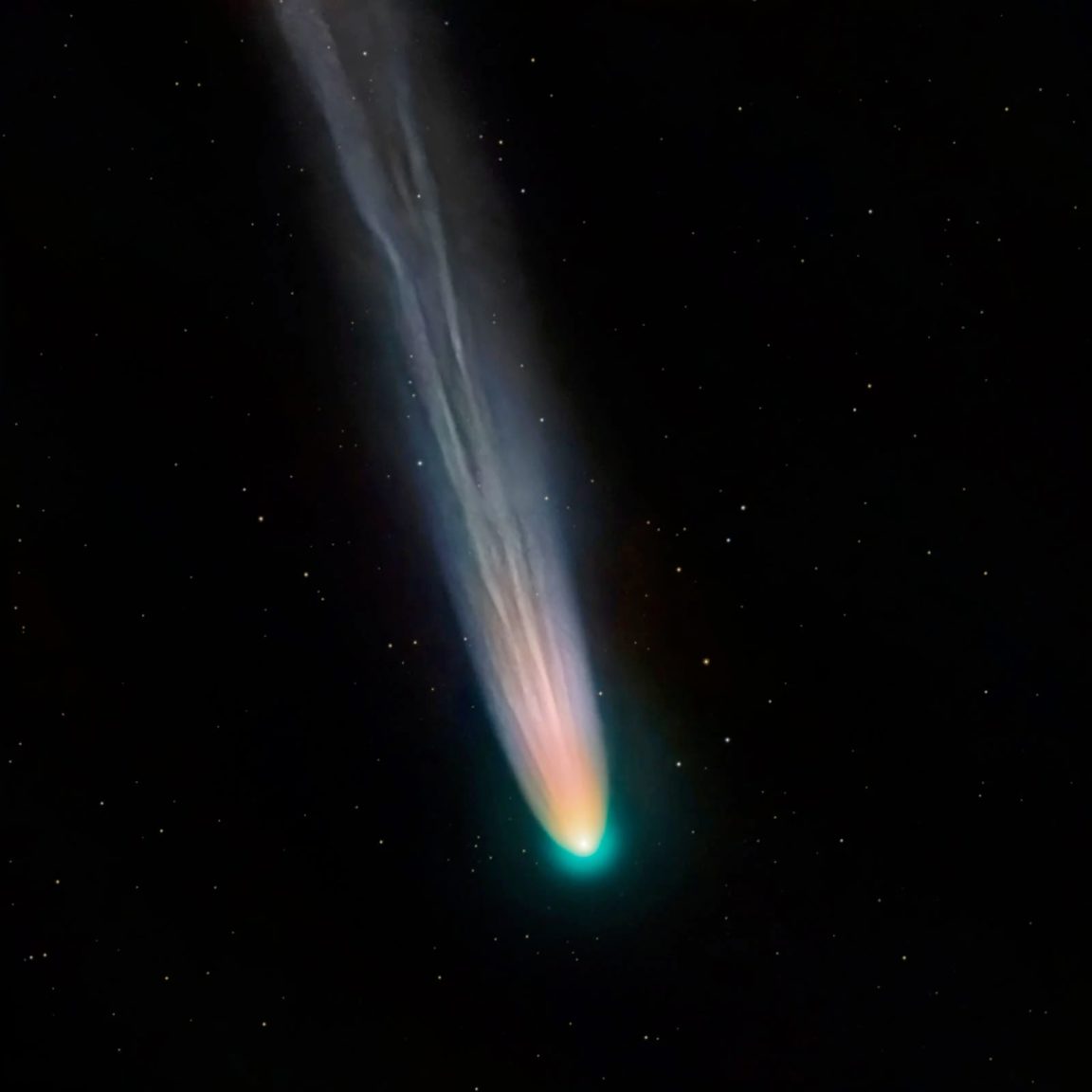 The space around us is an incredible place. We can see it with our naked eye, but when we look up at the sky on a clear night, what do we know about space? The Milky Way is home to hundreds of billions of stars, as well as trillions of galaxies throughout the cosmos. It’s hard to fathom how ample space is. This magnificent composite of 25 individual shots was created by Andrew McCarthy, who photographed the heavenly body as it plummeted over the Arizona horizon. This comet has been making headlines recently for being so bright and having brilliant colors surrounding its nucleus. The long-period Comet Leonard was first discovered 466 million miles away on January 3, 2021, and will pass the sun one year later before leaving our solar system entirely.
On PetaPixel, Matt McCarthy shows how he documents the body in 12 minutes—watch this clip to see how far the comet moved during that time—and discusses his extensive portfolio of astrophotography on Instagram and his website, where he also sells prints.