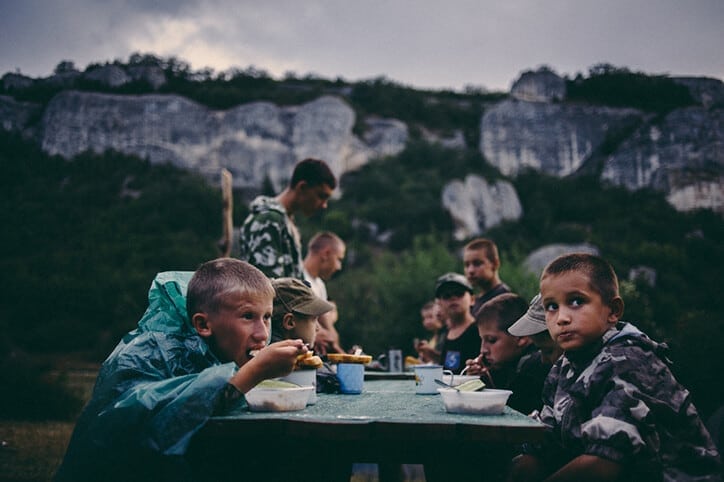 Ukranian photographer Maxim Dondyuk’s series, ‘The Crimea Sich‘ photographed a young military-patriotic camp. An uncomfortable combination of childhood innocence and brutal training, the photographs focus on the friendship between the boys.

Children aged seven to 16 years old are living and training in the camp. Officers who have taken part in past struggles train the children in both war and orthodox religion in preparation for military action. At first Maxim found it hard to accept what they were doing.

“They grow professional killers,” he explains. “But after two weeks I changed my mind. I understood they grow defenders of the Motherland. They get military practice, and many of them go on to become Army, sergeants.”