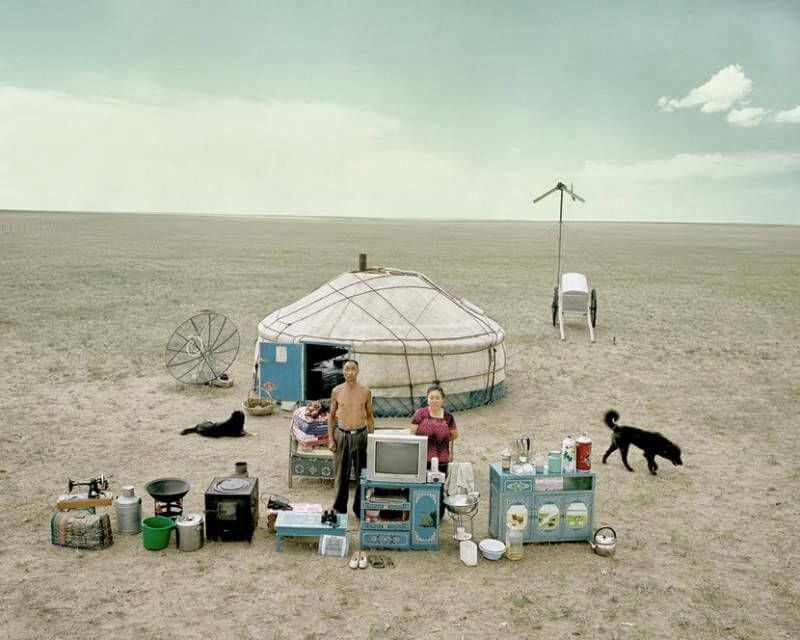 Photographer Huang Qingjun travelled almost ten years across rural areas in China and asking families to pose with all their households. In the series ‘Family stuff‘, he points to give a glimpse into the lives of Chinese people living far way from centers, where modernization and money have completely changed family lifestyles.

In an interview about the challenges of the project, Qingjun states,

“Most people thought what I was offering was not normal. When I told I wanted to set up a photo, that it would involve taking everything out of their house and setting it up outside, that took quite a lot of explaining… But almost all of them, when they realized what I was trying to do, they understood the point.”