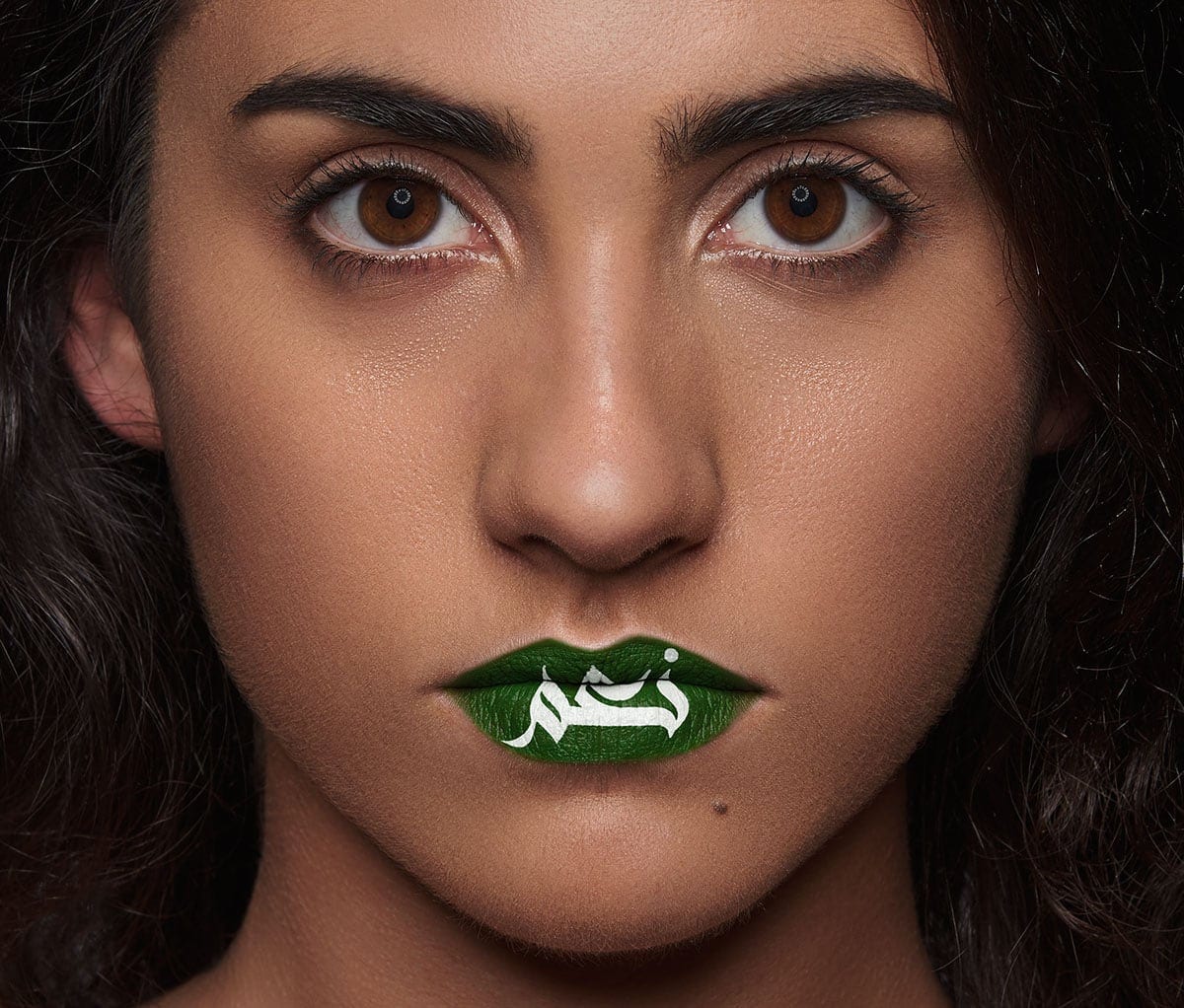 Many women are discriminated and oppressed because of their gender. The violent acts committed against them can be verbal, emotional, physical, sexual or economic and they are much more widespread than expected – and it occurs more often than we know about it. Most of these cases are never reported to the authorities, and the media isn’t informed – it remains hidden. Many women feel like they do not have other option but to endure silently. The silent consent is an exclamation mark. A mark for all those women who have been stripped of their rights of making their choices. Who have been living their lives under commitment and destruction because nobody has ever shown them how to say no. This silent consent becomes a disturbing everyday routine. It’s hiding on their lips, dishonest and invisible. On these photographs by designer and visual artist kissmiklos, you can see that each character has colours of flags on them. I also paired each with a font that has been created by a designer, font studio or firm from that country.