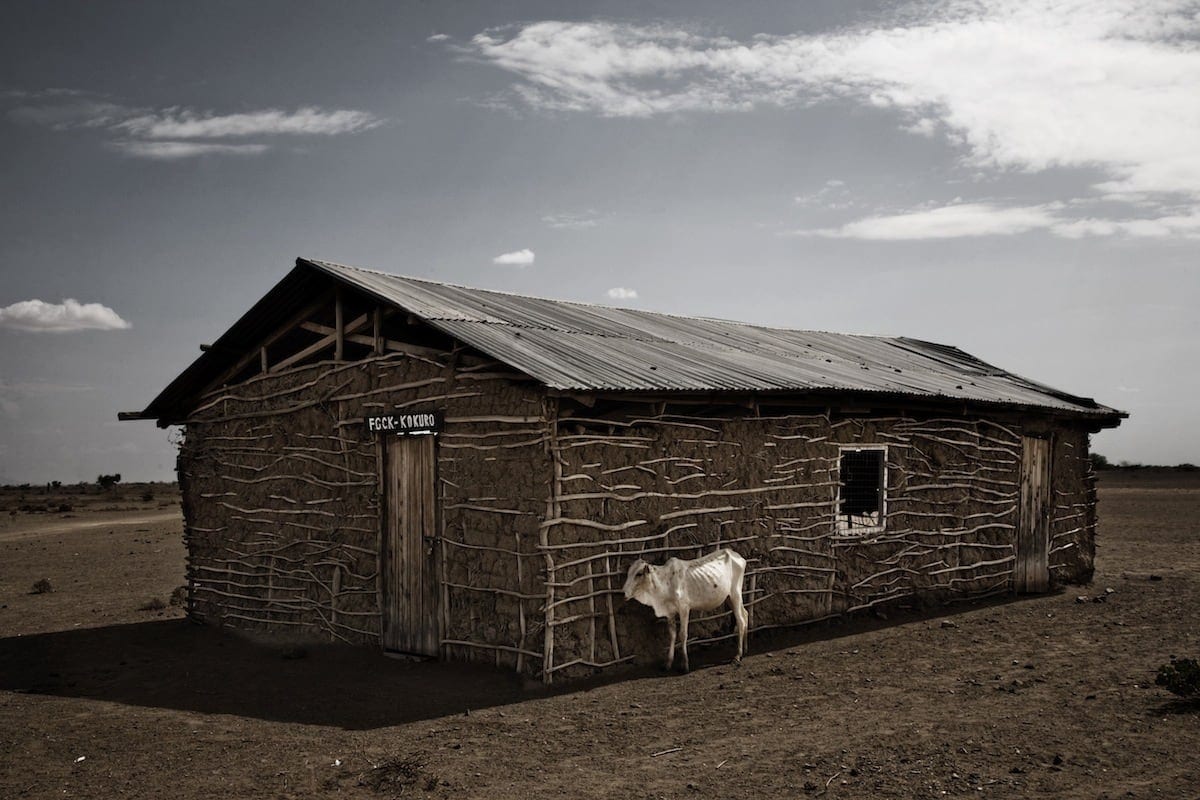 Stefano De Luigi is a documentary photographer from Cologne. To say that his photos are jarring would be an understatement: they grab you by the neck. Stefano won three World Press Photo awards in different categories in 1998, 2008 and 2010 and has been published by magazines from the New Yorker to TIME.

In 2009 he shot a series of works based around the Kenyan drought, specifically within the Turkana region in Northwest Kenya. “This tragedy, where animals and people were struggling to survive this terrible drought, was a sort of nightmare vision,” says Stefano, who uses the drought as a lens through which to examine climate change more widely.

“It’s about a future which could be waiting for all of us if we don’t deeply change our habits, if we don’t reconsider our way to share the resources of our planet with more sense of responsibility. This is, I think, the message that these images of suffering carry with them. A warning to consider our way of life differently, out of respect for all kinds of life on earth.”