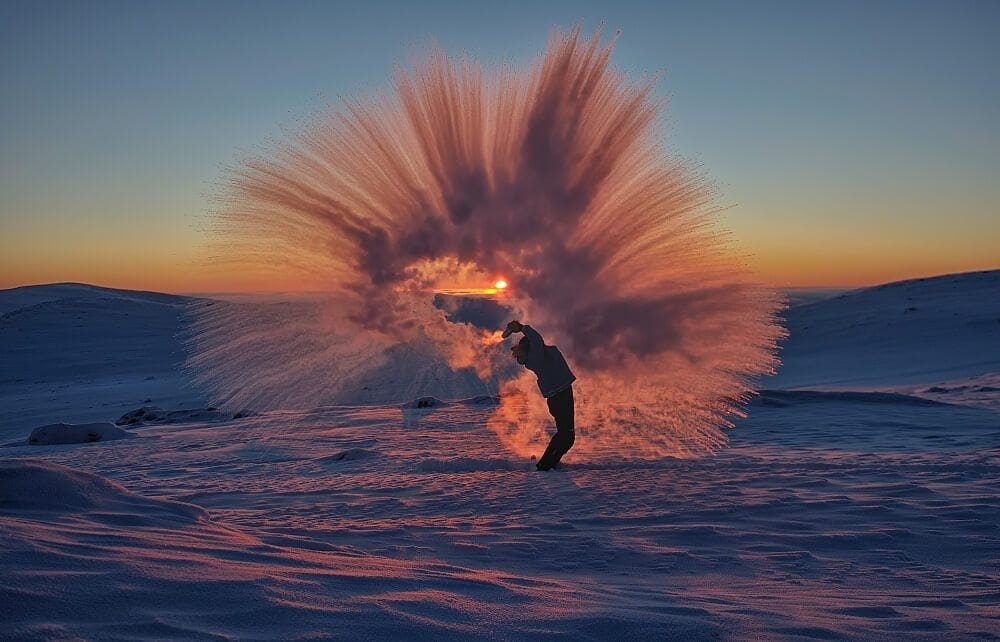 Ontario-based photographer Michael Davies timed this awesome shot of his friend Markus throwing a thermos of hot tea through the air yesterday in -40°C weather. At such cold temperatures, water freezes immediately to form an exciting plume of ice. For the last decade, Davies has worked as a photographer in the fly-in community of Pangnirtung in Canada’s High Arctic, a place that sees about two hours of sunlight each day during the winter.

He shares via email that practically nothing was left to chance in making the photo, as so many things had to be perfectly timed:

Around 1 pm I jumped on my Ski-Doo along with my friend Markus and we drove 45 minutes to the top of a nearby mountain where the light would hit the hills. Prepared with many thermoses filled with tea, we began tossing the water and shooting. Nothing of this shot was to chance, I followed the temperature, watched for calm wind, and planned the shot and set it up. Even the sun in the middle of the spray was something I was hoping for, even though it’s difficult to control.

You can see more of Davies’ most recent photography over on Flickr. 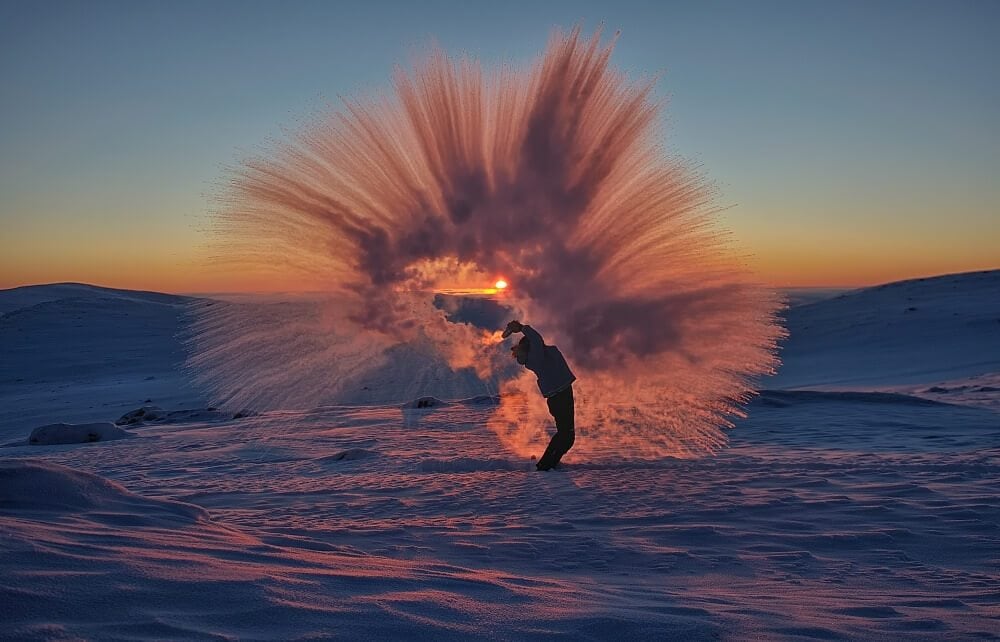