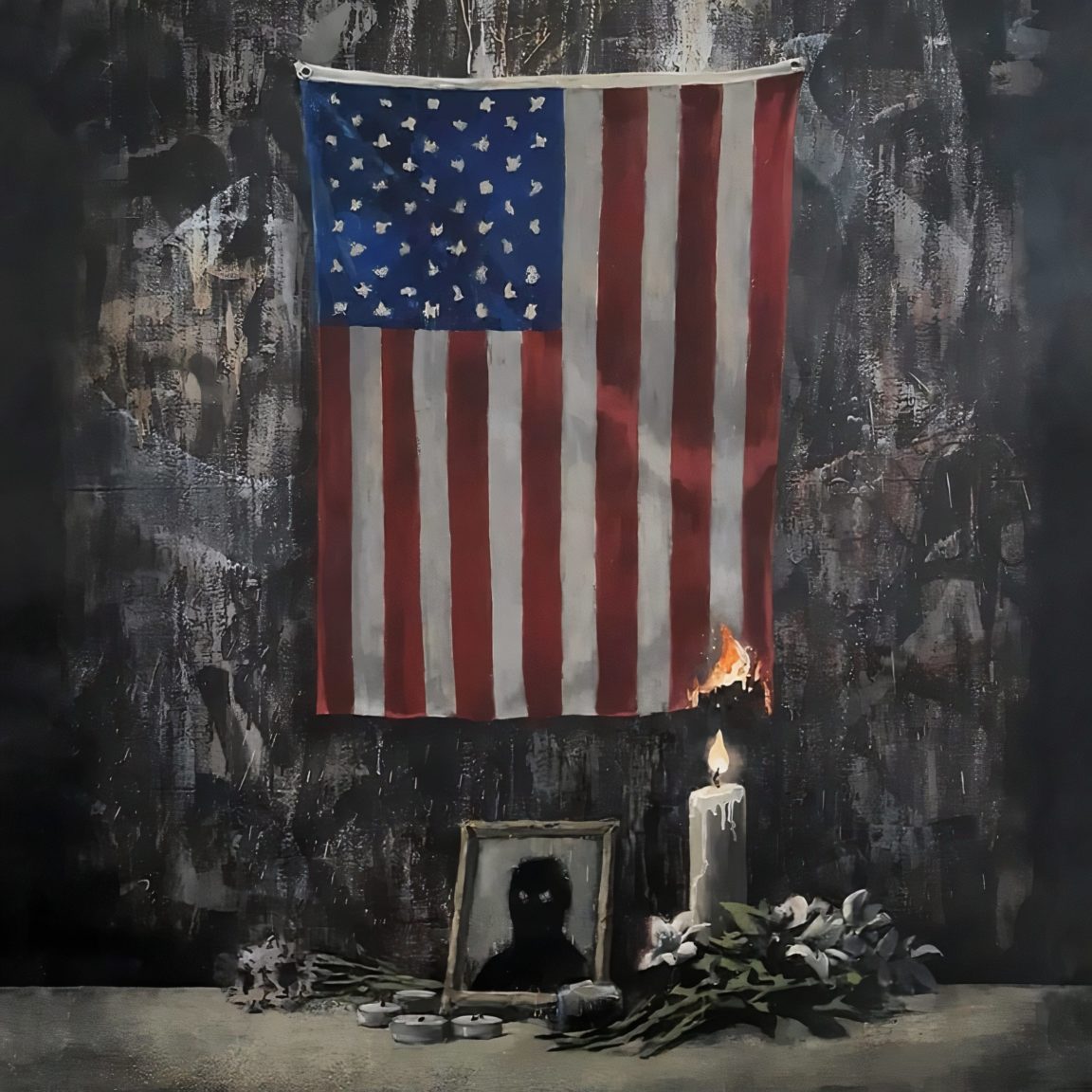 Banksy, a British street artist, recently released and anti-racism piece of art on his Instagram as a part of “Black Lives Matter” campaign.
His project is inspired by the death of G.Floyd, on May 25th, 2020.
He was a 46-year-old man who died in Minneapolis, Minnesota, after a policeman kneeling on his neck for at least 8 minutes. The policeman arrested him for supposedly using a fake $20 note in a store. This horrible event was a trigger for people all across the globe to start demonstrations. Everyone is protesting as one against police violence and racism against minorities. Banksy’s art shows a scene of a watch, where a candle‘s flame has gradually started to burn the American flag above it. Combined with this post, the artist shared a short message, sharing that he took time to think about the current world situation and concluded that this is, in reality, the problem of white people. We have to help and fix this neverending problem.
This post is yet another creative part of black lives matter manifestations.