Playing tourist in your hometown will bring the love for the place you live to a whole new level. You will be able to find and enjoy even the smallest things. It is a great way for your children to start exploring the world. It doesn’t have to require boarding a plane, train or a car. It can still be affordable and educational entertainment. Find out why and where the tourists go in your city and do the things they do!

Chester is one of the most beautiful and historical cities in England. It is located in the northwest of England in the county of Cheshire. During the Roman era, the city was an important stronghold. There is even a legend that while Chester was controlled by Legio XX Valeria Victrix, there was a Christian basilica dedicated to Saint Paul and Saint Peter.

Chester Amphitheater is a Roman amphitheater located in Chester, Cheshire and it is the largest known in Britain. Its origin dates from the 1st century when the Roman fortress of Deva Victrix was founded. Currently, the site is managed by English Heritage and is a Scheduled monument. The structure of the amphitheater is similar to those found in Continental Europe.

It is speculated that the amphitheater was used primarily for military training and drills. The recovered evidence from the excavation shows that the site was used for bull baiting, cock fighting and combat sports, that includes classical boxing, wrestling and gladiator combat. The poet Oppian has written that the Romans have inherited the Greek’s passion for a cockfight. This event was held on “anniversaries…as a solemn rite”.

In August 2010 a trompe l’oeil mural was commissioned by Chester Renaissance to enable the visitors to experience the illusion of a complete amphitheater. Not only that, but also showing how the original structure may have looked. Special materials are used to make the mural permanent feature of the place. 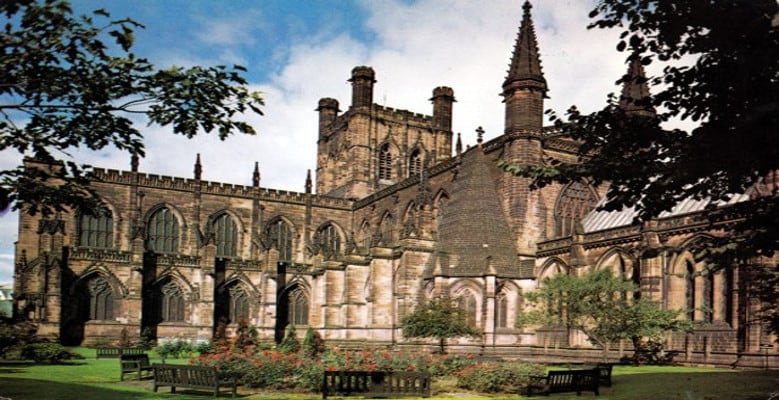 The Cathedral in Chester is a Church of England and the mother church of the Diocese of Chester. The cathedral is dedicated to Christ and the Blessed Virgin Mary and is a Grade I listed building, including the former monastic buildings to the north.

The cathedral has been modified many times over the centuries and dates from 1093 and the early XVI century. The major styles of the architecture, from Norman to Perpendicular, are represented in the building.

The place is extensively restored during the 19th century and in the 20th century, a freestanding bell-tower was added. In around 1250 onwards was subsequently rebuilt in the Gothic style. That process took about 275 years, and the results are incredible. The cathedral attracts many tourists and it is also used for concerts and exhibitions.

Until 1 May 2016 in the cathedral can be found on display three giant crucifixion sculptures made from steel girders and thousands of hangers. Each piece weighs one ton and stands 19ft are designed by the British artist and Turner Prize nominee David Mach 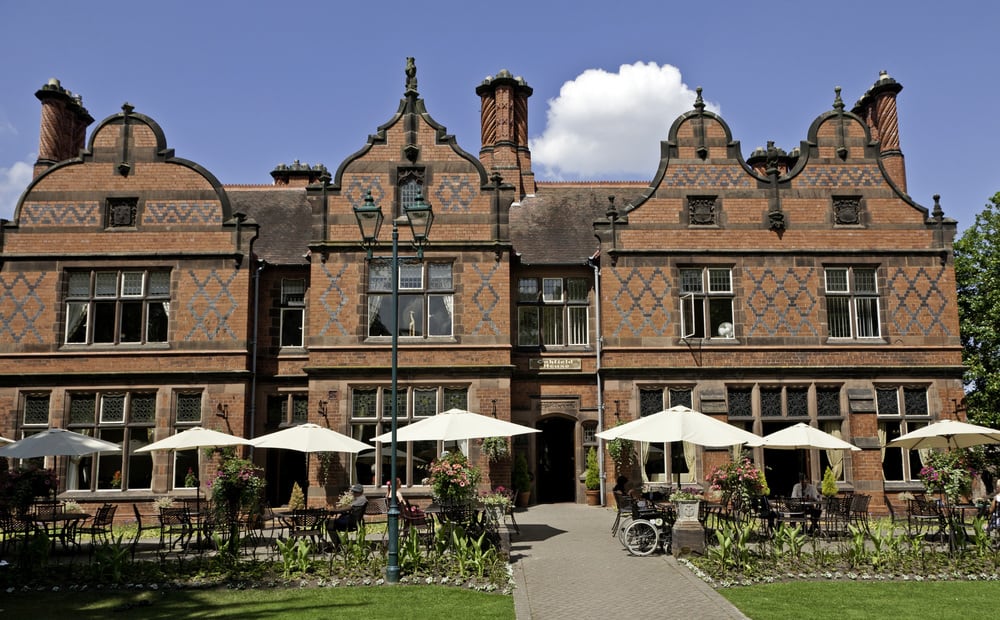 The Chester Zoo can be found at Upton by Chester, in Cheshire. The Zoo was opened in 1931 by George Mottershead and his family. The place has a total land holding of about 400 acres, which makes the zoo one of the UK’s largest animal facilities. The Zoo holds a large and diverse collection of animals. It is a home to over 11 000 animals, and 155 species are classified as threatened. Chester Zoo can take you on a unique expedition through six different Southeast Asian island habitats. Make sure to take the tour through the UK’s largest zoo-based butterfly house. You can find there more than 30 species of butterfly and moths.

People can adopt an animal of their choice and also are given two complimentary tickets which allow them to visit the animals. If you become a member of the zoo, you can visit other zoos across England with no charge for a year.

The Zoo is stationed on the outskirts of the city, so, if you do not own a car, there is a regular bus service. You can take the bus from the station by the Town Hall. 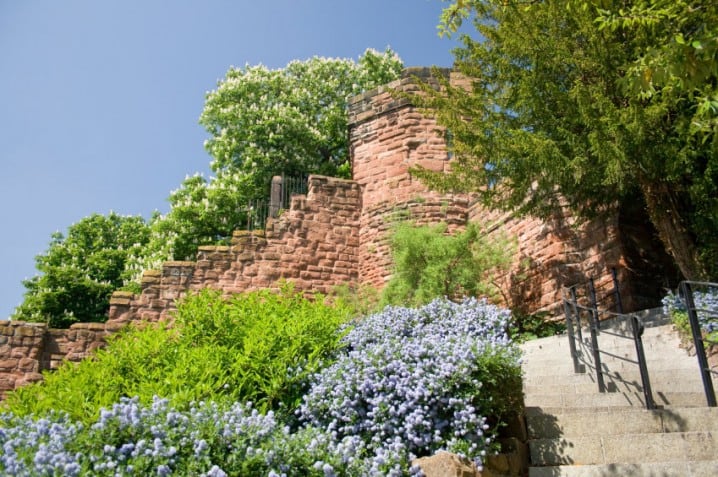 These walls are built with the idea to consistently protect the city of Chester, and their construction was started by the Romans between 70 and 80 AD when the fortress of Deva Victrix was established. Chester city walls compromise probably the most complete Roman and medieval defensive town wall. The walls form an almost complete circuit of the city. The measure of it is almost 2 miles (3.2km) and the walks are almost rectangular in plan. The walkway is continuously elevated, although there is a short section on the south of the city. This monument incorporates medieval structures, including Pemberton’s Parlour and Morgan’s Mount on the north part of the walls, Bonewaldesthorne’s Tower, attached to the Water Tower at the northwest section, Thimbles’ Tower, Barnaby’s Tower and Phoenix Tower on the east section of the walls.
Almost every part of the walls is recorded in the National Heritage List for England. The entire circuit of the walls altogether with the towers and gates is recognised as a Scheduled Monument.

Enjoy a half hour cruise along the Dee from The Groves. Relax and sail the idyllic Dee during the day or aboard an evening cruise. You will have the opportunity to see the beautiful gardens and properties that line the riverside and you’ll past Grosvenor Parl and the Earl’s Eye followed by the long sweep of the “Meadows”.

The cruises provide an excellent outing for sightseers to enjoy the tranquillity of the river.

If you happen to have more free time during the weekends, the best way to spend it is with your friends and family. It is a great way to relax, decompress from the stressful day and have fun. How you spend your free time can have a big impact on your success in the professional world.

We are creatures of habits and can easily get used to stress. You have probably imagined how many tasks and useful things you would have done if only you just used your time properly. You would probably be the most productive person, but also an unhappy one. There are many chores we need to tackle, and most of them are too time consuming. Like the comprehensive cleaning of your home. The Spring is in its bloom, and the Summer is not that far away. There are lots of opportunities to go and see places.

Let yourself to sometimes see the world as children do and throw yourself into a state of freewheeling adventure simply for the joy of it.