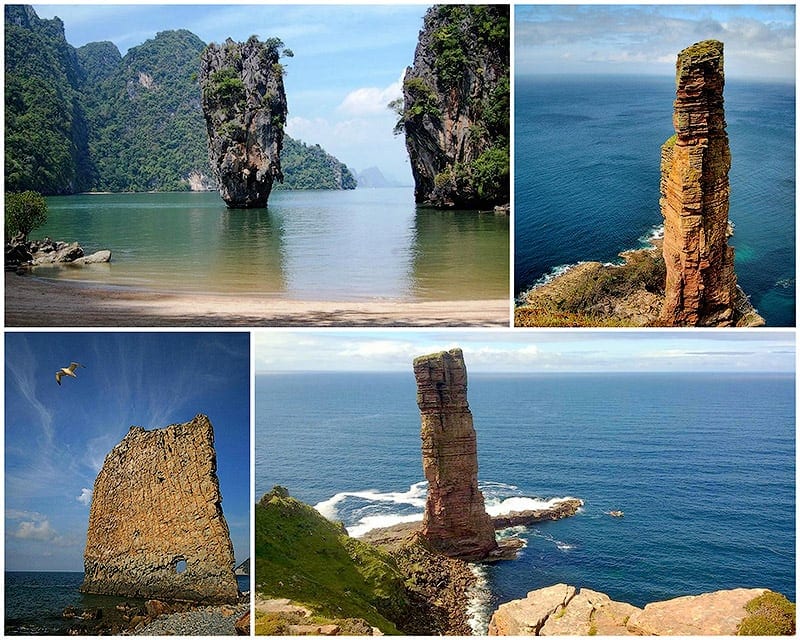 Nothing creates a better “End of the World Experience” than the dramatic coastlines formed by vertical sea cliffs. Standing on top of these tall cliffs, your eyes are met with nothing but the vast expanse of the ocean, huge waves crashing against the rocks below. 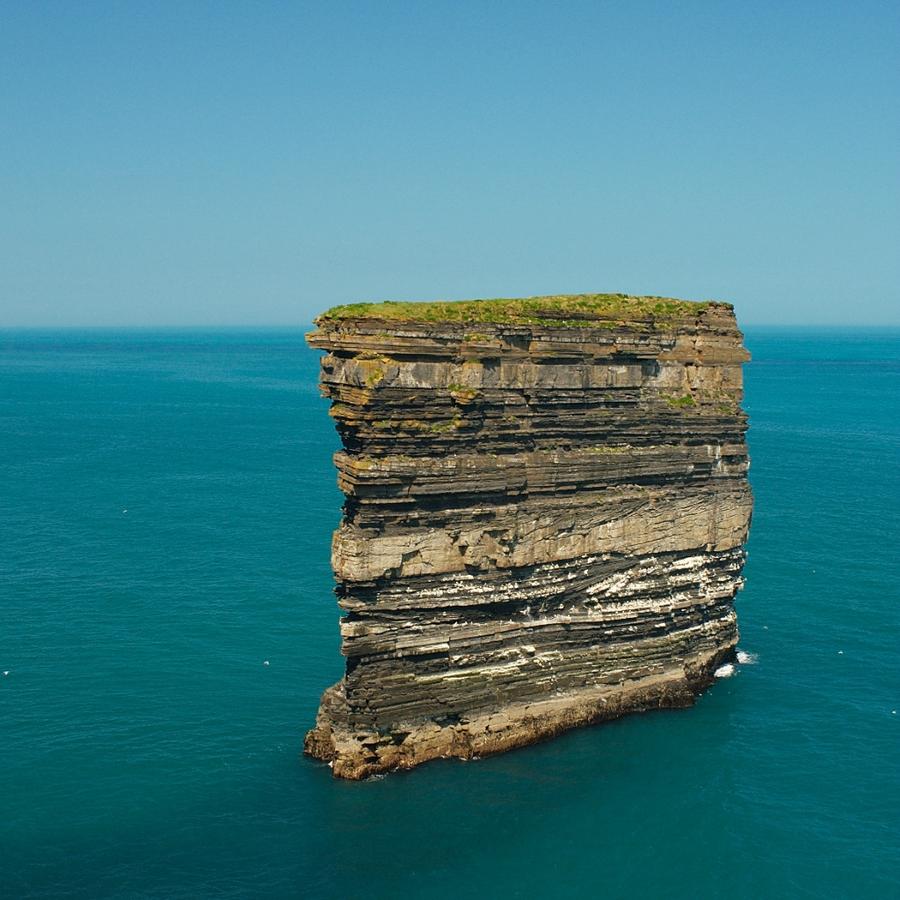 Rock Dan Bristy height of 50 meters is 80 meters from the beach on the Atlantic coast of Ireland. 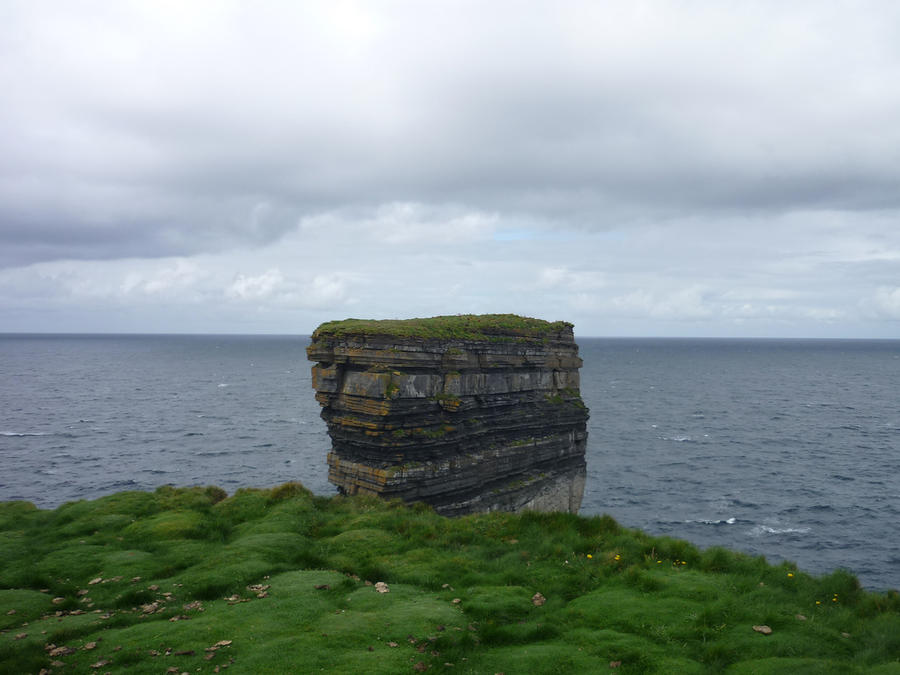 This rock is popular with bird watchers due to the fact that every year millions of birds nest here. 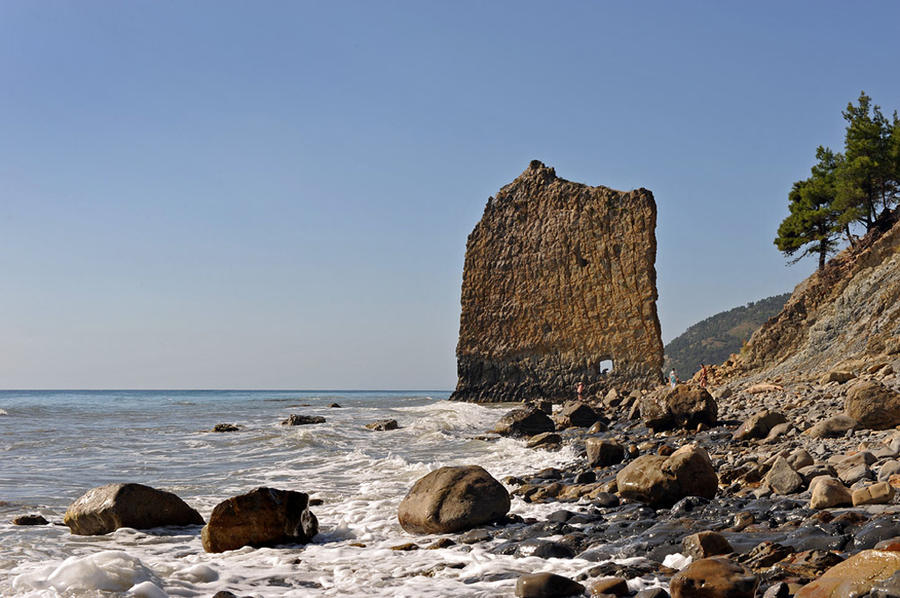 Sail Rock – located on the Black Sea, 17 km south-east of Gelendzhik, near the village of Praskoveevka. Rock pulled out perpendicular to the coast. Near the end of the cliff to the beach is separated from it at 10 m height 30 m at a length of 25 m 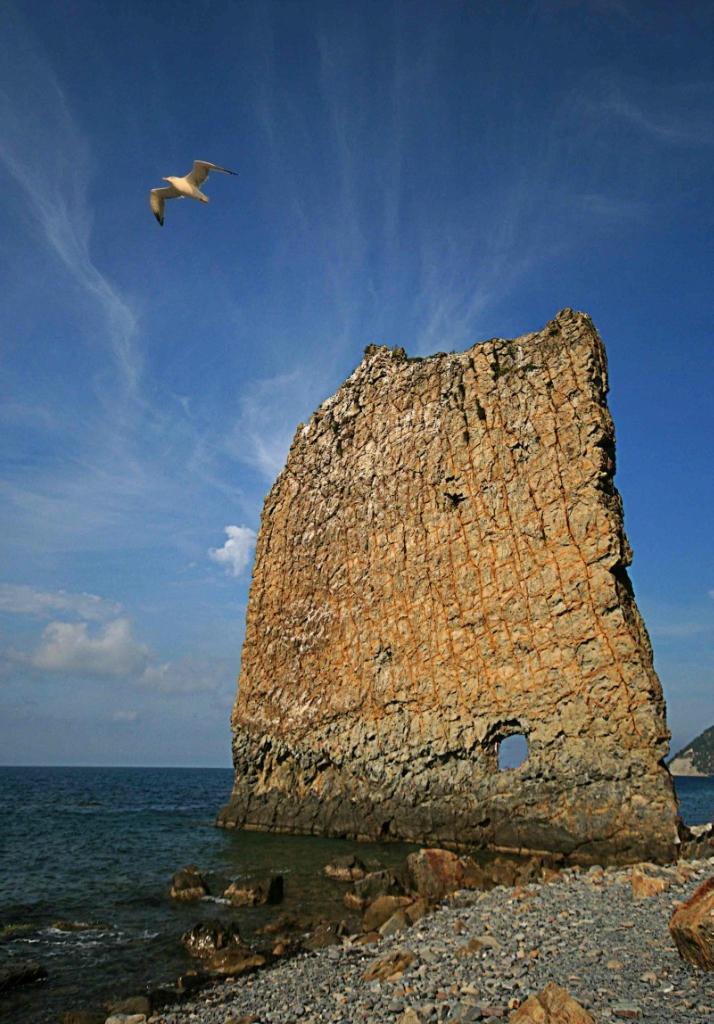 Sail Rock is a remnant of a continuous sandstone reservoir, which in the past was a part of the shore of the array and survived thanks to his strength and power. 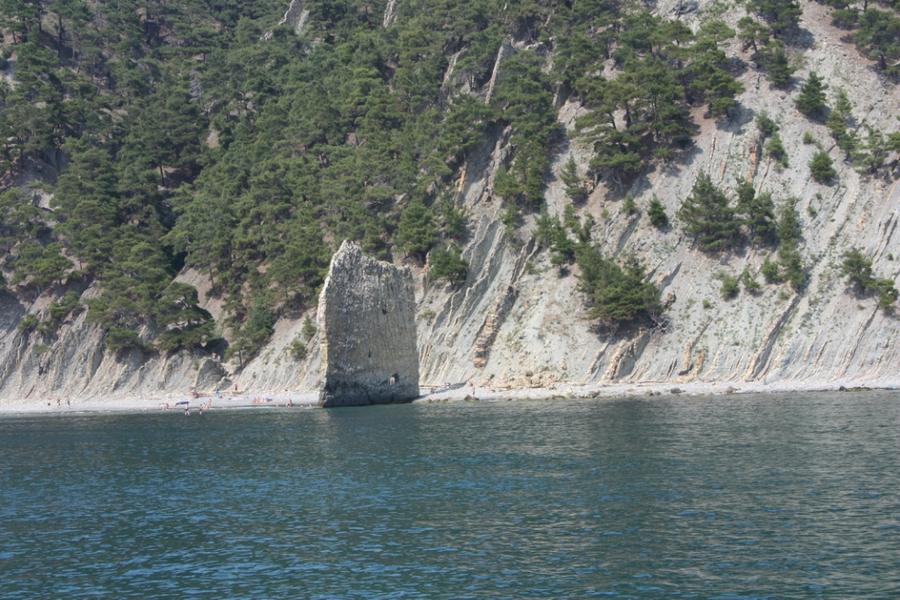 At the bottom of the rock round a gaping hole. In guidebooks written that it is pierced by arrows mountain artillery in the middle of last century.This is not the case. S. Vasyukov, who investigated the Black Sea coast, examining the rock, wrote in 1903 that it “… fired from the battleship sailors, allowed four rounds, but the wall remained steadfast, though visible signs of the nuclei, never broken through the cliff.” 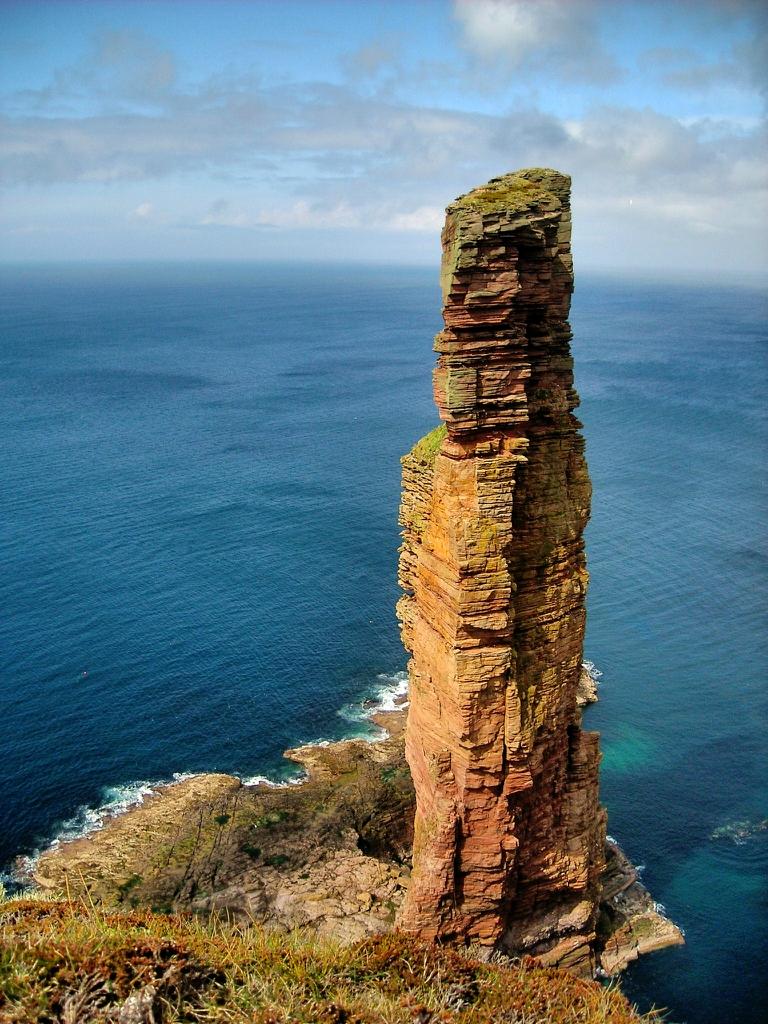 The old man Hoy Rock in Scotland. Its height is 137 meters. A rock is made up of red sandstone on a basalt plinth. 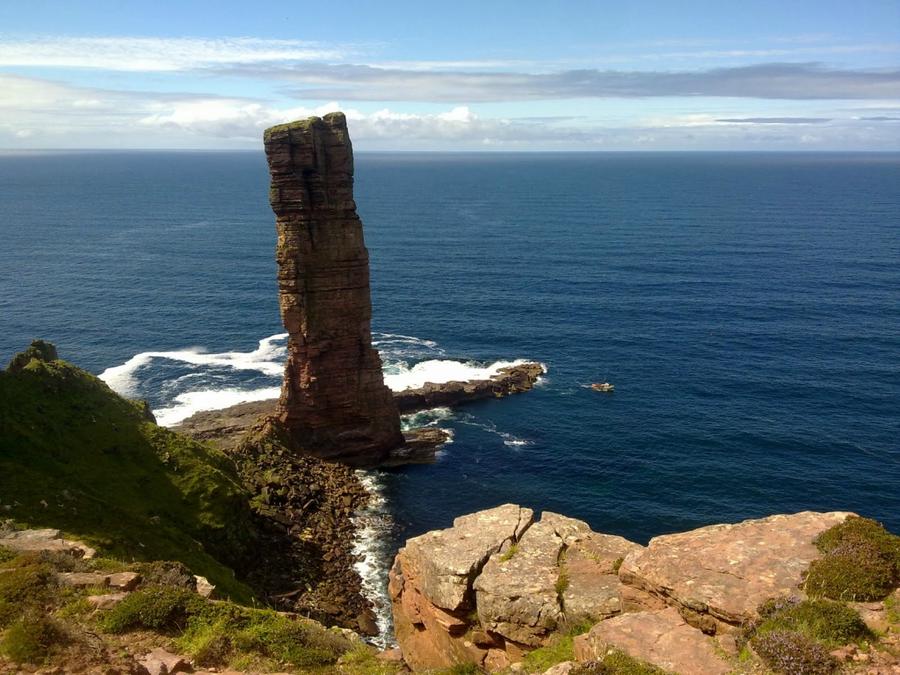 Located on the western shore of the island of Hoy, Orkney. Age about 400 years old. 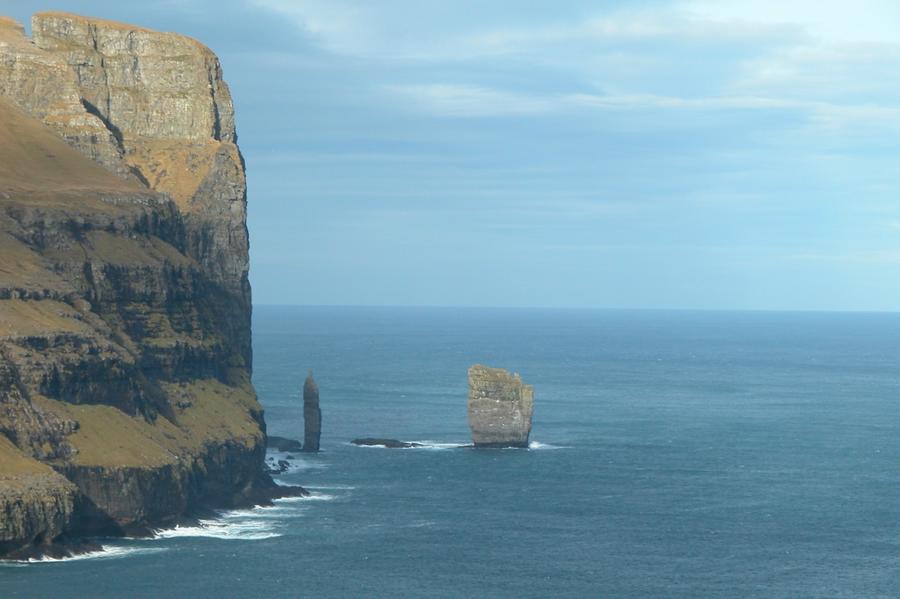 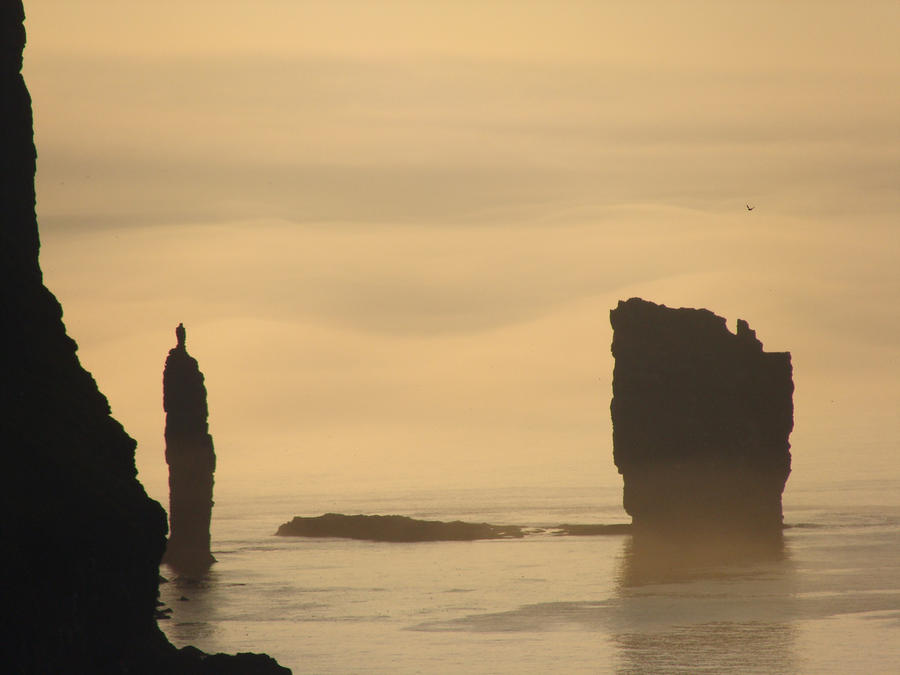 Giant height of 71 meters by 2 meters above the Sorceress. 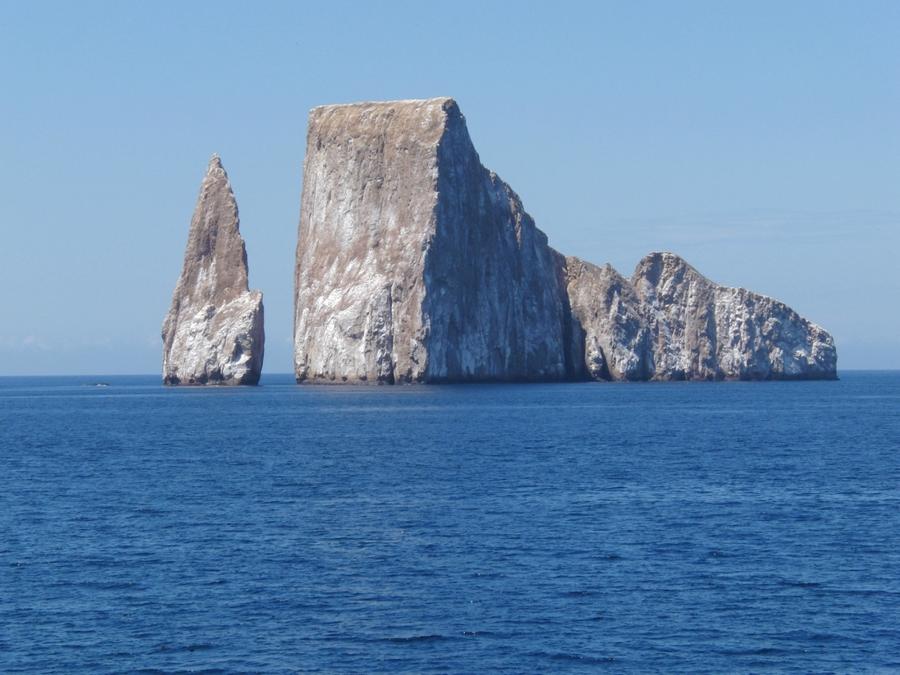 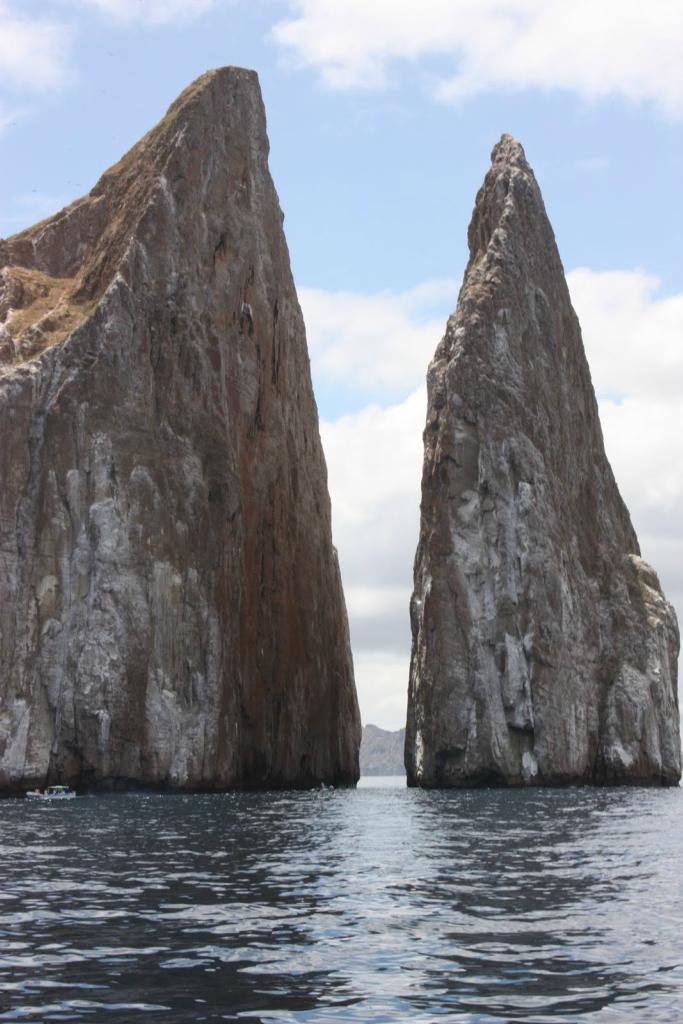 Located on the Galapagos Islands. The height of 152 meters. 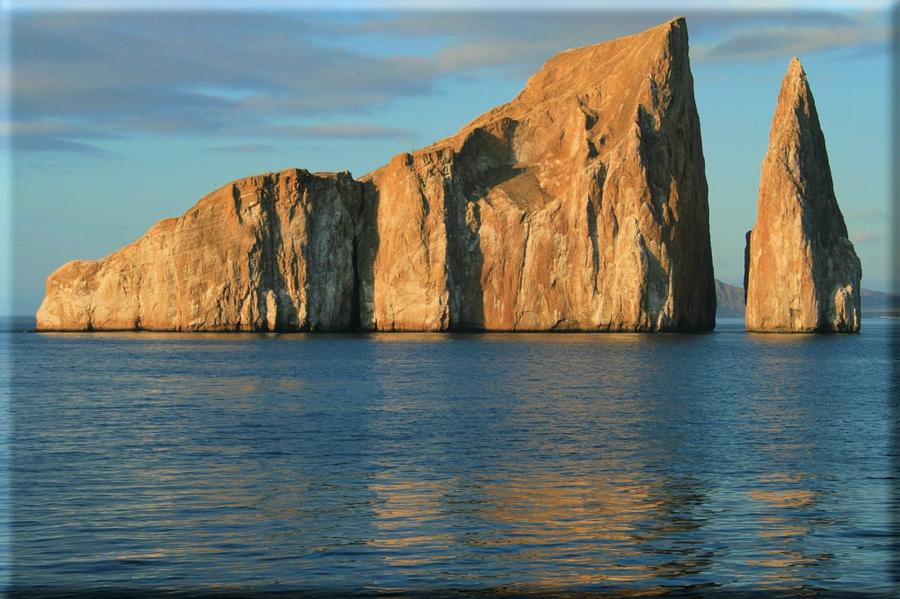 Formed by an underwater volcanic eruption on the cliff nesting colony of great birds. 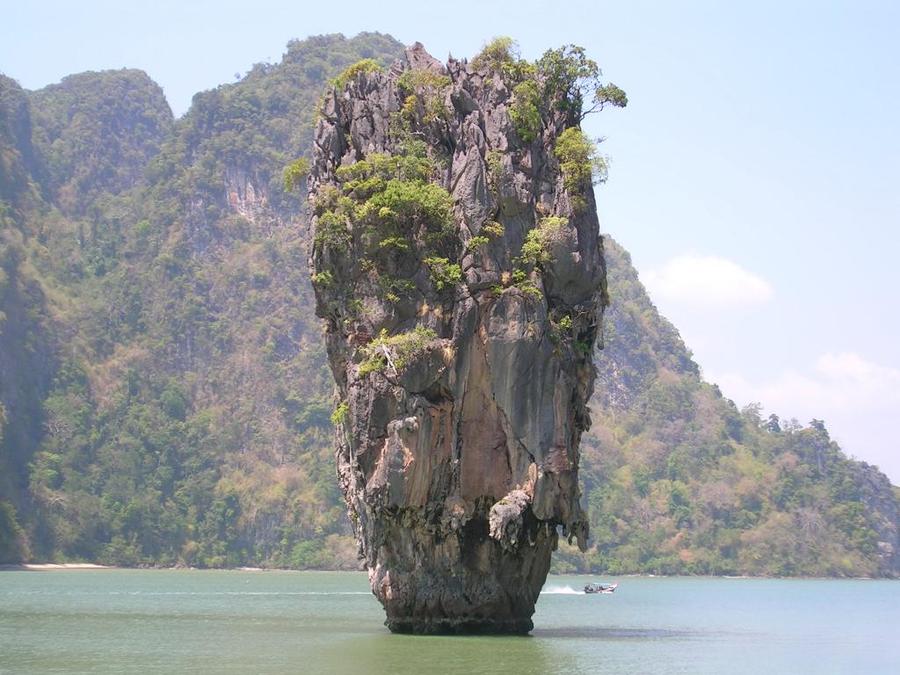 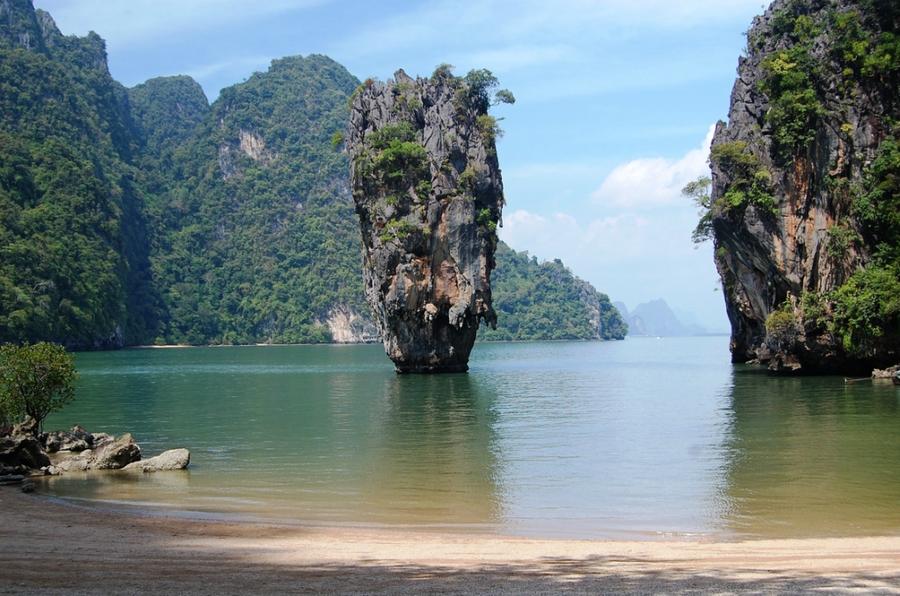 4 meters in diameter and 8 at the water meter at the top. Scientists say this place when it was a barrier reef when the ocean receded education whittle away the water and winds. 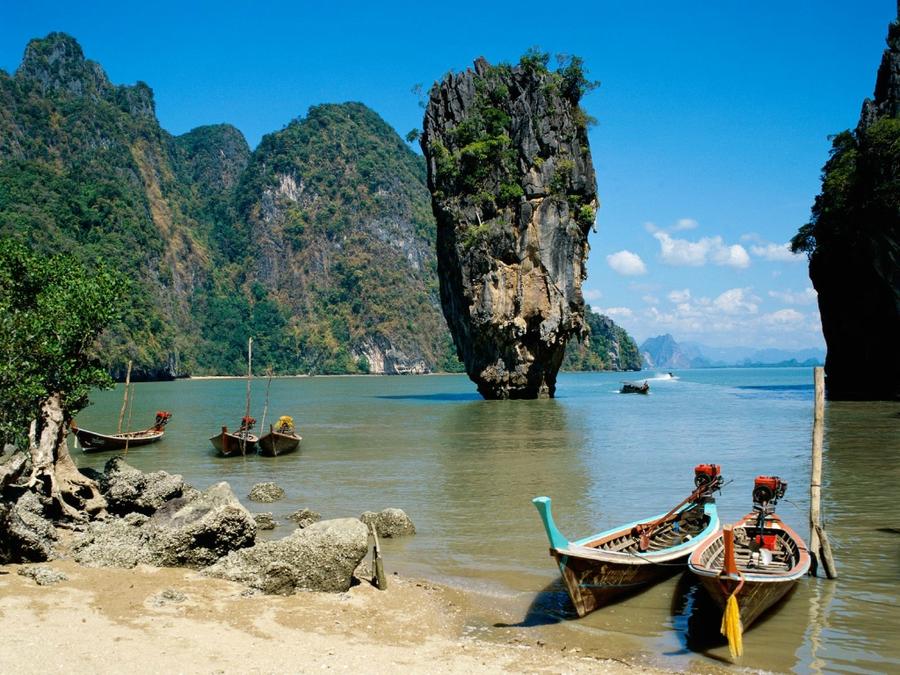 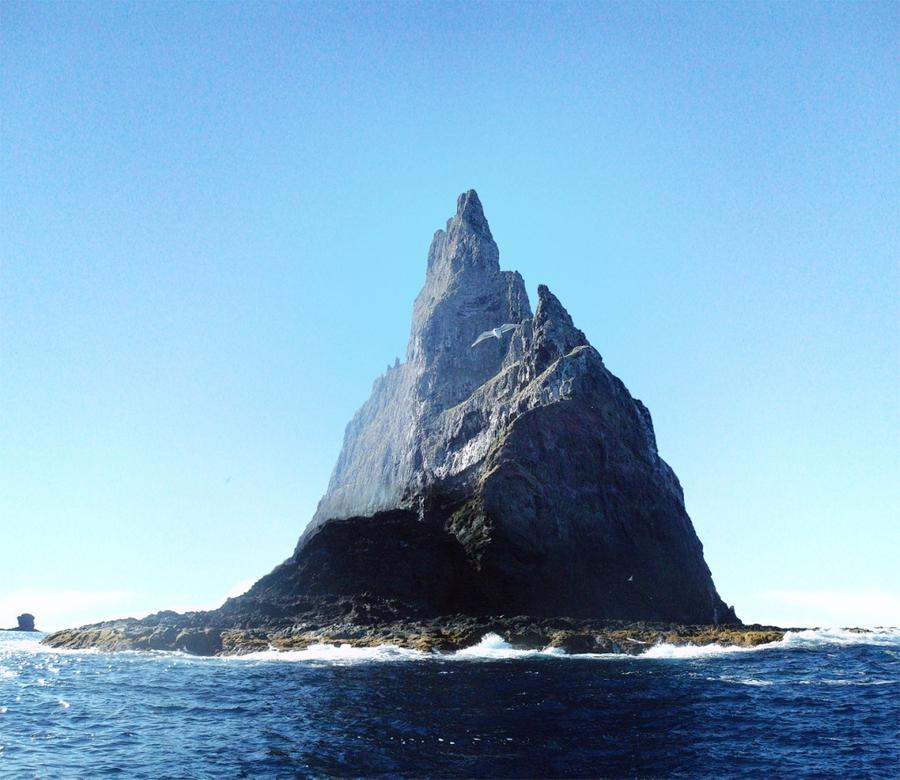 Rock Balls Pyramide small uninhabited island near the island of Lord – Howe, Australia in a place with which in 1788 he was inaugurated. The island resembles a huge sail height is 562m, width 200m. 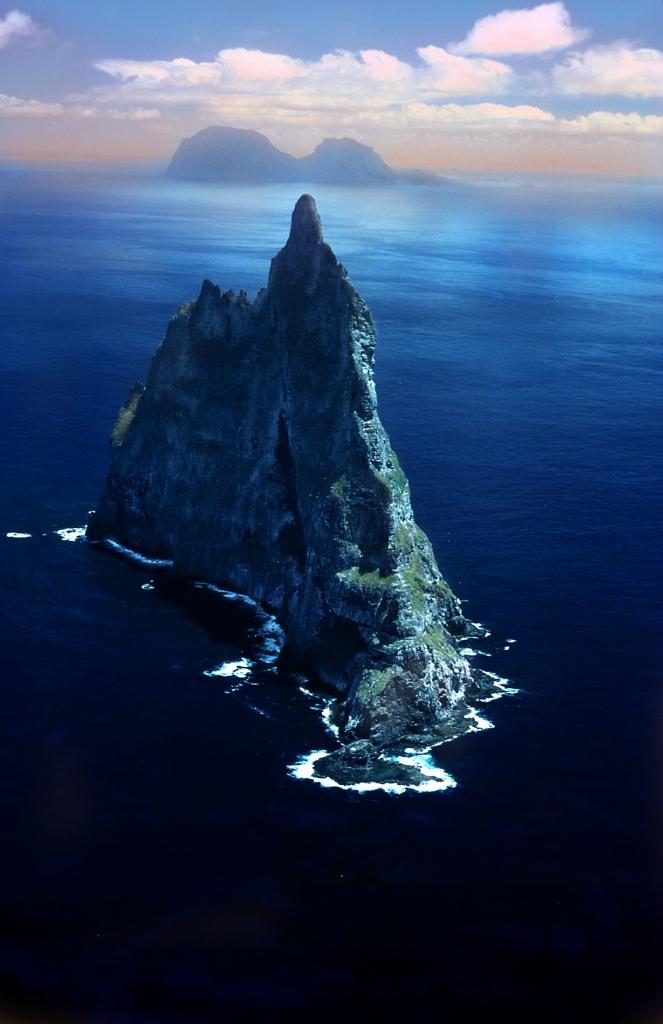 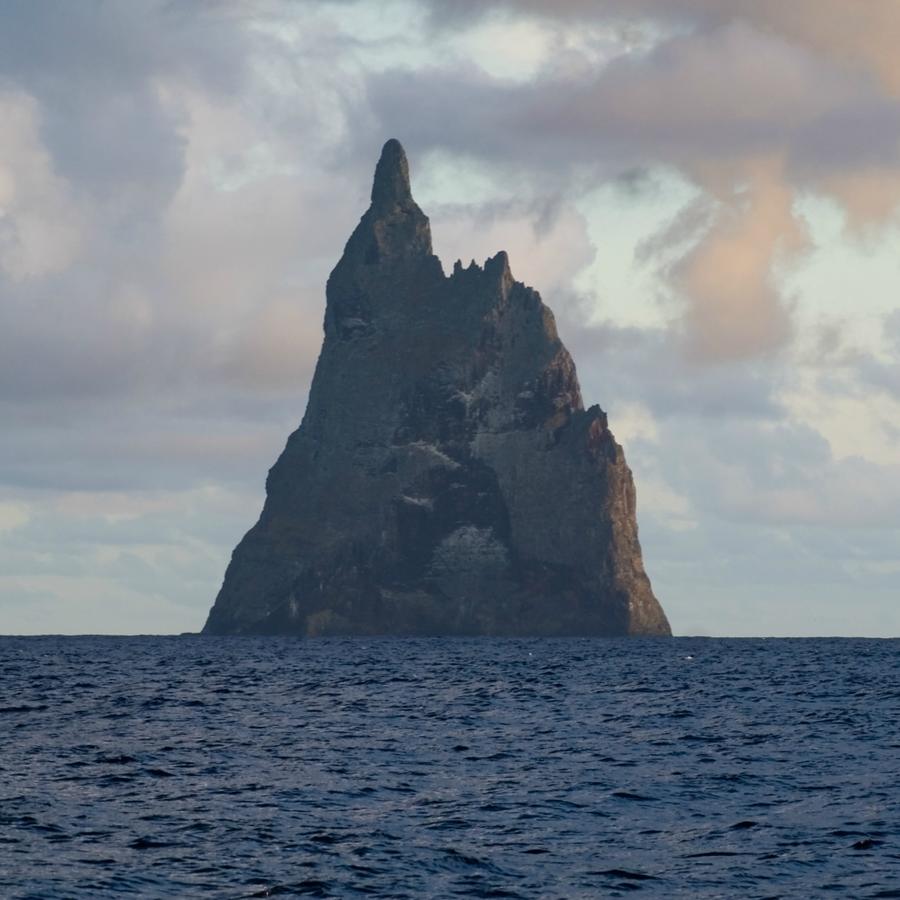 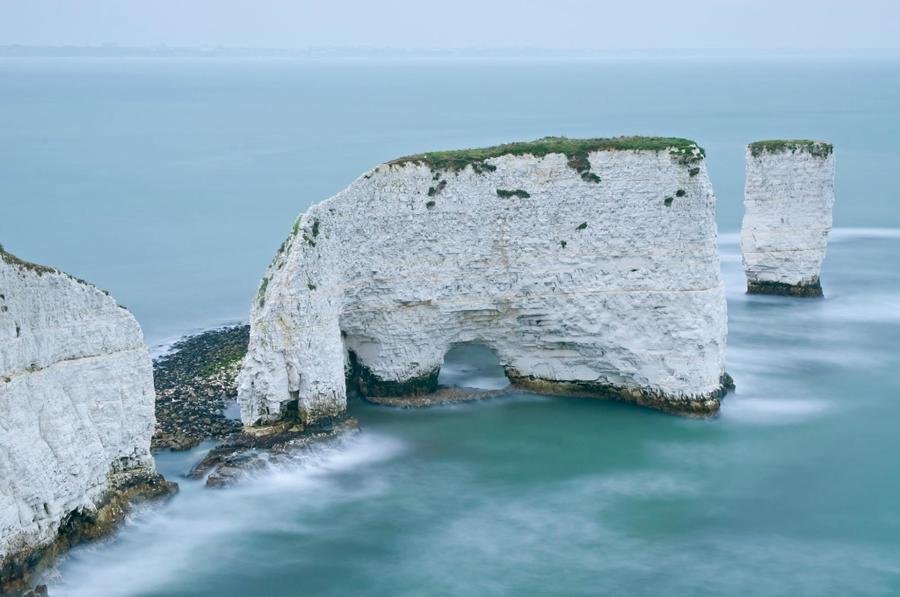 Old Harry’s Rock is located on the coast of Dorset, England. Rocks are composed of chalk. Rock quickly washed away by the surf. For example, in the 18th century from the bank could take up the far cliff. 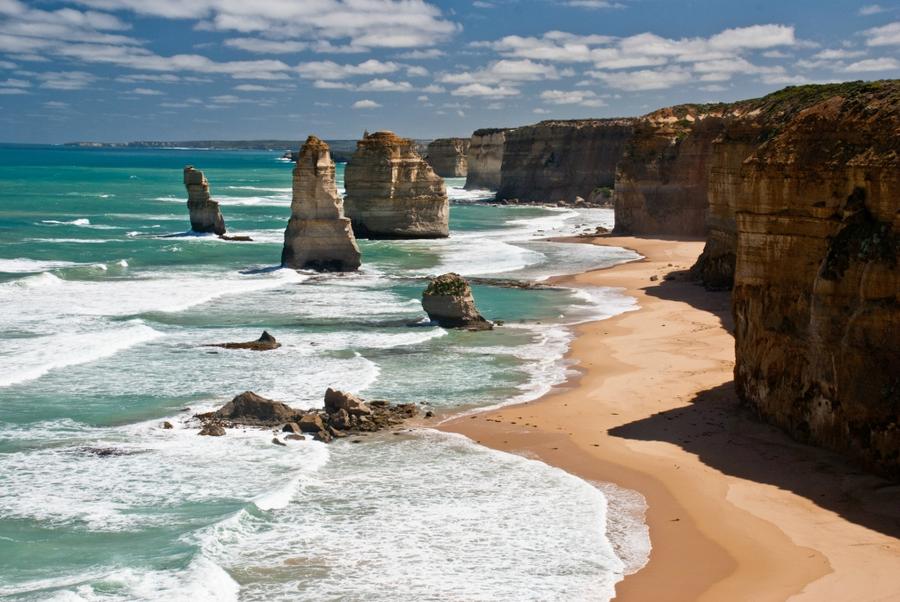 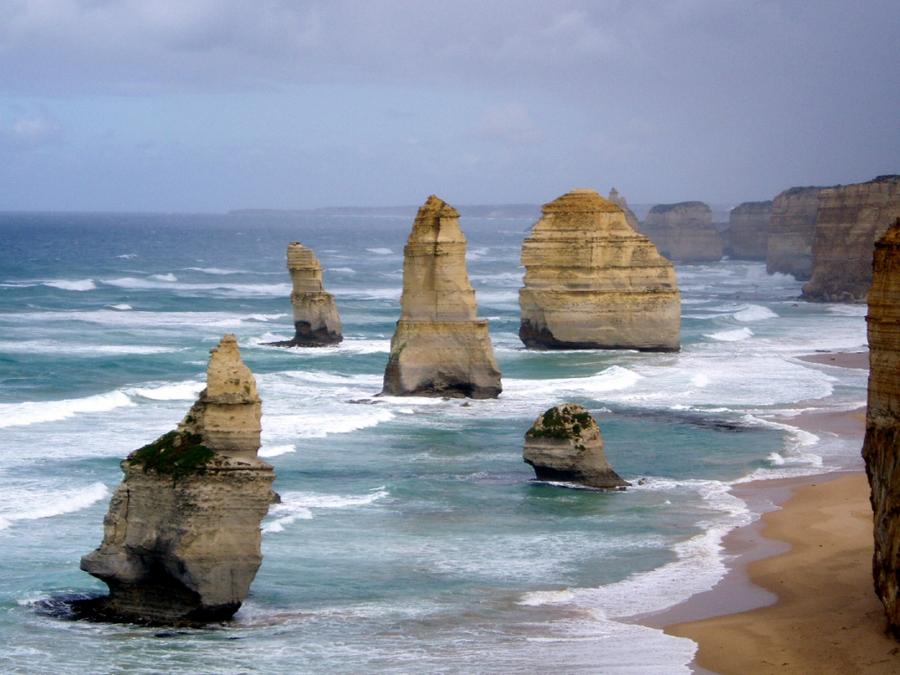 The rocks are called the Twelve Apostles, but in fact the rocky peaks was nine. Third in July 2005 one of the fallen rocks, and now have only eight of the apostles. 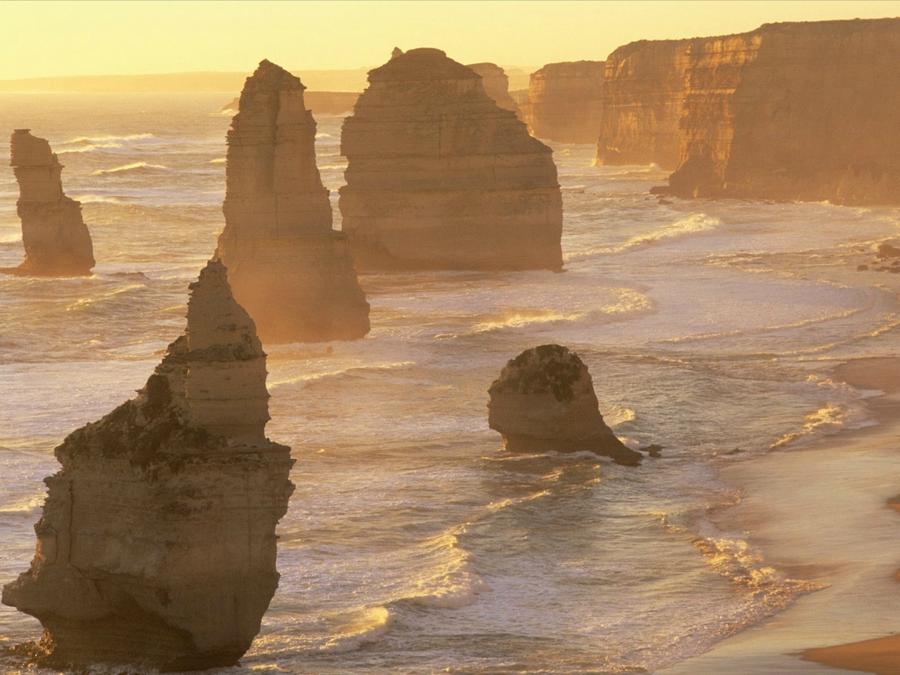 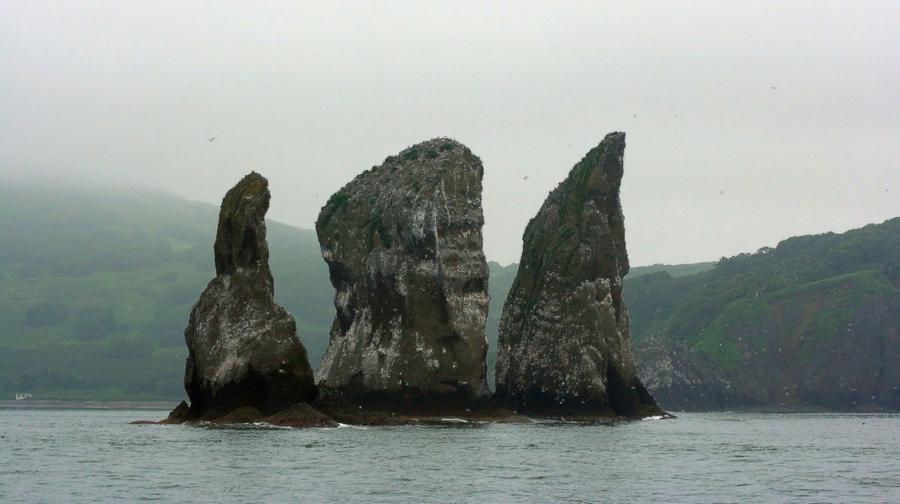 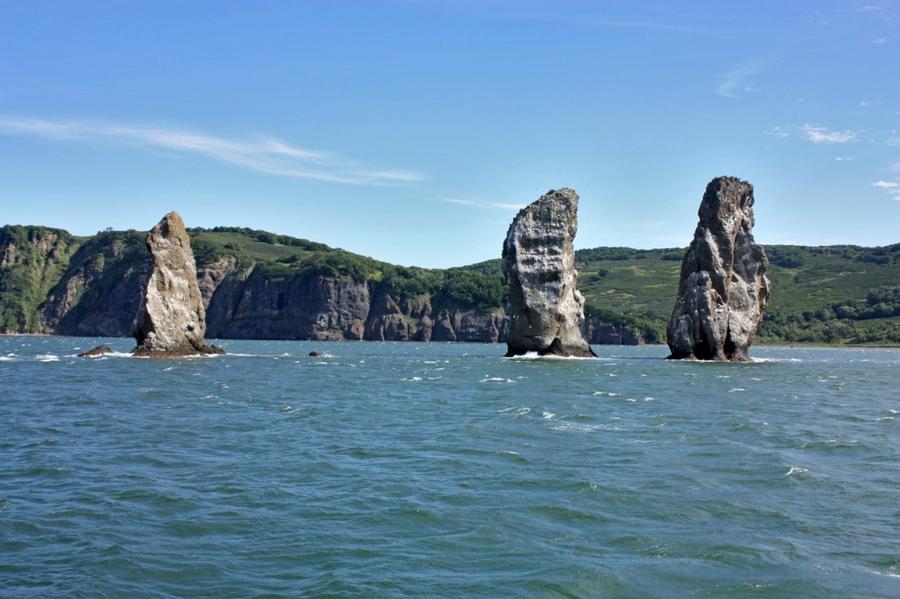 Rocks Three Brothers – is a monument to the nature of Kamchatka, landmark, frequented by tourists. One of the most photographed and “postcard” tourist sites on the Kamchatka Peninsula. 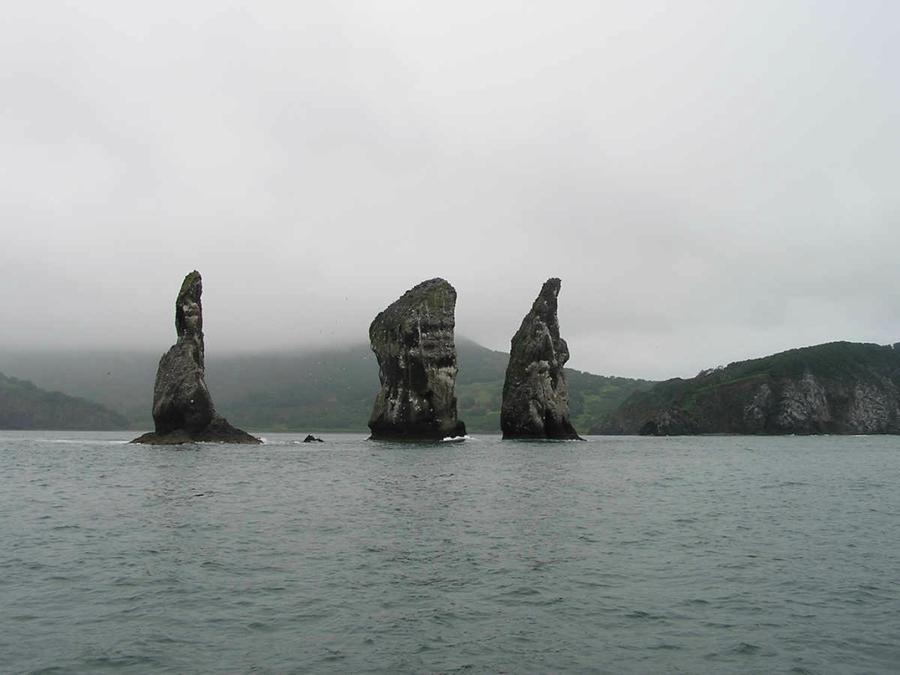