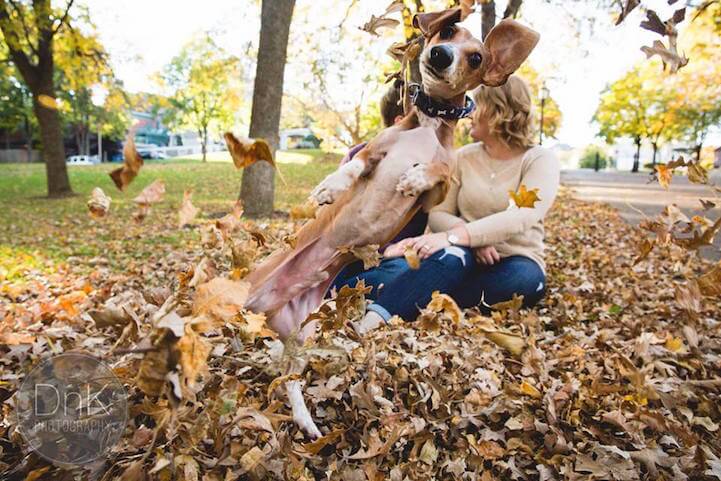 When Megan Determan and her fiancé Chris Kluthe decided to pose for their engagement photos, they thought it would be amusing to include their dachshund Louie. For her 25th birthday, Determan got a dog as a cute birthday gift for herself. Two years later, Kluthe became a part of the family and Louie had trouble sharing his owner with another person.

“If I’m cuddled up with Chris, Louie has to be right in there too,” Megan told BuzzFeed. “If I’m giving Chris a back rub, Louie needs to get one at the same time. When we were practicing our first dance the other day, he sat there and barked until I picked him up.”

While photographers of DnK Photography were filming an autumnal leaves-themed shot, Louie quickly became the center of attention. It turns out that the dachshund loves leaves, so he began to play, and hilariously photobomb Megan and Chris’s photographs. Though he may have taken the focus off the couple, they didn’t mind. In fact, Determan ordered a full-size canvas of Louie’s photobomb so she can hang it in her home. 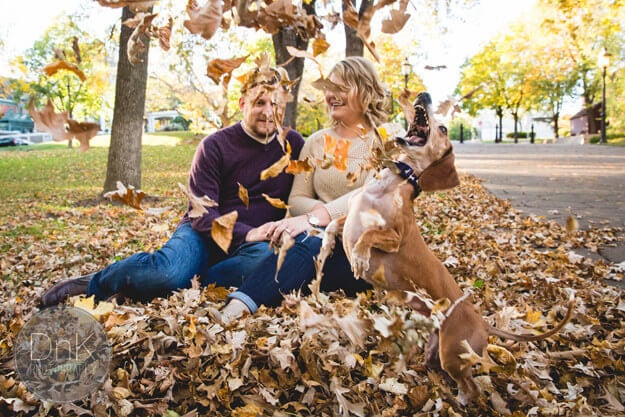 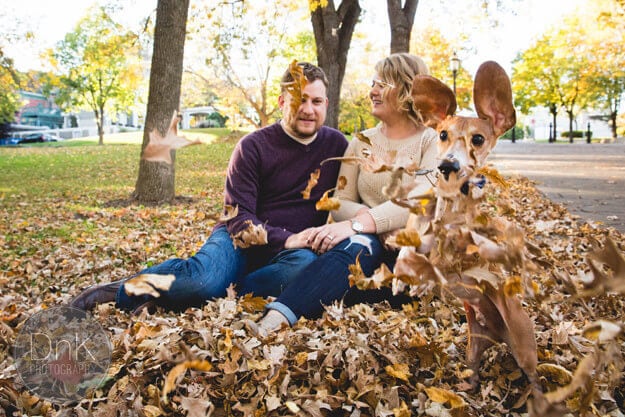 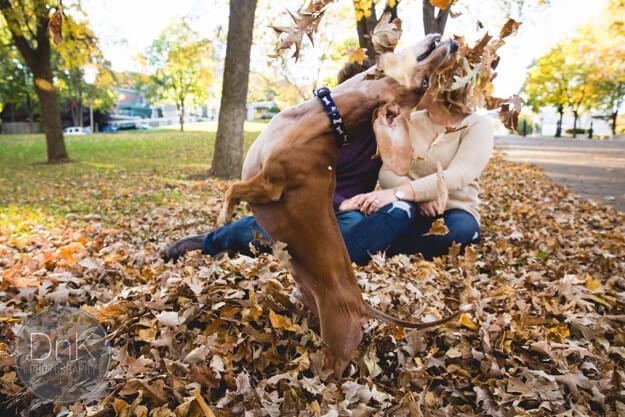 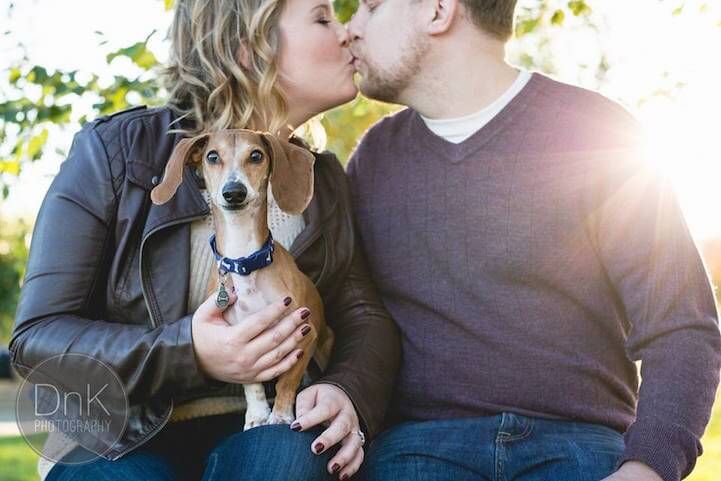 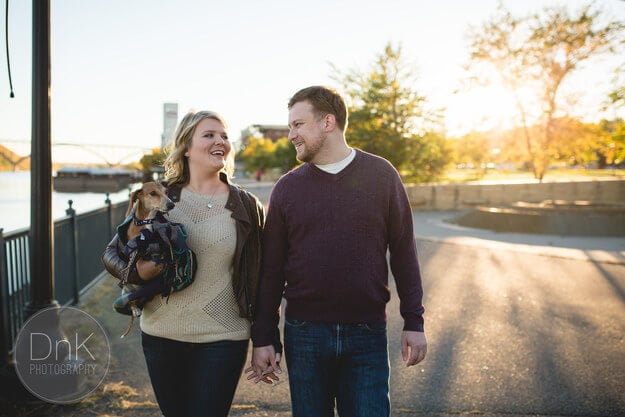 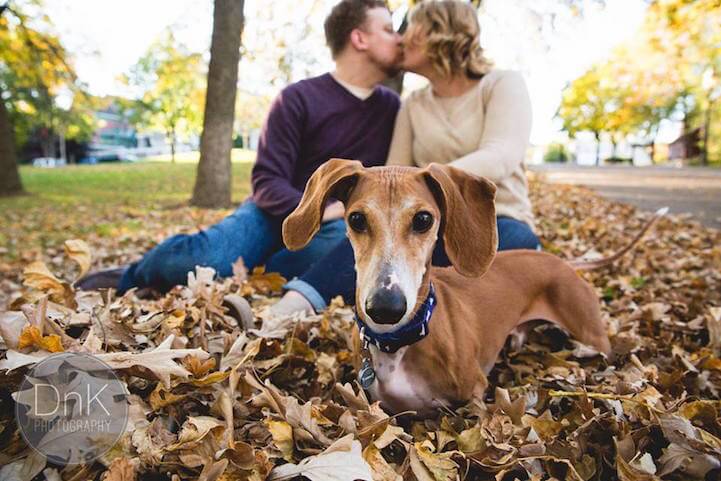