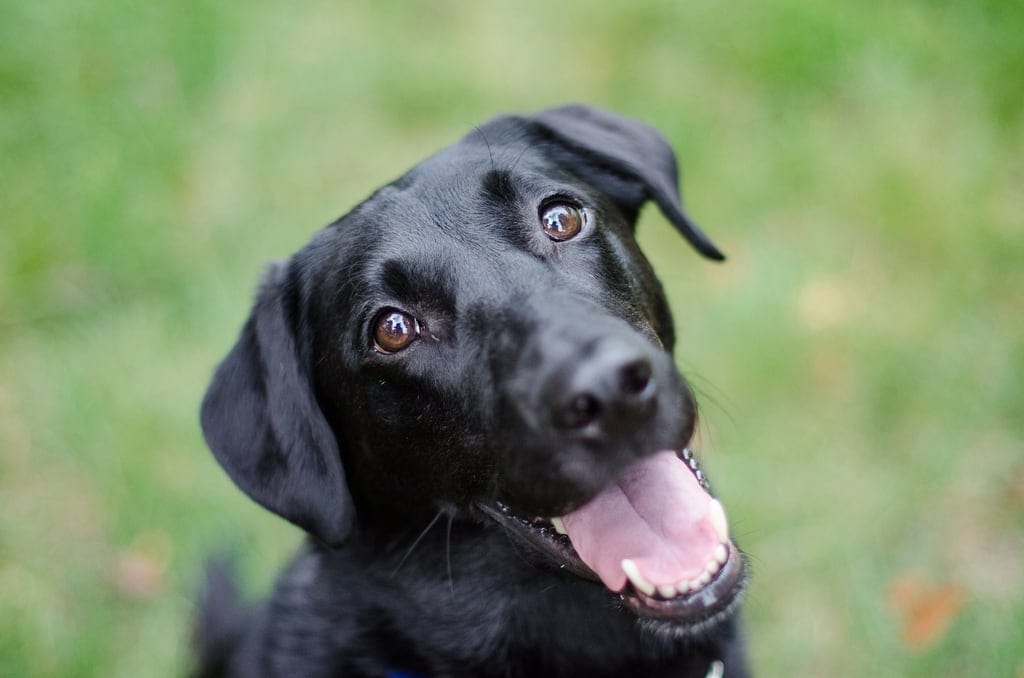 Hypnodog automatically goes to a first place, because it’s strange enough just being a hypnotist – even if you’re not a dog.

To anyone who was old enough to remember the year 1995 in the UK, this was the old-time version of making your dog Youtube famous.

The original hypnodog was Oscar – a black Labrador, whose owner Hugh Lennon believed him to have extraordinary hypnotic powers in his eyes. The duo went on to become famous nation-wide, make lots of money and, perhaps, actually hypnotize people.

Don’t know how that works? No one does. Perhaps our best chance of finding out is to check out Princess, Oscar’s successor. You can go ahead and watch this Youtube video of her putting people to sleep and making them forget how to count to 10.

And by the way, Princess? For a dog that can go inside people’s minds, that sound awfully close to a world domination fixation.

In the United States, dogs have a long history in local politics. In fact, you could go on Wikipedia, and you’d be surprised to find out there’s a whole page about non-human electoral candidates.

Bosco The Dog paved the way by being elected the Mayor of Sunol, California and remaining in office for ten years! And.. Bosco The Dog, as opposed to Bosco, the other non-canine Californian mayor.

There’s nothing strange about a dog athlete. But a super dog with 30K subscribers to its Youtube channel and millions of views on its parkour videos – that’s a serious working dog. Tret goes around the world, from Ukraine to Russia and Italy, jumping on fences, walls and totally living up to his nickname as Super Dog.

This is one of the most intense jobs that dogs are given. The so-called “paradog” not only free-falls from thousands of feet in altitude but lands on dangerous territory in Colombia where it goes on sniffing for bombs.

Even if the paradog is serving the people and doing an excellent job, perhaps we should ask this question – if a certain job is already too stressful for a human, how terrifying would it be for a dog?

Hiring dogs to help children with reading has gained popularity in recent years and studies show the results are fascinating. It turns out teaching is yet another thing that dogs do better than humans.

Experts say that the reason dogs are so helpful to children struggling with learning to read is that they don’t interrupt, they don’t correct or scowl you. They just listen! And they probably let you go to use the rest-room whenever you please.

Tucker is the leader of a crew of marine biologist, on the search for “scientific gold” – also known as whale poop. This dog has the amazing ability to sniff out endangered killer whale excrements floating on the water surface.

I bet his mantra going to work every morning is “Well, someone has to do it.”

Bodhi, also known as Menswear Dog, is not a regular dog model. He moved right past dog food commercials to Calvin Klein photo sessions. He even has his blog and his face on a book – a book so successful, that it was translated in several languages!

“Is it you chasing the tail, or is it the tail chasing you?”

In this case dogs also have an unfair advantage to humans of the same profession. Research shows that interacting with a dog instantly releases higher levels of dopamine and levels of oxytocin, while cortisol levels (the stress/depression hormone) are decreased. No one ever heard of a meeting with the doctor or psychotherapist making a person naturally happy!

Therapist dogs are used in hospitals, in war and in schools to keep people calm and positive.

Again, this is not a one-time thing. There are dozens of artistic dogs out there! And this is, in fact, a real job, because they, unlike most postgraduate art majors, are selling their paintings.

Arbor here, an iconic talent in the dog art community, sells her paintings for about 400$ a piece and all the money goes to charity. So not only does the dog make more than most of us do, but it also spends it better.

Dogs can sniff things out, we know, and there’s nothing bizarre about that. What’s strange, however, is the list of unbelievable things they can find.

A dog‘s sense of smell is somewhere between 10K and 100K stronger than a man’s. Here’s some things aside from people, bombs and drugs that you might not know a dog can smell:

Dogs can be trained to find hard drives and virtually any computer gear: Yes, you didn’t suspect computers even had a smell and neither did we.

Dogs can diagnose actual patients! The are used in medicine to detect cancer in very early stages, specifically lung, ovarian and breast cancer. The cancer dog has an accuracy of 98%! In the case of colon cancer, it’s better at finding it than the standard blood test. Sometimes all it needs is to smell your breath.

Cancer is not all. Dogs can predict seizures, narcolepsy, allergies and diabetes.

You probably knew there are talented rat-catching dog breeds, but it’s not all. Dogs have a 96% accuracy in smelling bed bug infestations!

Dogs can smell it when cows are ovulating, even though we’re sure they’d give up that power if they could. What’s impressive is that they can sniff out a diseased beehive.

So, if you’ve reached this far, now you know – dogs are too good for this world. They are fantastic at almost anything, and to this day their only existing weakness seems to be the inability to get a long stick over a narrow space.