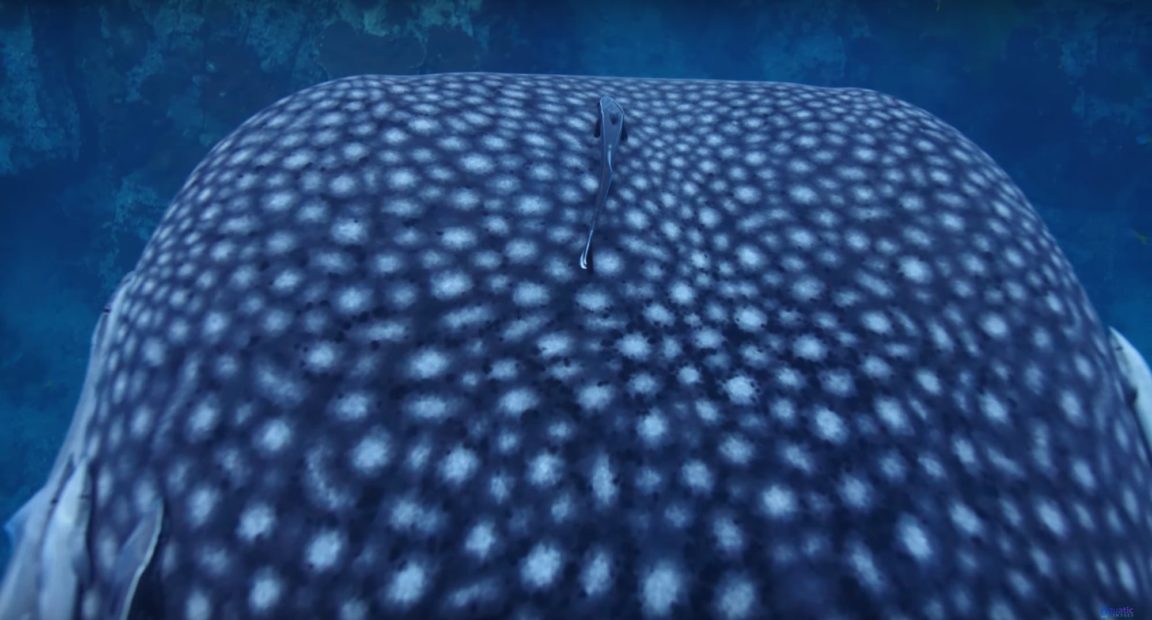 In a rare whale shark sighting, underwater footage captured off the coast of Ko Tao in Thailand shows the spotted body of a whale shark gliding gracefully through the Gulf of Thailand with dozens of remora tagging along for the ride. A small team from Aquatic Images visited the massive whale shark on two occasions. The enormous, slow-moving creature is revealed in its natural habitat, and it’s easy to see why it’s called one of the most elegant animals in the sea.

The largest living fish species are the whale sharks (Rhincodon typus), which are filter-feeding cross-flow filter feeders similar to flamingos. Instead of passing through their filters, the water flows past them to the back of the throat rather than into them using a cross-flow approach. Each individual’s pattern is distinct, so no two marks are alike, making them look like human fingerprints.

The “gentle giant” has returned for the second time in recent years, and you can watch more of its undersea videos on YouTube.