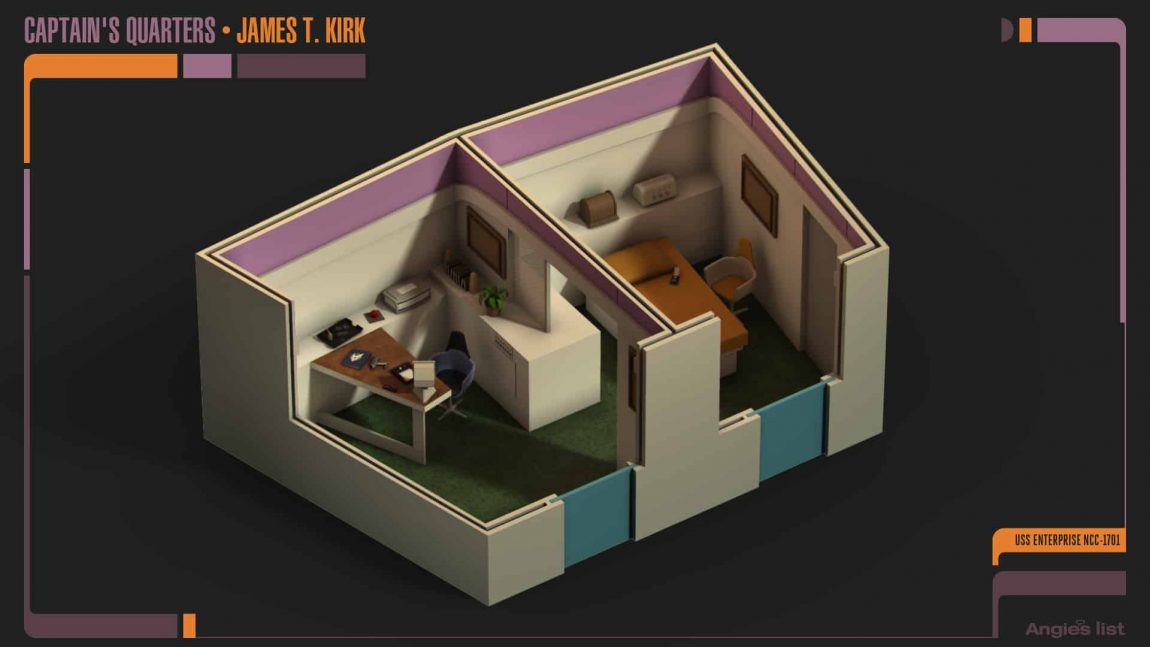 If you’ve ever imagined what it would be like to be the captain of the USS Enterprise, you’ve now got the chance to see exactly where you’d be living. These floor plans bring those famous rooms to life so you can really picture yourself there, flying through the stars, boldly going where no-one has gone before.

Across all of the Star Trek TV shows, the captain’s quarters have always been an important location, giving the likes of James T. Kirk and Jean-Luc Picard somewhere to compose themselves, gather their thoughts and – in the case of the former at least – seduce alien babes.

Even when the shows have focused away from the Enterprise, the captains have still needed their own space, whether it’s Benjamin Sisko on Deep Space Nine or Kathryn Janeway, whose quarters offered some familiarity and stability after her ship was flung halfway across the universe.

Bringing us right up to date, Gabriel Lorca’s quarters on Netflix’s Star Trek Discovery may lack the monsters and weapons of his menagerie but the lack of personal touches maybe offer clues as to this most enigmatic of Starfleet captains.

So take a look at these 3D models and see which of the captain’s quarters would suit your style of leadership best, perhaps while sipping a ‘tea, Earl Grey, hot’?