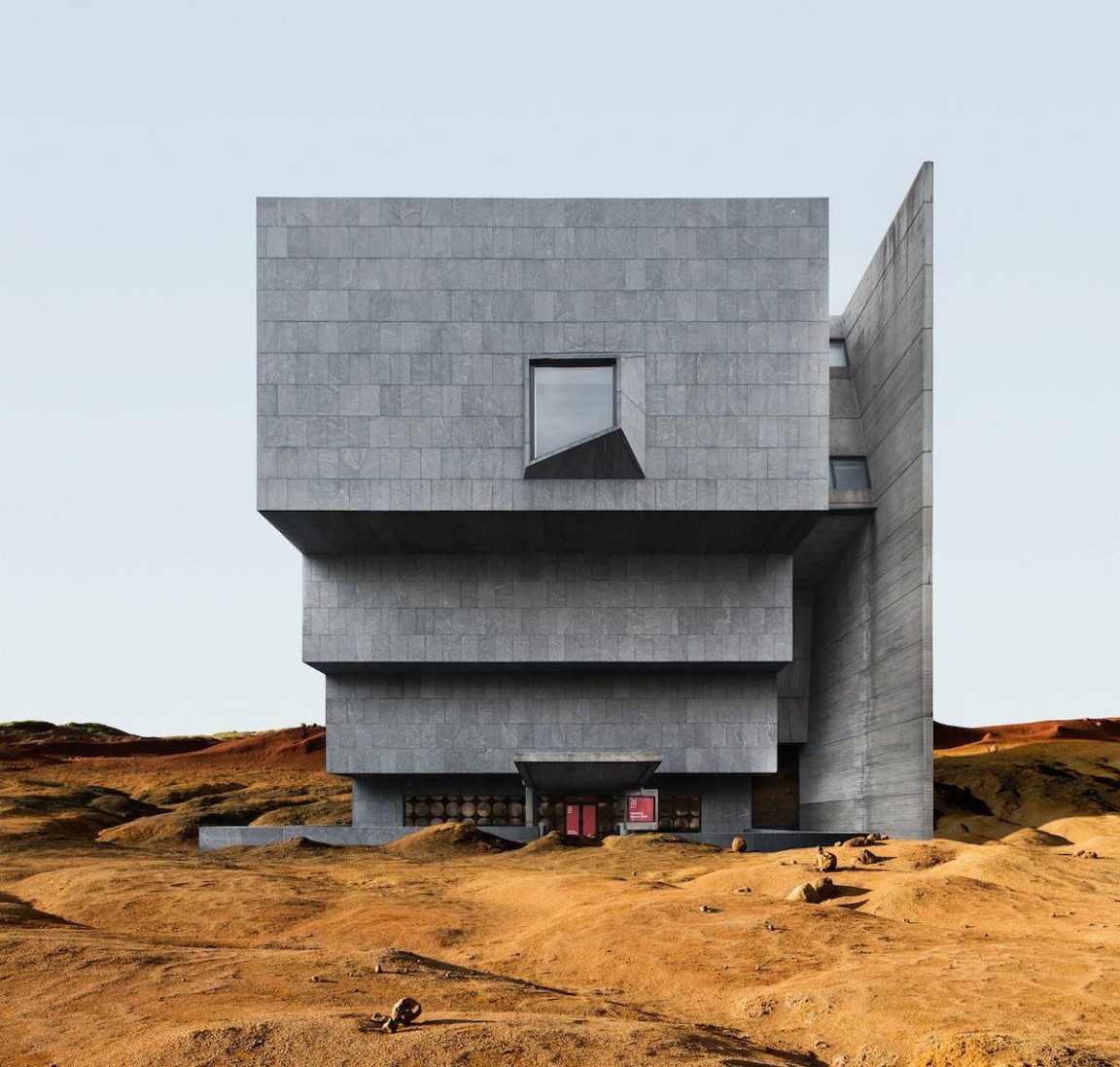 For his collage collection, Misplaced, Brooklyn-based designer and photographer Anton Repponen plucked 11 of New York‘s famous landmarks from their urban environment and inserted them to desolate landscapes. From context, these concrete giants and steel-and-glass towers appear as though they’re futuristic spaceships that have just landed on alien planets.

Scattered across sand dunes, mud flats, and barren plains, the lost architectural monuments include some New York’s most famous museums and business centers, designed by the world’s famous architects. Each photograph from the show is accompanied by intriguing stories written by Jon Earle.

“To be honest, this project started just as a photography experiment. I was curious about what would be the best and most efficient way to take architectural photos with a head-on angle. I tried many different techniques and did quite a lot of research. After I took a few photos and corrected distortion and perspective, I started “cleaning” up the facades in post-production—removing ugly store and coffee shops logos, scaffolding, unnecessary signs, cars parked in front of the building, people, etc. I wanted to see the building how architect intended it to be. After a massive cleaning up I decided to remove all the other noisy surroundings and someplace it someplace else in a clean clutter-less environment. When I had three or four buildings completed, I put them next to each other, and it looked like they all belonged together – only then did I think of this as a series and as a photography art project. Anton told to Evening Standard.

The cylindrical Solomon R. Guggenheim Museum is portrayed rising from apparently uninhabited “volcanic mudflats of X” where humorously, Earle writes, “Ticket sales have been slow.” The construction itself recalls when it was first constructed, saying, “There’s only 1 window since the glass was so sexy none of the men would touch it. Nah, I’m just kidding. Breuer wanted it that way. I kind of like it; it is like a cyclops eye or even a barnacle or something.”

You can even buy prints in the show on Society6.