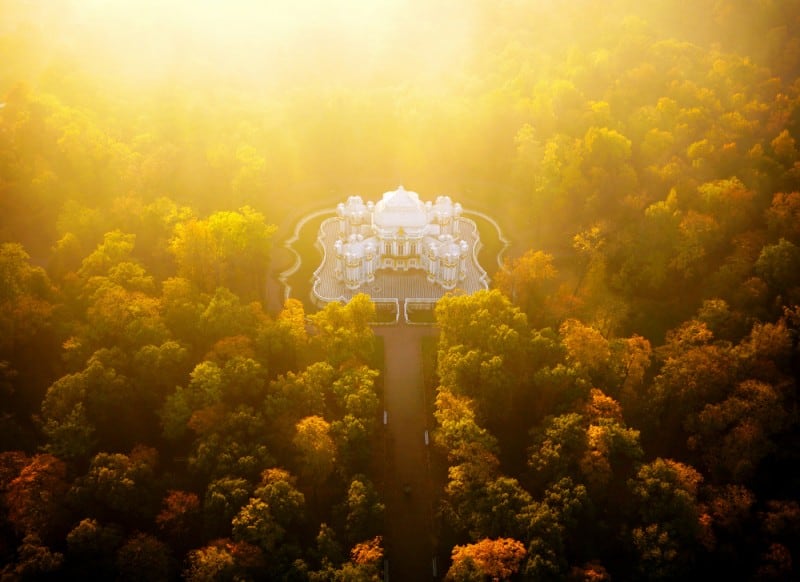 New Zealand-based artist Amos Chapple captures the world from a bird-eye view in his beautiful series named “Air”. He uses drone technology to snap remarkable pictures high in the sky. Architectural sights like the Taj Mahal, Lotus Temple, and Saint Petersburg’s Hermitage Pavilion are all featured, along with some less known sights. They’re bathed in a bright, soft light and cover an impossible distance. Chapple was involved in consumer drones as soon as they hit the market. He obtained one, mastered how to fly it, and then began to travel the earth. Those photos were taken before drone photography was banned or otherwise restrained. “There was a window of about 18 months where it was likely to fly these things anywhere, and people were delighted to see it. I’m glad I made use of that time,” Chapple explains.

The star fort at Bourtange, Netherlands

Church of the Saviour on Spilled Blood, Saint Petersburg, Russia