Estudio Cavernas is an architecture and construction non-profit organization based in Mae sot, on the Thai-Burma border. This region that hosts a big number of migrants and refugees that come here trying to flee the longstanding conflict in Burma, but then often find themselves living under scarce and shaky conditions. Just a few km away from this border, adjacent to a reservoir, is located a youth center providing services to Karen migrant youth.

Estudio Cavernas’ Hua Fai youth center transgresses traditional layouts of these institutions, which maximize utility with little regard for the complex social needs of the childhood inhabiting these spaces. This project aimed to expand current facilities to accommodate the increased number of youth accessing instruction programs in the community. The growth involved the building of a communal open area eight units and bath for the use of the pupils. Five separate units were constructed, four of these were split symmetrically to make eight separate spaces to be utilized as private rooms, and a fifth unit, a washroom (hygiene facility), houses the showers and bathrooms. 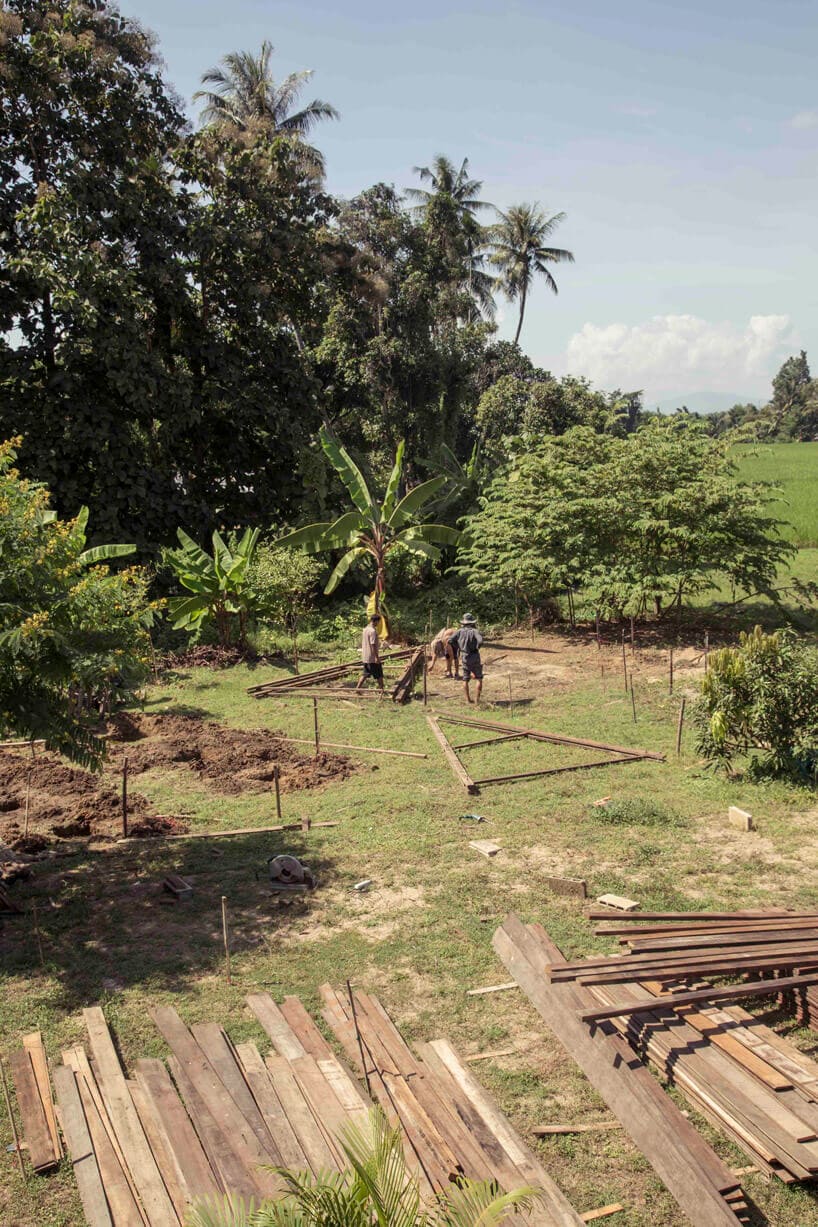 The structures have been premised upon two chief objectives. Firstly, to control the quantity of sun-exposed on the roofs and avoid excessive heat within the cabins. Due to the tropical savanna climate of the region, both heavy rains and power were concerns when planning for this project. Projecting shadows one into the other, the total amount of direct sun light reduced drastically. 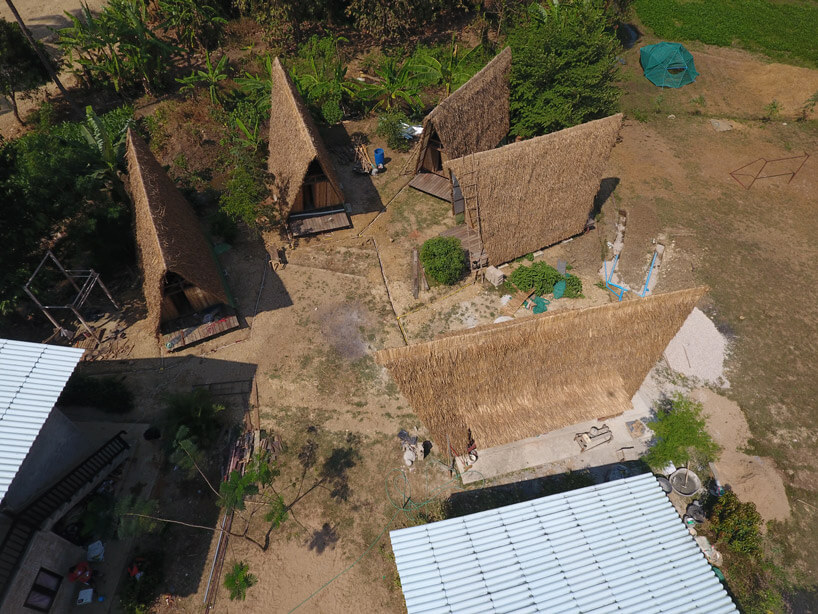 Second, to make a public space, accomplished by orienting the access of the personal area in an open area, which behaves a gathering area. The structure, after a similar spatial layout utilized by Karen villagers, encourages interaction among dwellers. The volumetry derives from the concept of Estudio Espacial’s ‘casa techo,’ an approach to a solution for the emergency home that says that ‘a roof is a house.’ The emergency unit concept was modified to adapt to the facility’s permanent nature, accounting for its ecological and societal conditions of the circumstance. 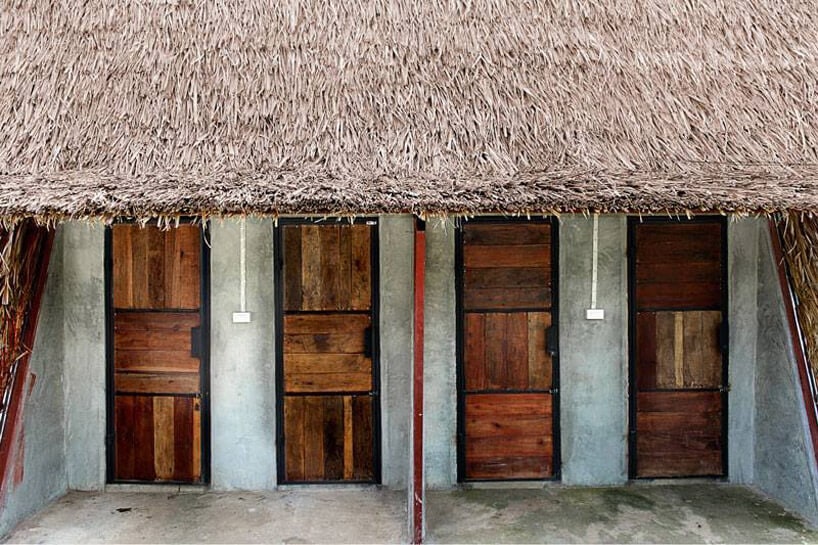 The roofing design borrows elements from the local structure found within this region, which optimizes the use locally available materials. The roof is comprised of 3 layers; an inner layer of aluzinc, screwed to the wood structure to ensure it is impermeable to rain, a middle layer of chamomile trunks positioned vertically to make venting, and an upper layer of sugarcane leaves locally assembled within the community. Floor amount openings of fiberglass panels were used to bring light to the ground floor of the chambers. 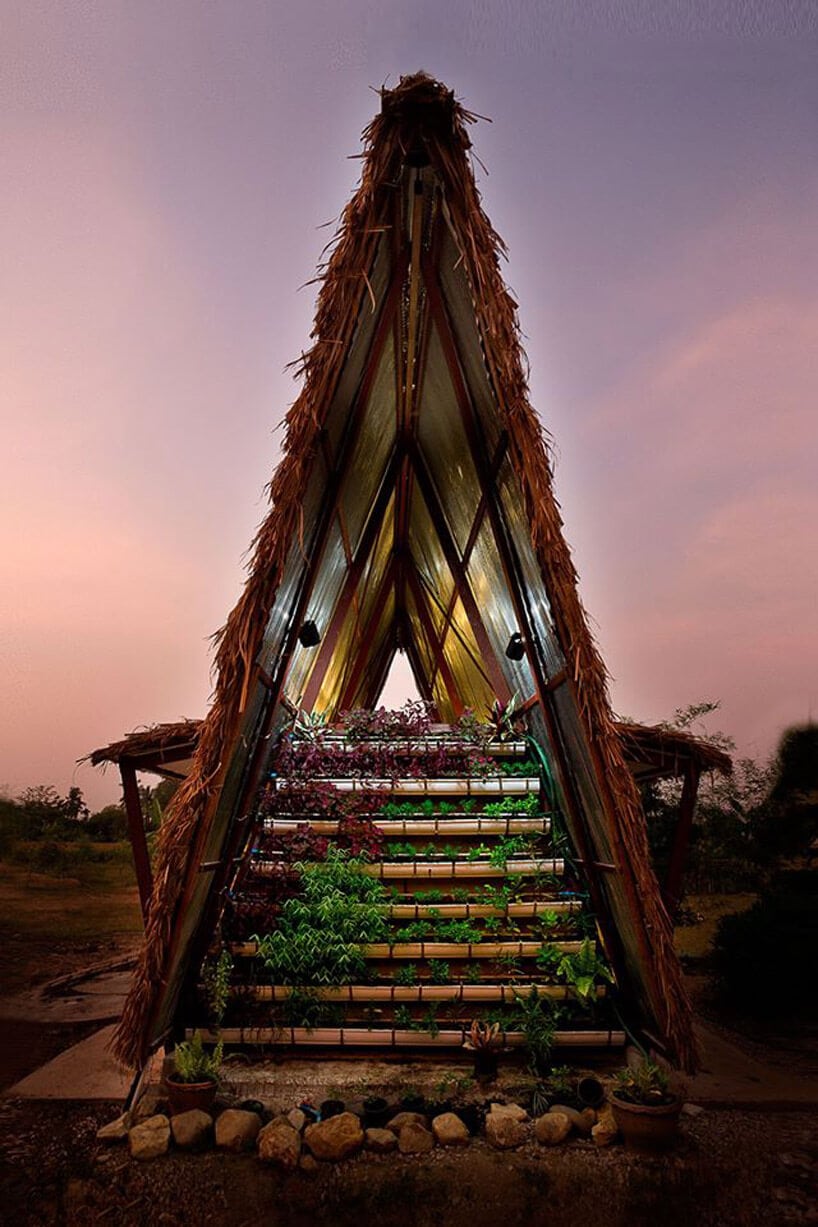 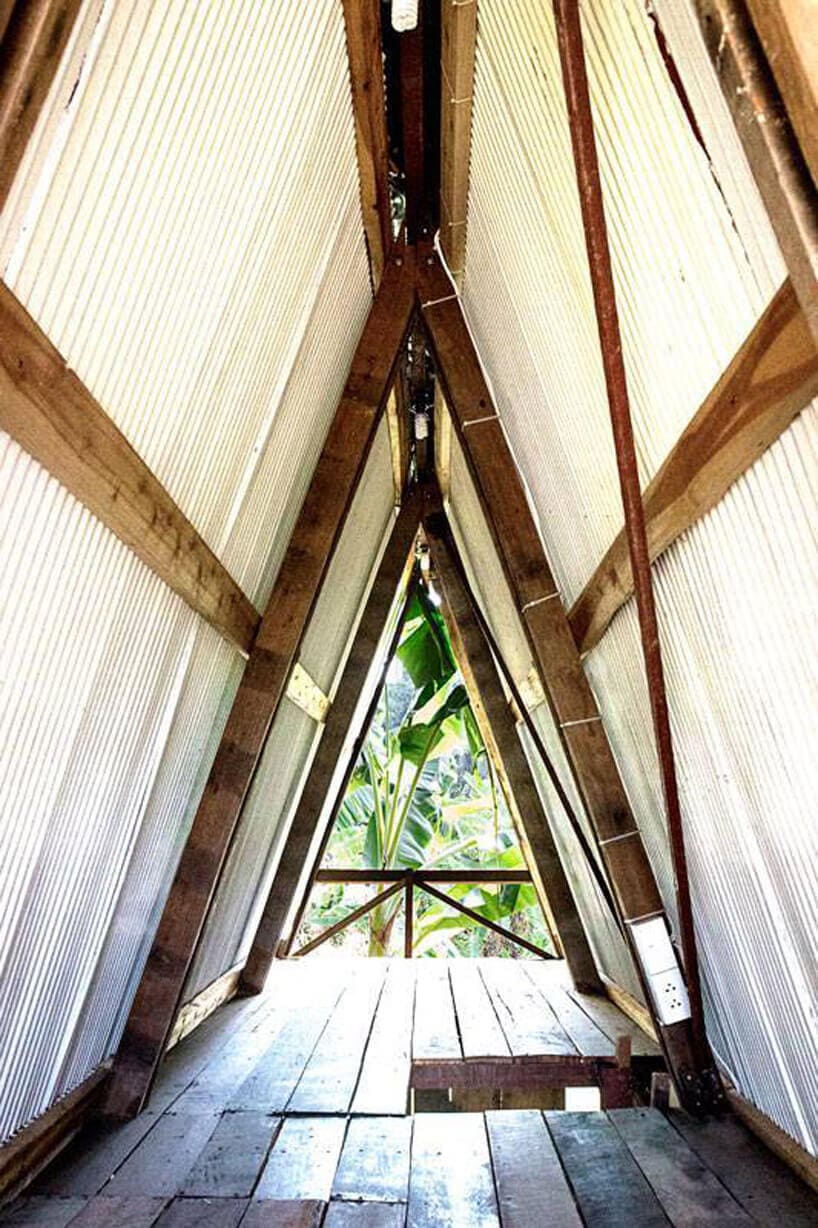 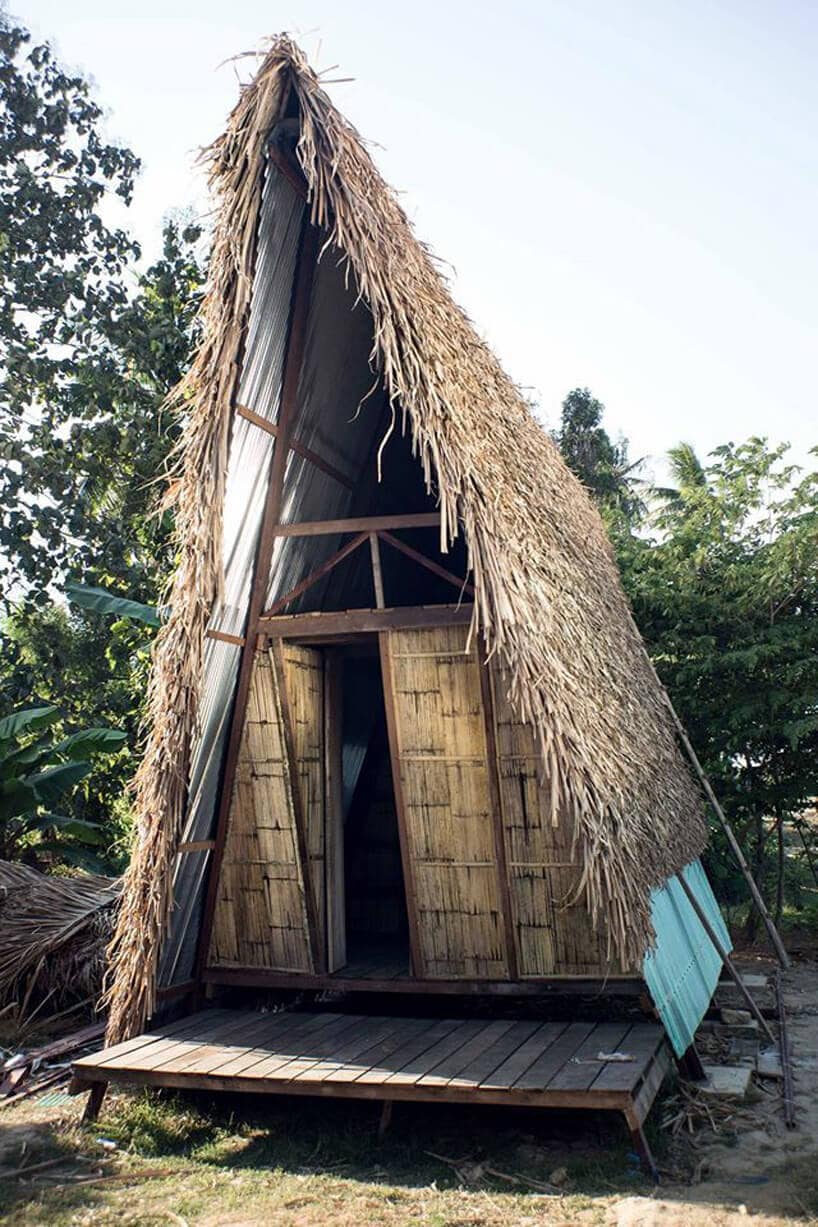 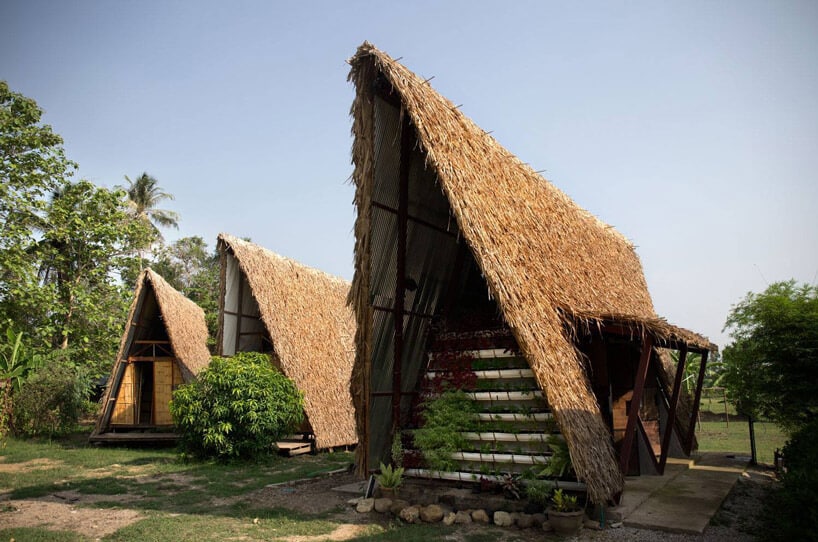 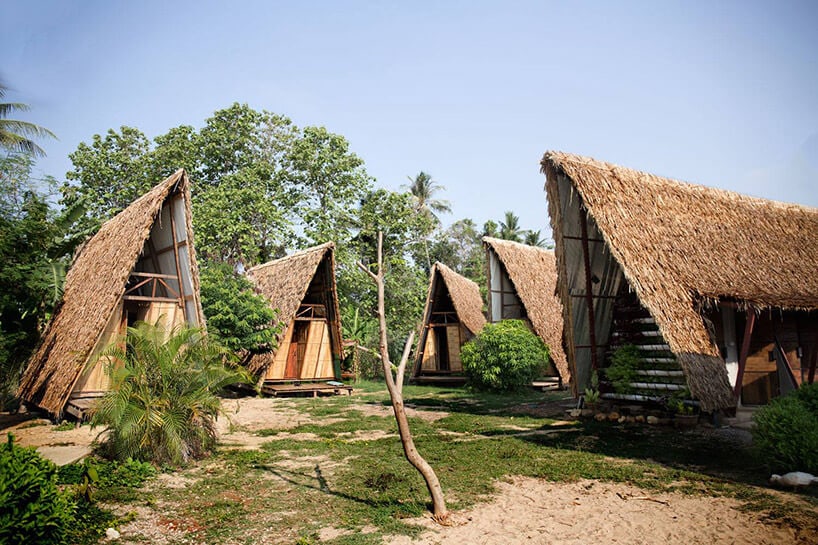 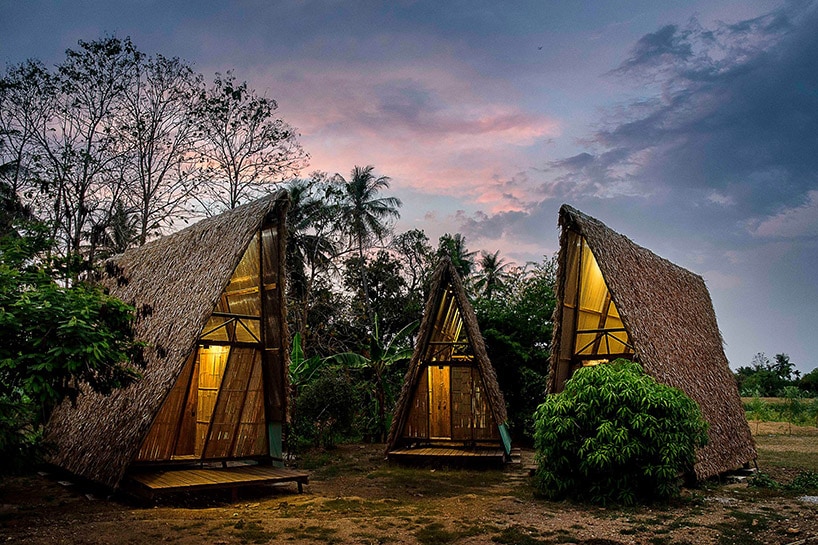