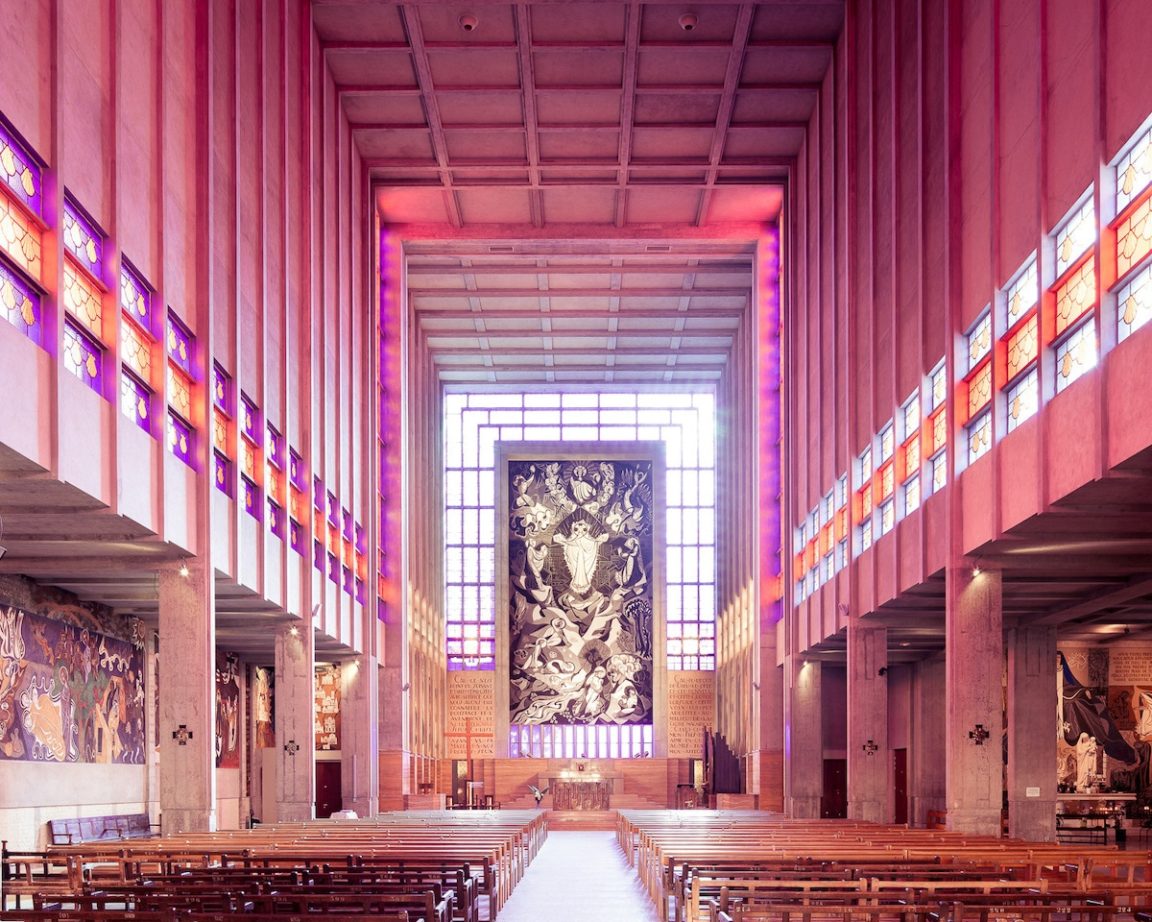 Photographer Thibaud Poirier traveled through Europe to photograph the magnificent interiors of cathedrals and temples. Poirier concluded his Sacred Spaces series with 15 more modernist worship sites, chronicling them through photographs. He maintains the same composition in each shot, with the focus placed at the front of the pulpit.
The Manchego buildings’ meticulous documentation makes for easy comparisons of the structures’ aesthetics as viewers scroll through the sequence. Other features, such as the length of pews and the images at the pulpit, will remain constant, even if the vault height and length of corridors vary. The conjunction of the three rooms is reinforced by their color scheme, which also serves as a metaphor for structure and light. The sacred atmosphere of these rooms might be seen as the consequence of a properly positioned skylight or a great arch.
The architectural gestures, on the other hand, are certainly visible. When discussing these interiors’ shared elements, Poirier is more poetic. “Despite their vast stylistic differences,” he adds, “the common glue between these churches is visible only to the human eye and vibrates within each of us: the emotional state one is in while present. The feeling of connection. The sense that we are part of something greater than ourselves.”
The COVID-19 pandemic has necessitated a change in the show’s production schedule. The second volume of Sacred Spaces, mostly photographs from churches in France, Germany, and the Netherlands erected between the 20th and 21st centuries. Poirier will add more to the series as restrictions are lifted.
For more from Poirier, visit our coverage of his debut works in Sacred Spaces. His whole body of work may be found on his website.