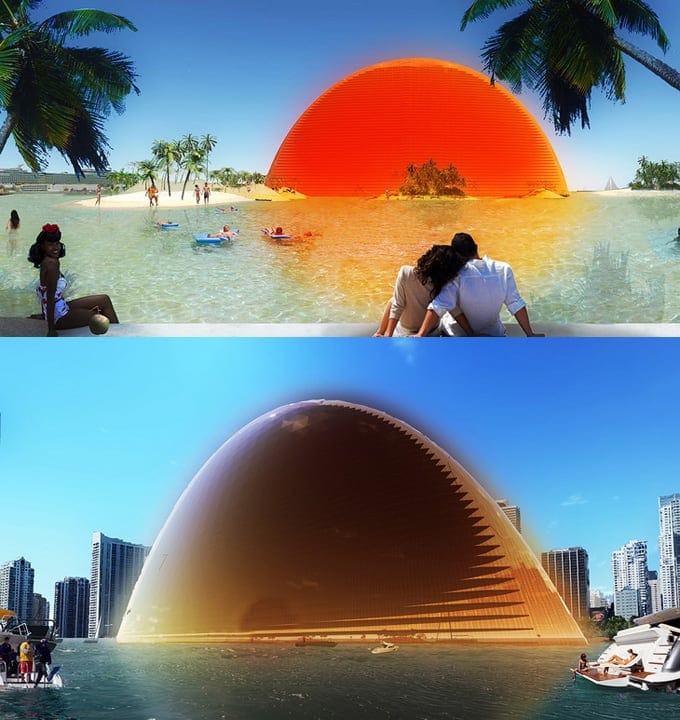 The city of Miami, Florida is synonymous with sun, surf, and no small amount of flamboyant decadence. Tapping into the energy of the Sunshine State, architectural firm Visiondivision has entered their conceptualization of the Bayfront Park into a competition to create a landmark attraction for the area. Their plans for the Miami Sun building include a giant grid shell structure with a glass facade that is covered with solar panels. But most notably, during the day the shell will appear tinted to mimic the sun, and at night it will glow to appear like a milky white moon! See the construction below!