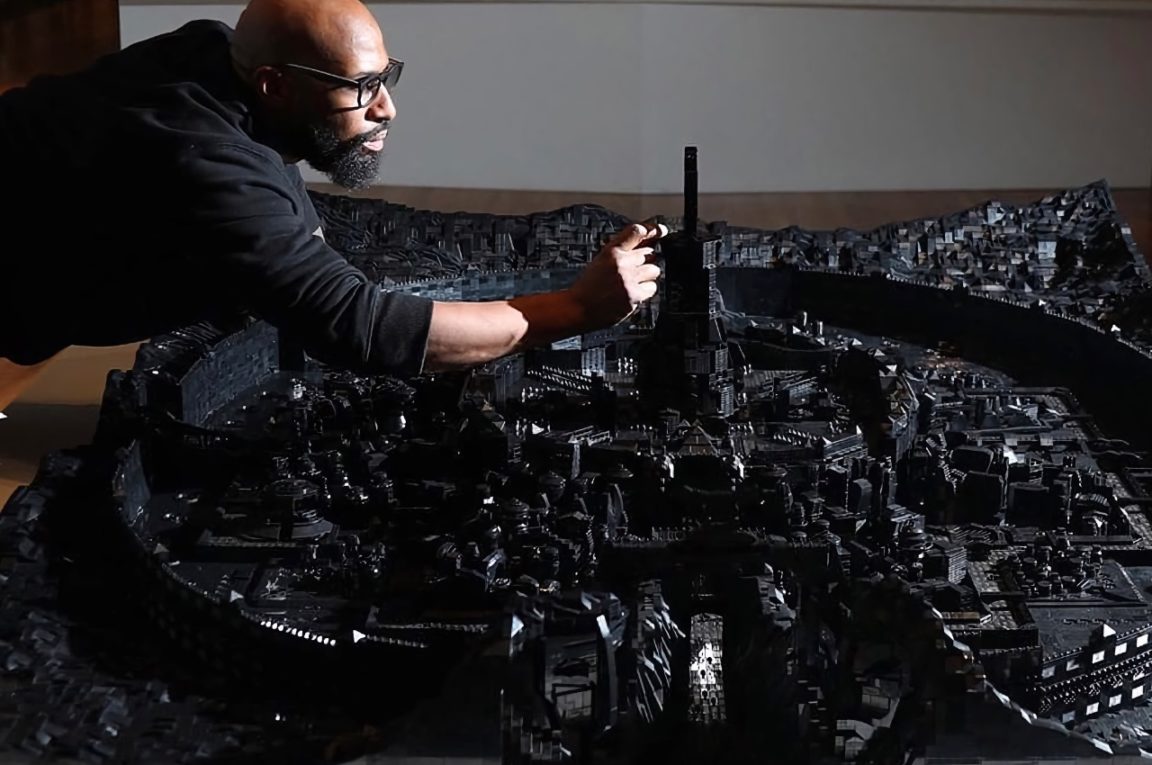 The LEGO build is a concept that has grown in popularity over the years, with LEGO enthusiasts worldwide building incredible structures and sculptures made entirely of LEGO. It’s not just for kids anymore! These LEGO builders are artists to be admired who have dedicated hours working on these impressive works of art. I love scrolling through these LEGO builds, respecting them, and feeling an intense surge of satisfaction at their perfection. And guess what? We’ve curated some of the coolest ones for you to drool over!

Designer Ekow Nimako created the Kumbi Saleh 3020 CE, a Ghanaian metropolis 1000 years later, with over 100,000 LEGO pieces. His work is the centerpiece of an exhibition called Building Black Civilizations. It contains elements that are unlike anything you’ve ever seen before, almost comparable to the Game of Thrones title sequence!

The LEGO Ideas Antique Cash Register is a highly detailed replica of the National Cash Registers Model 452, a famous cashier’s machine from the 19th century created and developed in Ohio at the start of the retail industry. On the other hand, the LEGO version was created by a Master Builder known as dimexart, and it requires 2055 pieces to assemble.

The Moff Gideon’s Imperial Light Cruiser, the Imperial Armored Marauder, and the bounty hunter Boba Fett’s Starship are the most recent LEGO sets. The Imperial Light Cruiser (75315) is the centerpiece, with a bridge ( doubles as a handle for flying action), big spring-loaded shooters, and twin tiny TIE Fighters. The LEGO set doesn’t just include the main heroes and main villains – it also has The Mandalorian and Baby Yoda minifigures, as well as the notorious lousy guy Moff Gideon Fennec Shand, Cara Dune, and Dark Trooper.

The LEGO Ideas Home Alone set is a dream come true for any kid! You may now construct and spend time in the legendary Mcallister mansion. It’s the ideal way to begin Christmas! The home opens up, allowing you to wander around inside the Mcallister house. Never has setting traps been this easy or enjoyable!

5. The LEGO Ship In A Bottle

The Ship In A Bottle is a clever creation by the master builders at LEGO Ideas, who also created the LEGO Typewriter and other fantastic numbers like it. The Ship In A Bottle is made up of 962 LEGO pieces (although most of them are simply water beneath the ship). It includes all of the features you would expect, such as a ship with three sails, a translucent bottle, a stand, a nameplate (the Leviathan), and even a LEGO brick cork stopper!

With the biggest LEGO AT-AT yet, you may now construct a monument to Star Wars: The Empire Strikes Back. The innovative structure even has rotating guns and a bomb-drop hatch! Not to mention that two small speeder bikes are included in the build as well!

7. LEGO The Chamber of Secrets

LEGO has created the world’s most giant set, an exact and stunning replica of The Colosseum! The intricate design, meticulous attention to detail, and medieval atmosphere transport me right back to Rome’s streets. All history buffs will want to try this one!

The LEGO brick version of Boba Fett’s Starship by Robert Whitehead (@shundeez_official) is as impressive and magnificent as it gets! It’s ideal for you if you want to go on bounty hunting excursions and fights in the Star Wars universe!

The most common LEGO bricks are mimicked by the toys, with single studs, ladders (including a two-story slide), containers, and windows being just a few examples. All of the items have been personalized with the distinctive LEGO wording! A Wall Hanger Set (set of three), a picture frame, and a book rack are included in the complete collection. The two Desk Drawer choices – 2×2 and 2×4 are available.