Washington-based woodcarver Jeffrey Michael Samudosky has been producing elaborate figural works from a number of Pacific Northwest trees because he began his firm JMS Wood Sculpture at 1998. Among the latest endeavors is a replica of an Enteroctopus dofleini, or Giant Pacific Octopus, carved from a fallen Redwood given to him by Redwood Burl. Even the cephalopod‘s tentacles curve and twist their way across areas which Samudosky left ordinary, including the entire rear of the back which provides the illusion that the octopus is located in addition to the tree, rather than a part of it.

Samudosky has previously carved deep sea diving helmets, rams, and bears double his size. You may explore more of the self-taught woodworker‘s pieces on his website and Facebook. 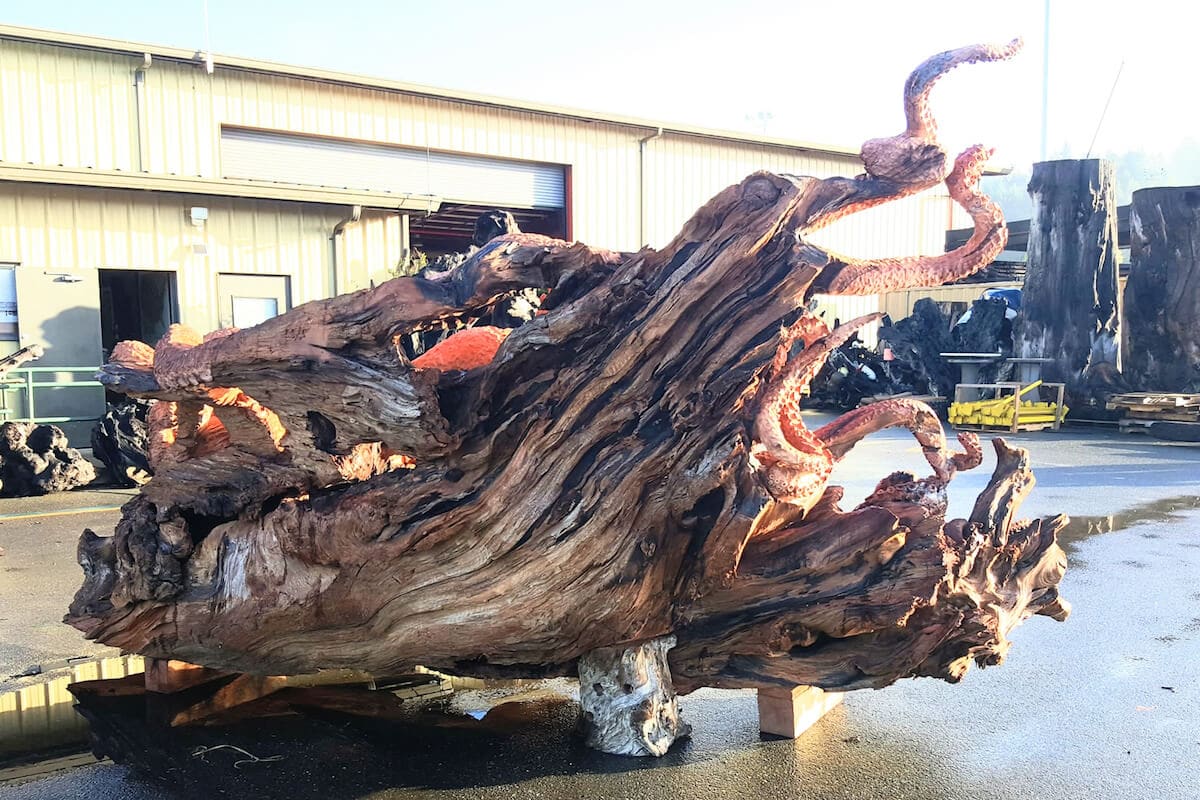 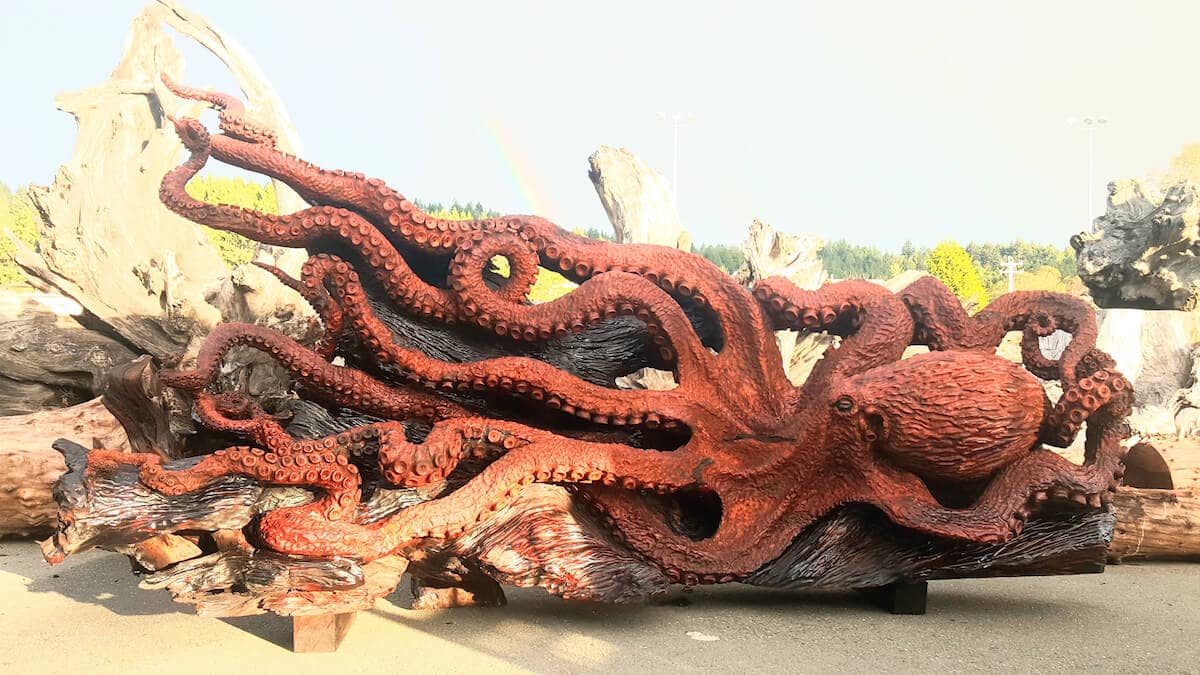 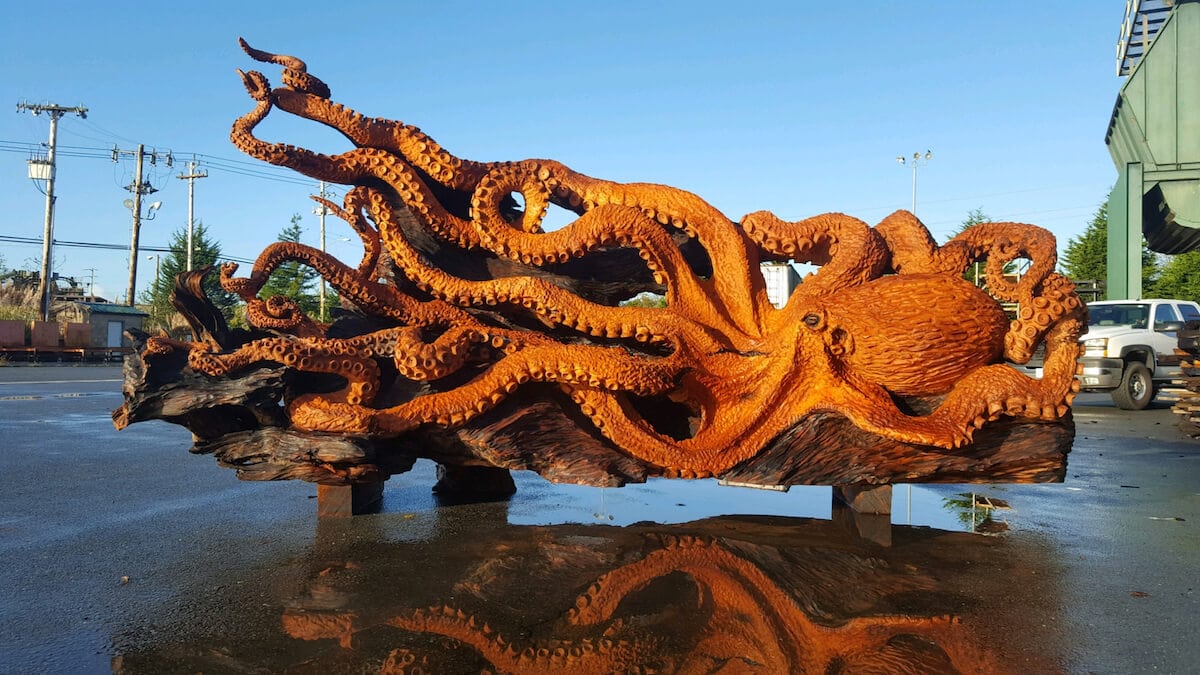 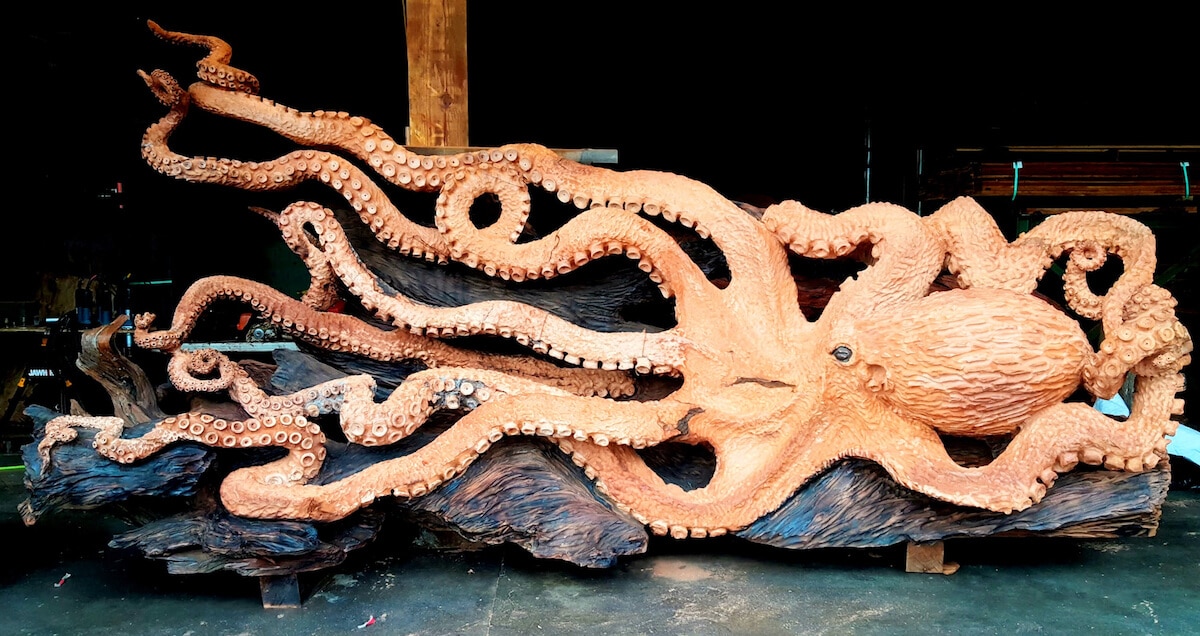 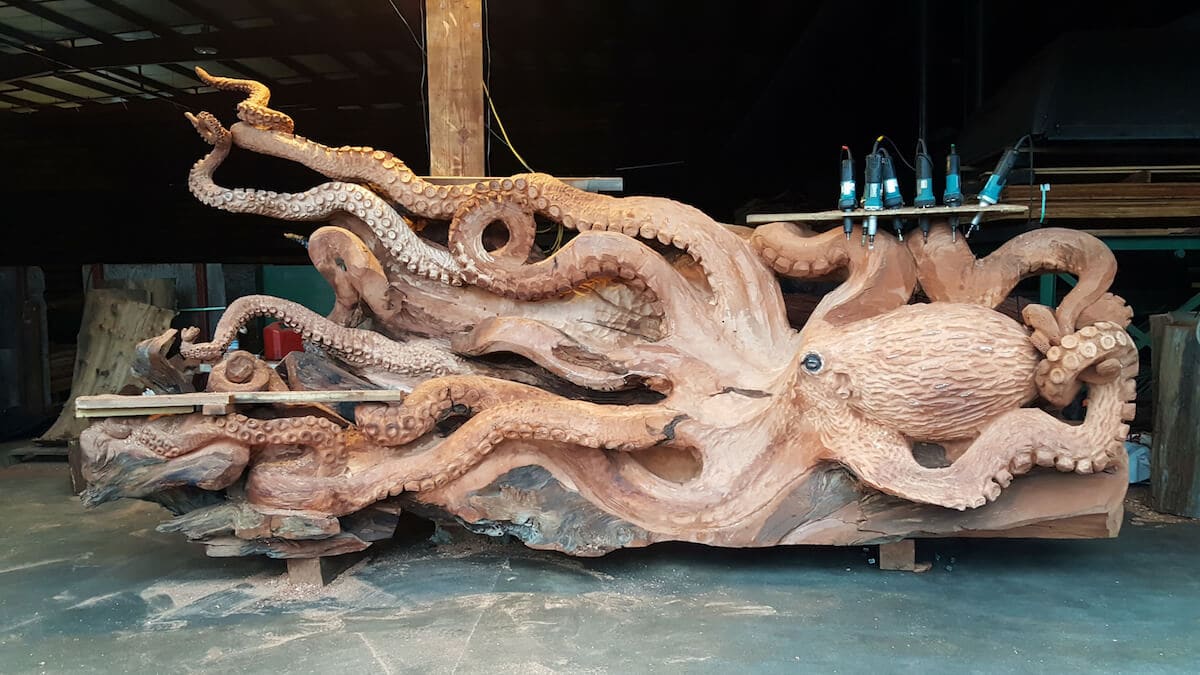 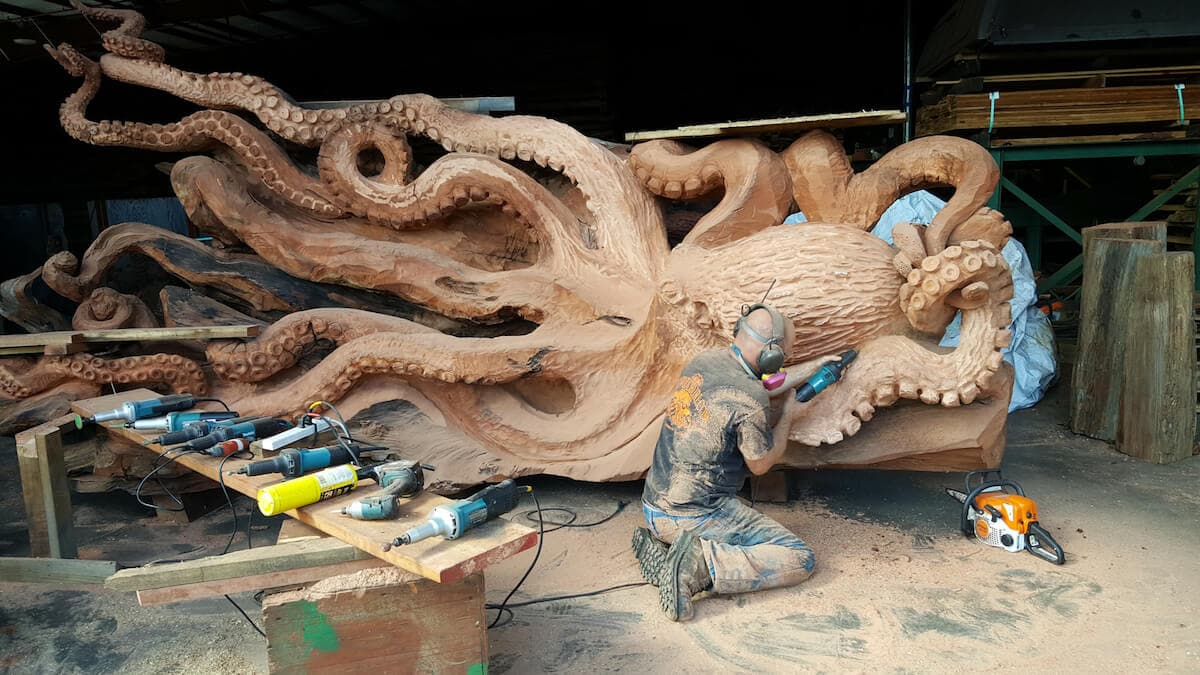