'Into the Light' bronze sculpture series by Cascione & Lusciov

‘INTO THE LIGHT’ Bronze Sculpture Series

The fundamental idea of this series is an artist‘s impression on the relationship which exists between space and time in relation to the futuristic dimension. The sculptures represent the formal translation of the two components, which evolve and transform with time. Cascione & Lusciov translated the immateriality of space and time into the pure and abstract form, which transmits the sensation of projection forward towards an unknown and abstract future, to the edge of the universe. The futuristic forms evolve in one direction, which represents the space coordinate and following the curved axis representing the time coordinate, levitating in the dimension without gravity reflecting and irradiating the surrounding light, with an impression, that from one moment to another, they could transform in the flash of glaring light ready for the journey towards hyperspace.

The metal gives materiality to the forms, but at the same time fluidifies the geometries and confers with ambiguous solidity halfway between the solid and liquid state. The artworks are like liquid tunnels, which draw the spectator inside the tunnel of light that flows in the future irradiated with light, making them live the metaphysical experience on the boarders of reality. The sculpture series gains biomorphic characteristics: from the purity and perfection, leading to biomorphic and primordial forms through deformations and elongations, following the natural metamorphosis, which reaches the appearances of a creature that lives in the luminous perfection in another dimension. 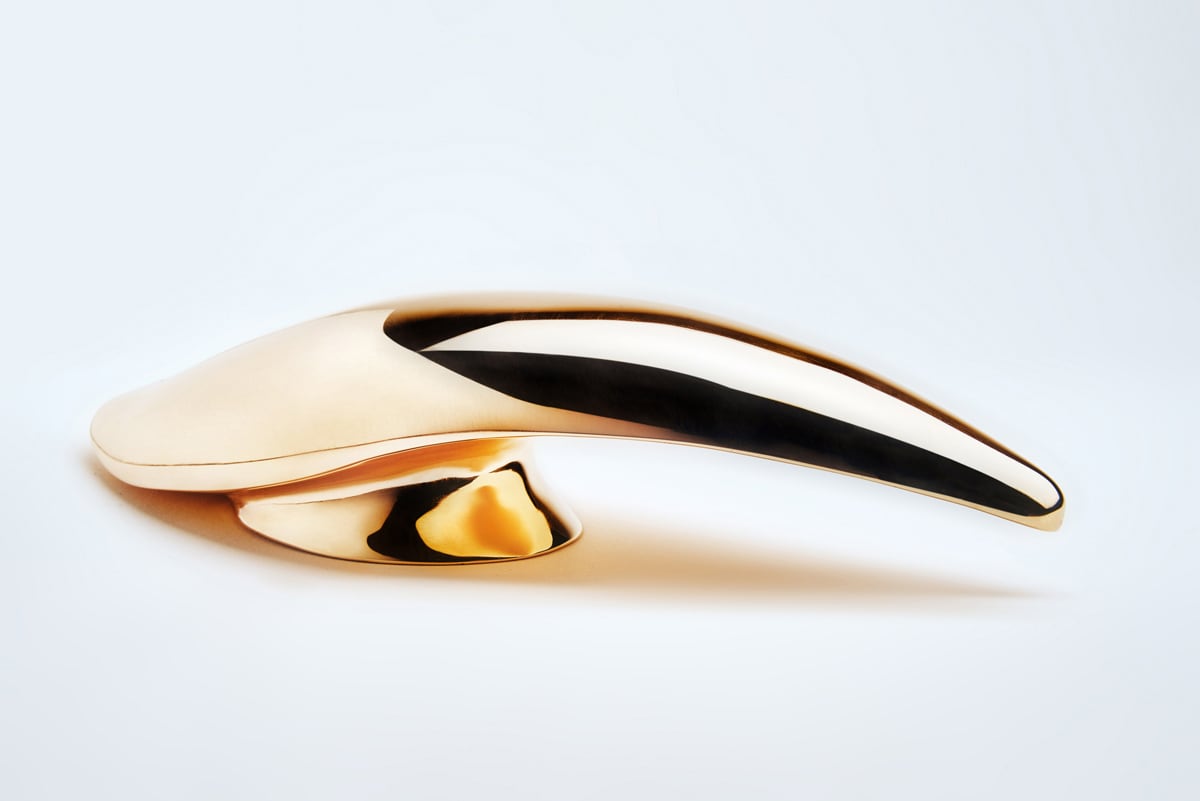 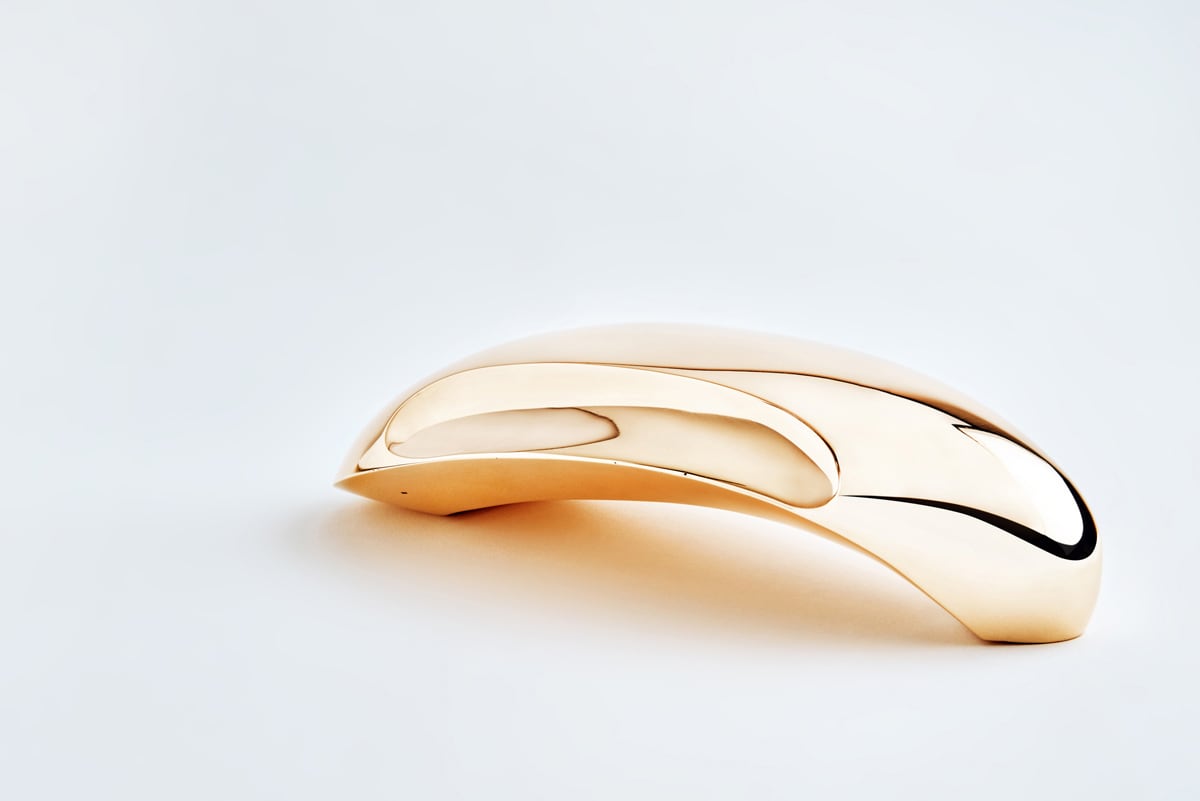 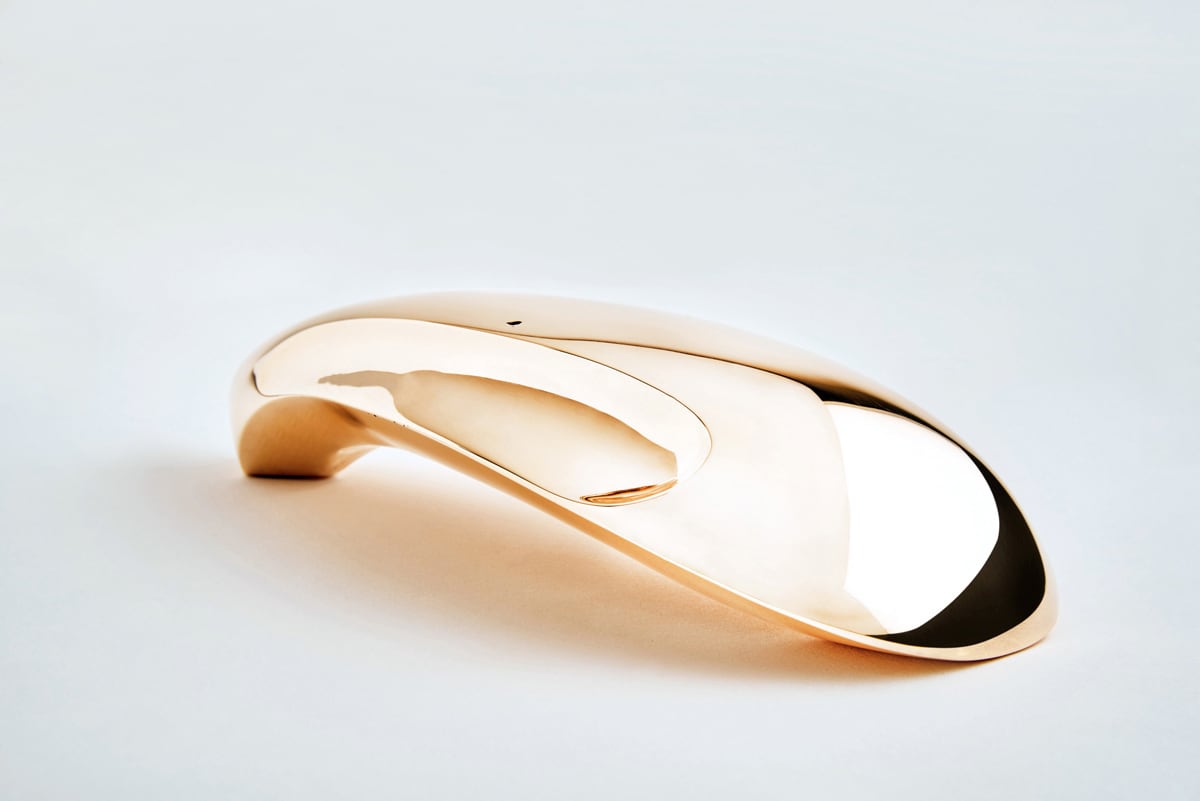 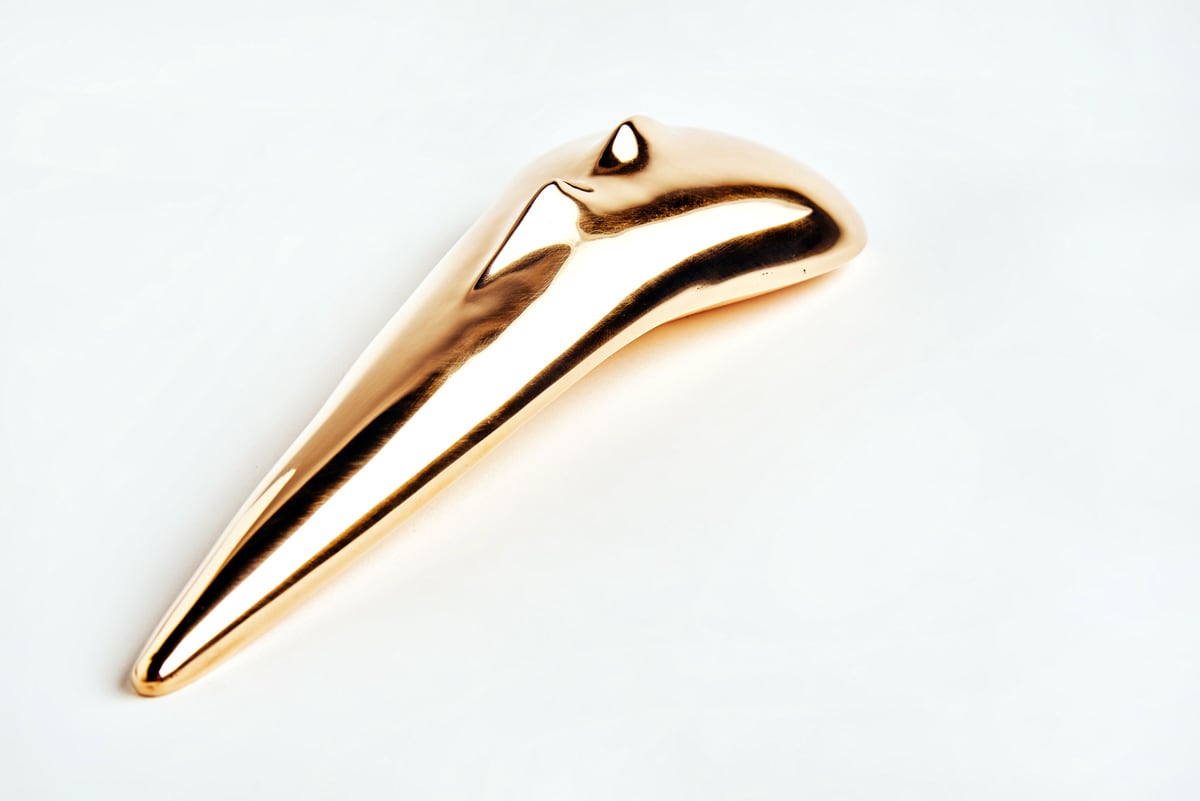 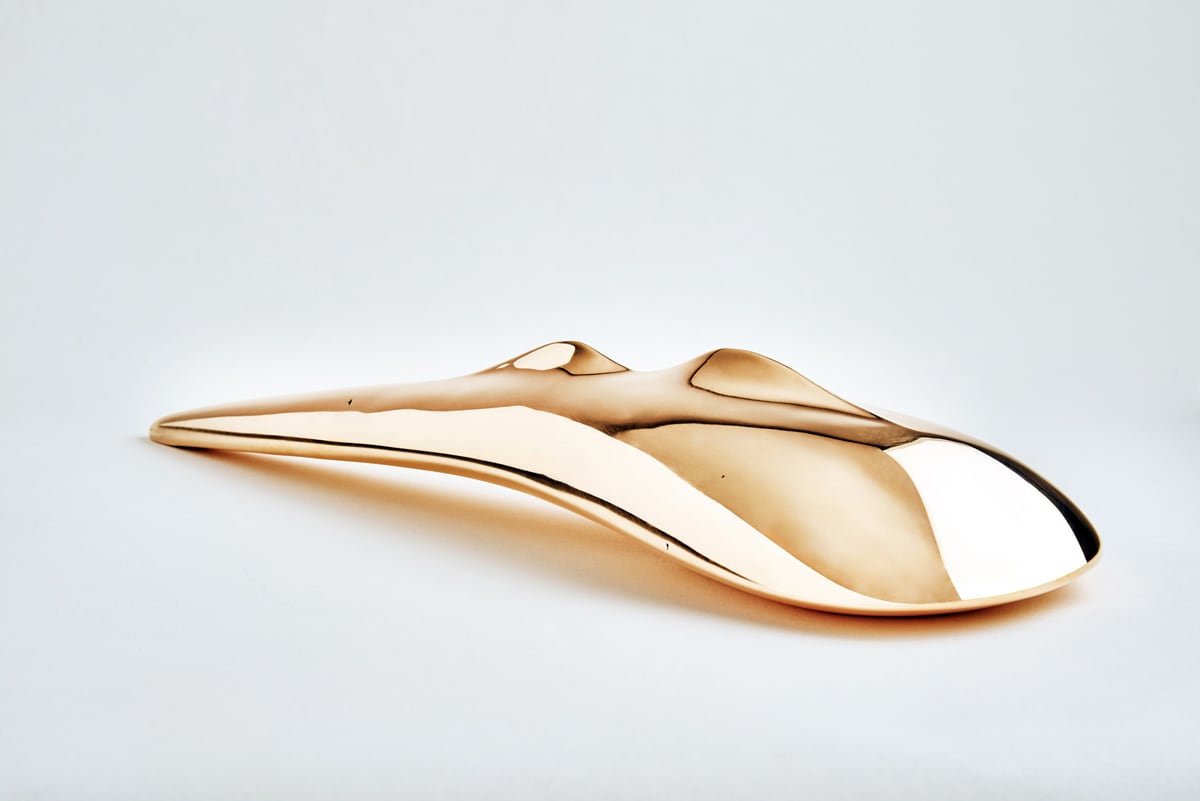 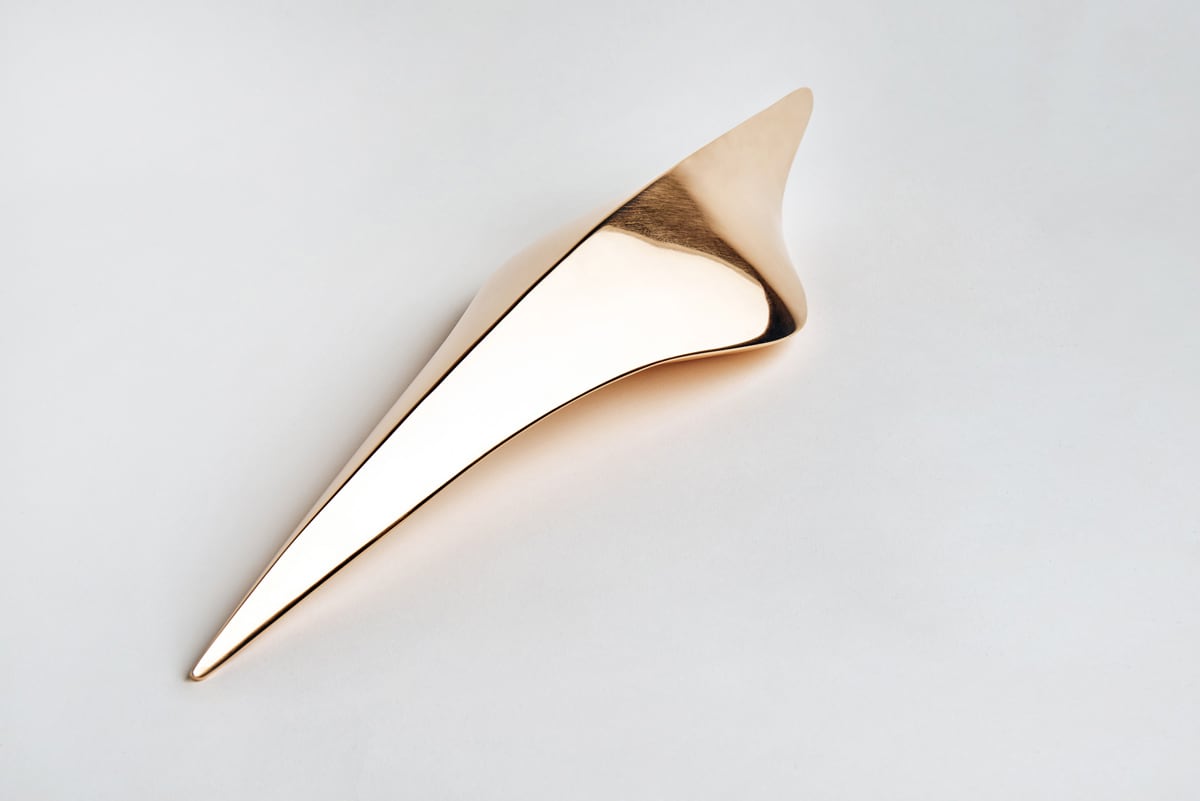