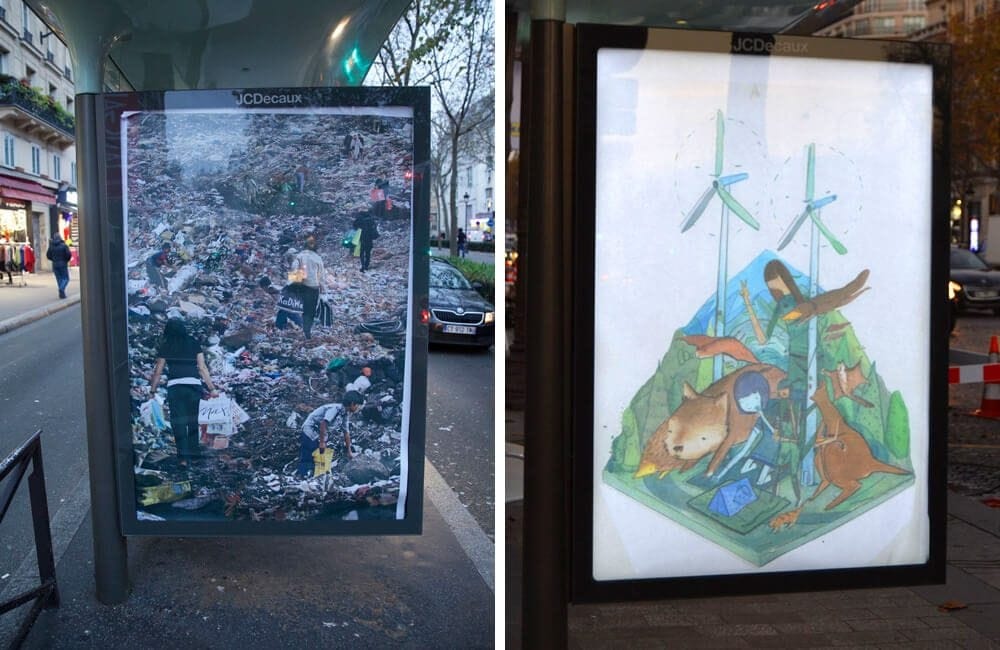 Just days before the start of the UN COP21 Climate Conference held in Paris and while the French state of emergency resulting terrorist attacks earlier this November, 600 posters were covertly distributed within the city. The posters were not taped to poles or distributed on public grounds, but secured behind glass at bus stops around the city. The huge posters were advertisement replacements, fake corporate ads designed by 82 artists from 19 countries to mimic messaging found through the Parisian streets.

Designed by the Brandalism project, the citywide sweep is meant to question the corporate takeover of the Paris climate talks, creating ads that target the link between corporations’ advertising with consumerism, global warming, and fossil fuel consumption.

“By sponsoring the climate talks, major polluters such as Air France and GDF-Suez-Engie can promote themselves as part of the solution – when they are part of the problem,” said Brandalism’s Joe Elan. 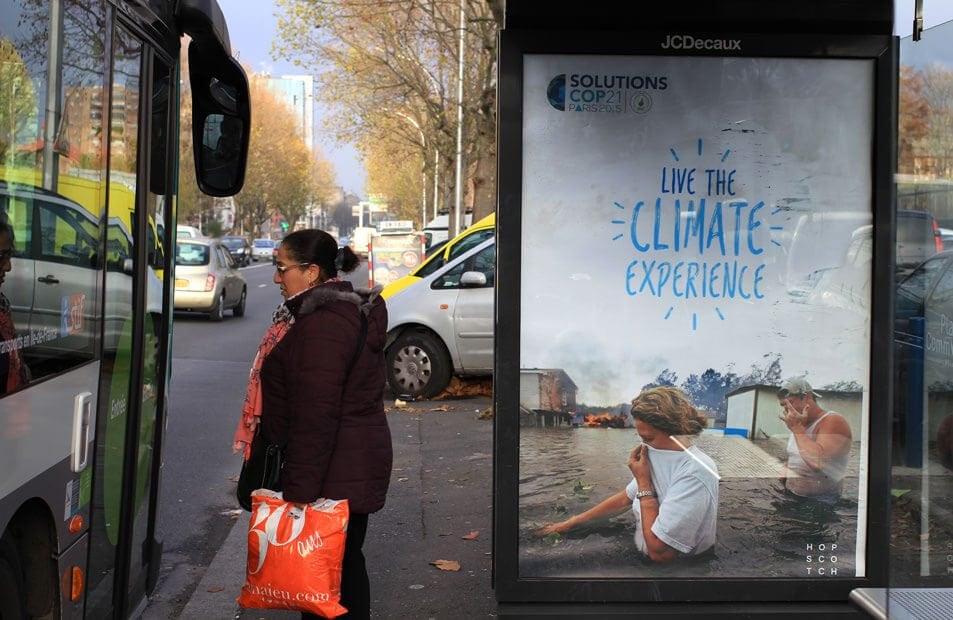 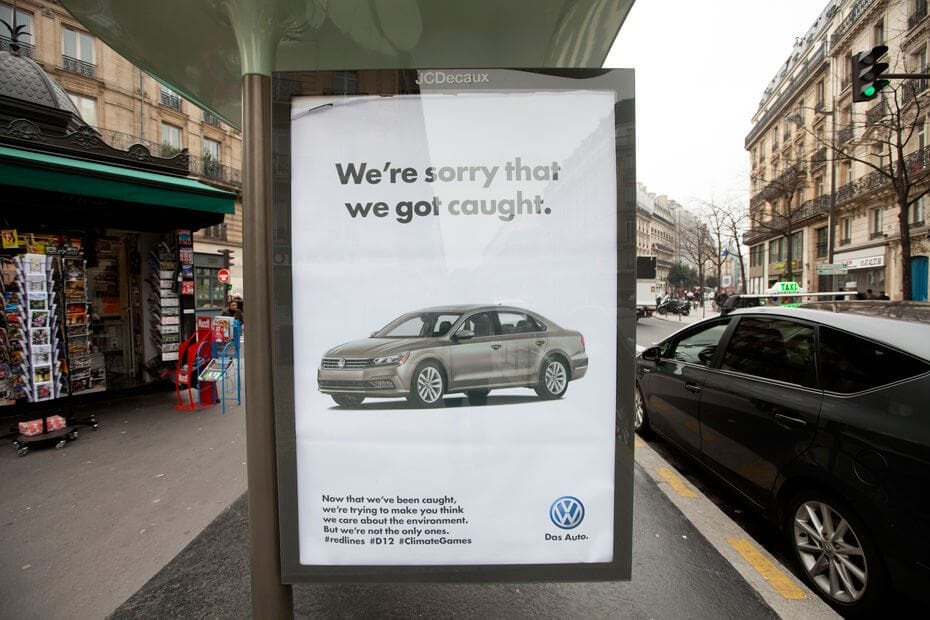 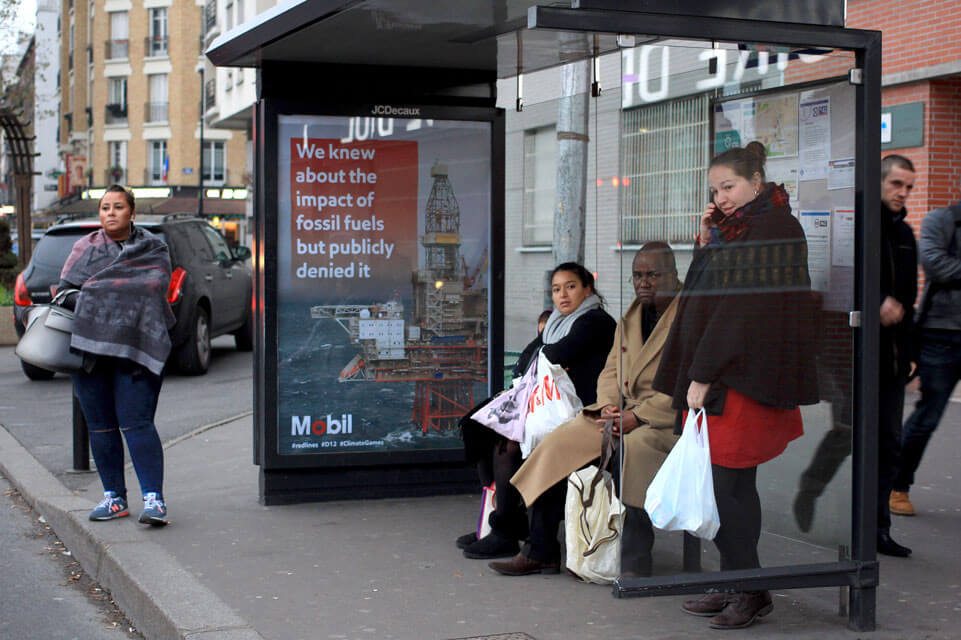 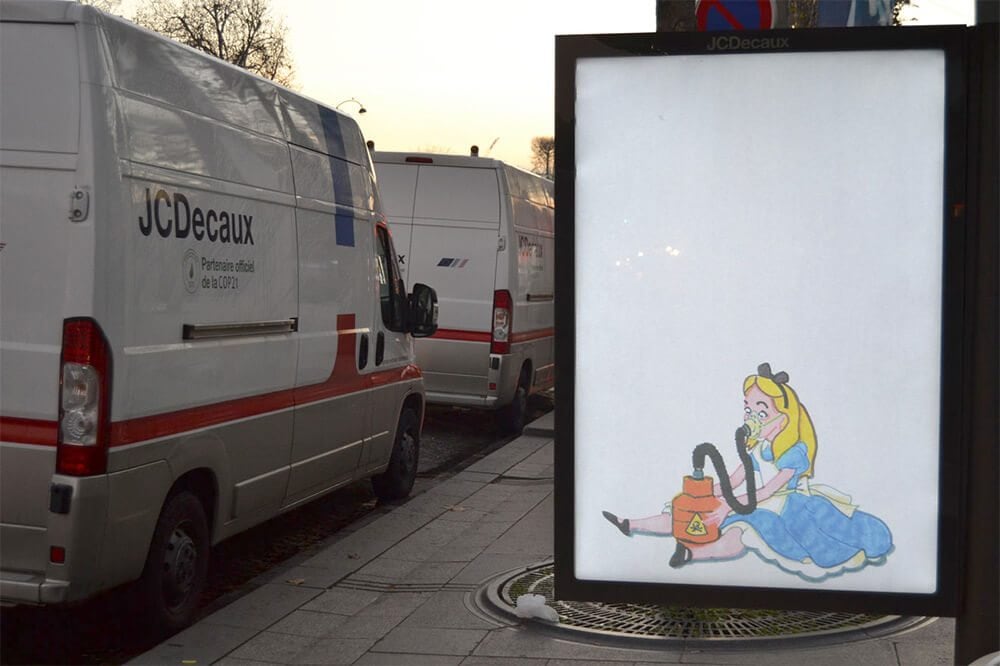 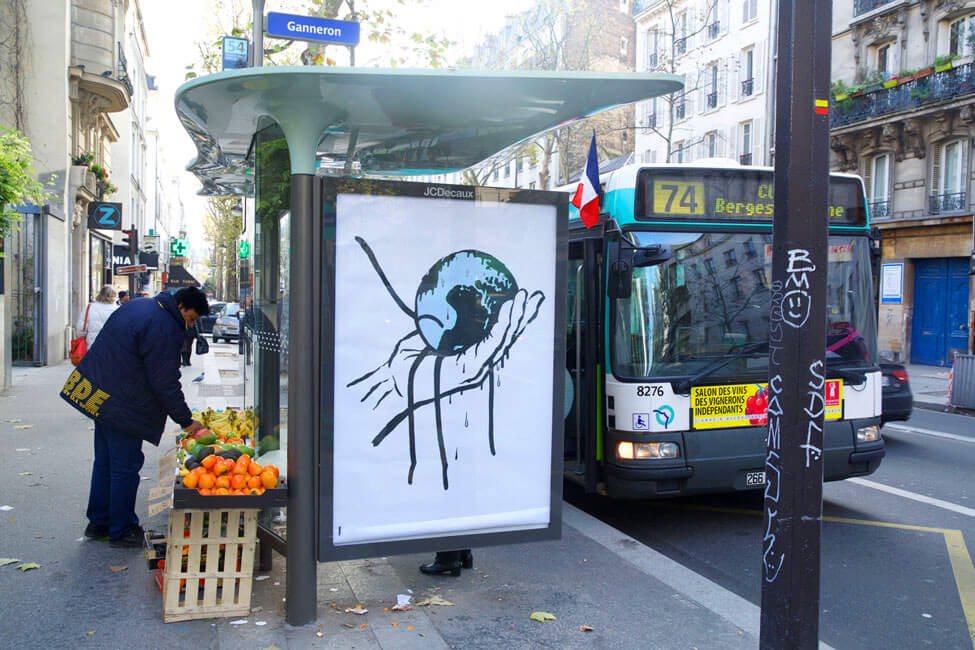