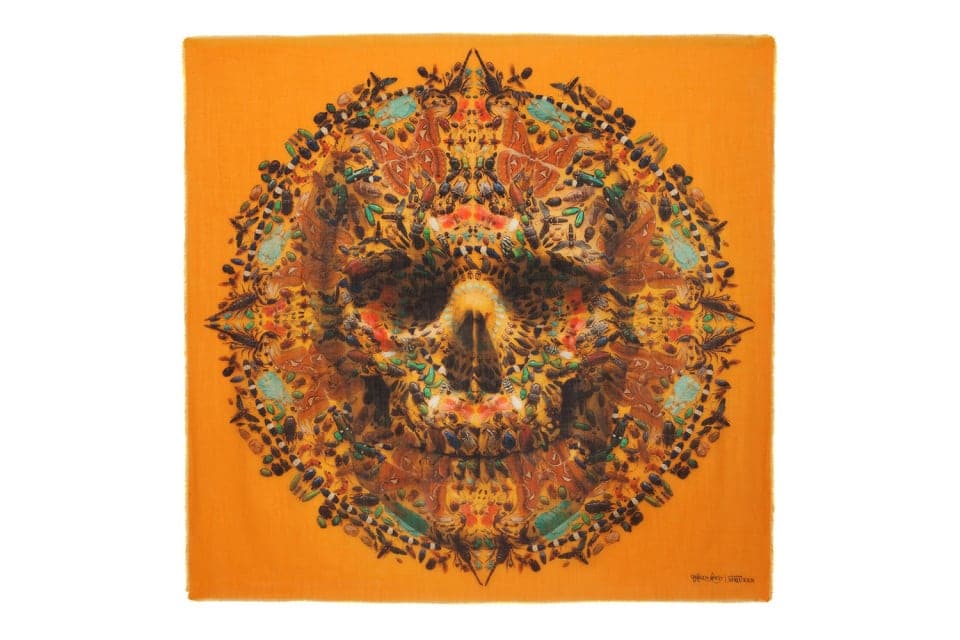 In celebration of the 10th anniversary of the skull scarf, Alexander McQueen presents an exclusive collaboration with Damien Hirst.

The line is inspired by Hirst’s Entomology series featuring “butterflies, spiders and other insects form kaleidoscopic geometric shapes, laid out to create the signature McQueen skull motif.”  The scarves are available in Chiffon, Pongé, Twill and Cashmere at  Alexander McQueen stores worldwide and alexandermcqueen.com. starting November 15 with prices ranging from $515 to $1,175 .

To go along with the collection, British fashion house tapped photographer Sølve Sundsbø to create a beautiful short film, which can be seen below. 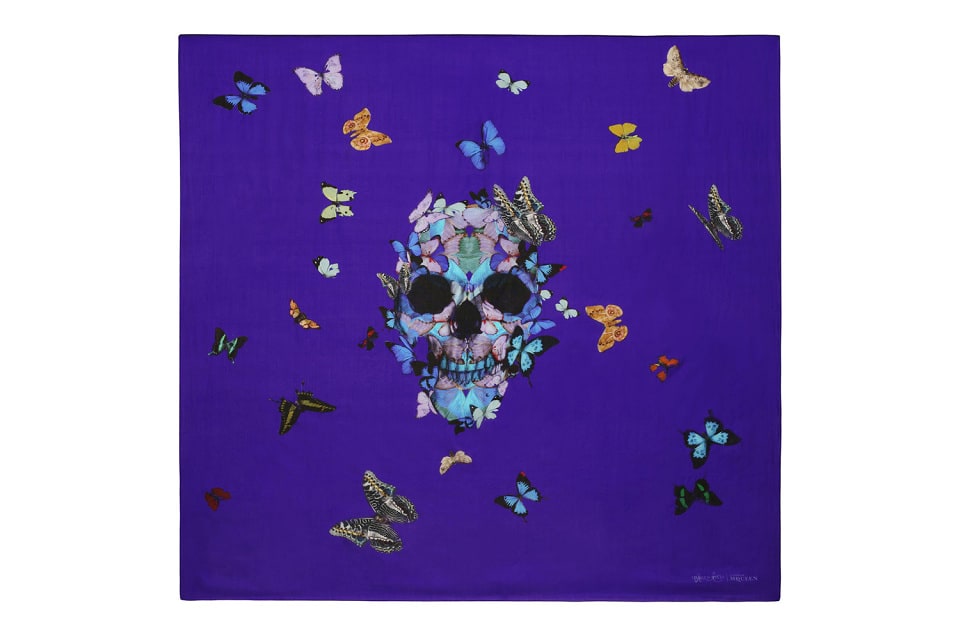