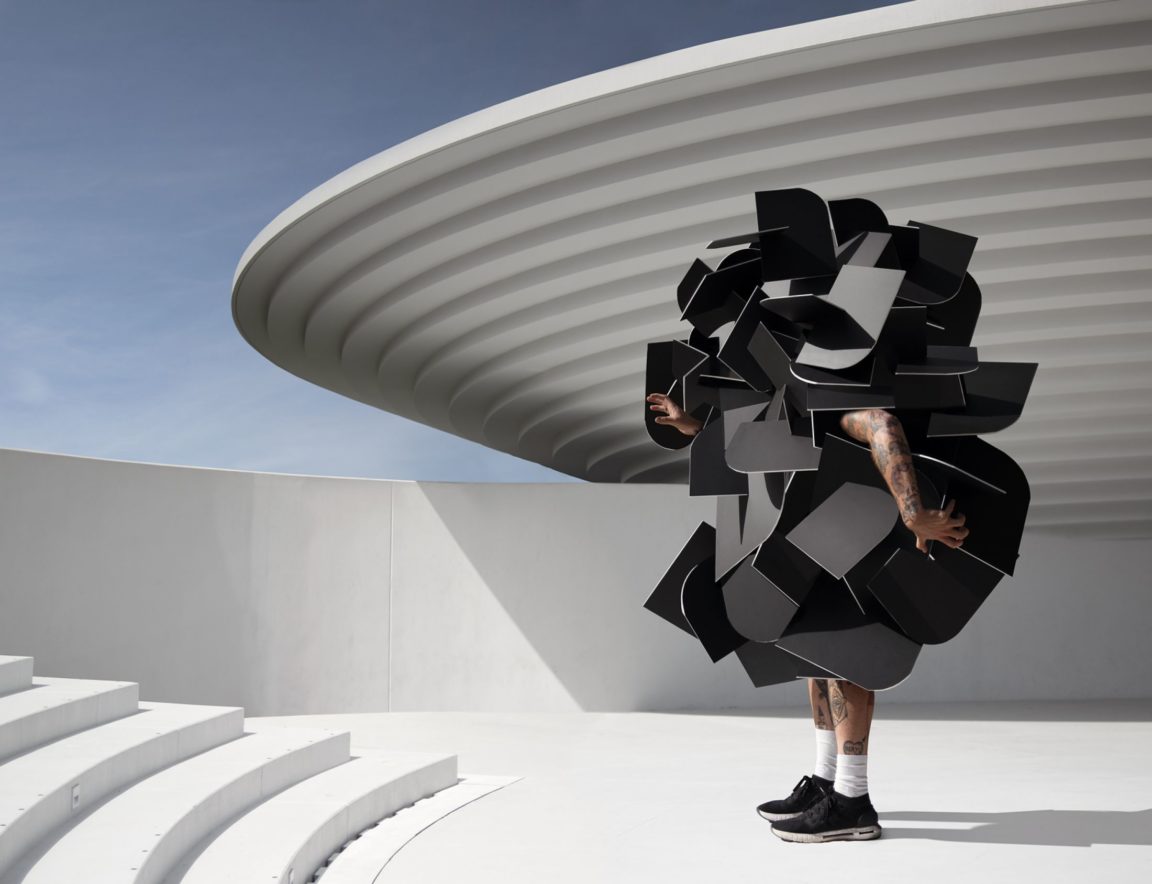 Australian artist Gerwyn Davies is an author of interesting characters – ones dressed in playful costumes, which hides, abstracts, and transforms his body. He does that by using day to day, readymade materials. Afterward, he photographs these spectacular transformations in various locations around the world like Australia‘s Gold Coast, Disneyland, all the way to Palm Springs. One could say his work compels us to think about our clothing decisions, prompting the tales we create for ourselves every day. His recent show called “Fur” is currently on display at Michael Reid Berlin. Two of his favorite pieces are “Osaka I” and “Adonis” for counteracting reasons. “Osaka I” was a piece he created while on an Australia Council residency in Japan. It is a public square that sits near the train station while also being a children’s playground; we can also see a trampoline on the top of the structure. “Adonis,” on the other hand, staged fully in the photographic studio, a pleasant working environment as you can methodically create what you want within a fixed area. You have full control over it. Gerwyn says that both of these projects were satisfying, and all good emotions come back when he looks back at the final image. It’s a time-consuming process to finish the costumes, but the artist says that he enjoys every step of it; costume construction, sourcing materials, staging the figure for the less, and the postproduction of it all. Each stage requires a lot of engagement. He shares that the most rewarding part is making the costume because it can be repetitive and manual, which strikes a balance between daydreaming and detailed focus.
He talks about his artwork and compares it to the joy that comes from being so distracted by a tiny repetitive assignment- reshaping ready plastic items to form part of the fabric of the costume- that you don’t see that this excessive character is slowly appearing in front of you. He also said that there is always a disconnection between the costume’s ultimate looks and his projected intentions. So at the end of it, there is still an element of surprise.