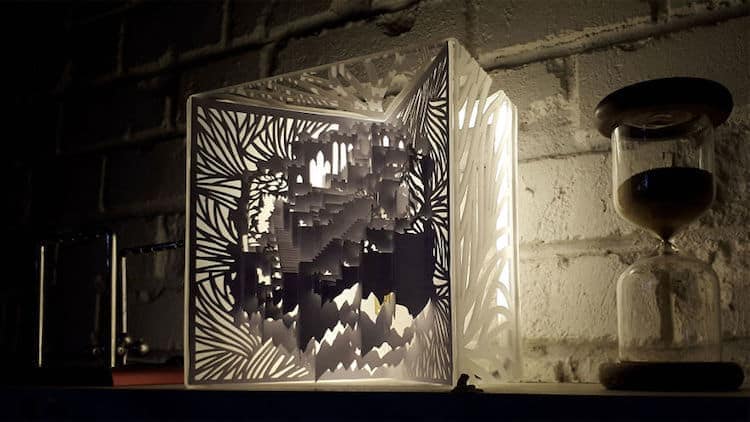 Simon Strauss is a designer by day and a newspaper artist at night. The designer, who’s always had an attraction with paper cutting–specifically kirigami and blossom architecture–chose to try his hand at it. “I was motivated by the many beautiful products that you’ve featured, and I decided to give it a snapshot of my design,” he kindly tells us via email. This passion for newspaper motivated Strauss to make something inherently beautiful. To achieve this, he generated a foldable landscape scene by one sheet of A4 paper. As it is opened, the 3D Kirigami technique reveals an elaborate castle floating in the sky.

Strauss calls his invention KIRUMA. The all-white architectural form includes steps that lead to a series of little towers stacked on top of one another. They are surrounded by a decorative, nature-inspired border of stylized leaves and blossoms. The juxtaposition of those organic lines along with the minimalist architectural elements adds to the sense of drama in the overall piece. Coupled with soft shadows, the dreamy design makes it a place we want to go to.

After three years of perfecting his initial iteration of KIRUMA, Strauss was dedicated to making it functional. He has translated the layout into a laser-cut paper lamp that casts a gentle glow into its space. The kirigami is placed within an acrylic frame box that mimics natural elements around the castle. It also has an integrated lighting system which brings the paper scene to life with the signature of a glow-in-the-dark switch.

If you would prefer the KIRUMA castle in your house, Strauss is currently raising capital for its creation using a Kickstarter campaign. 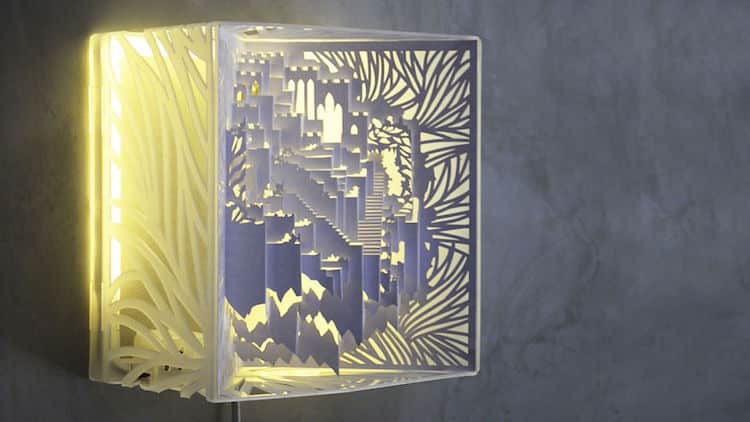 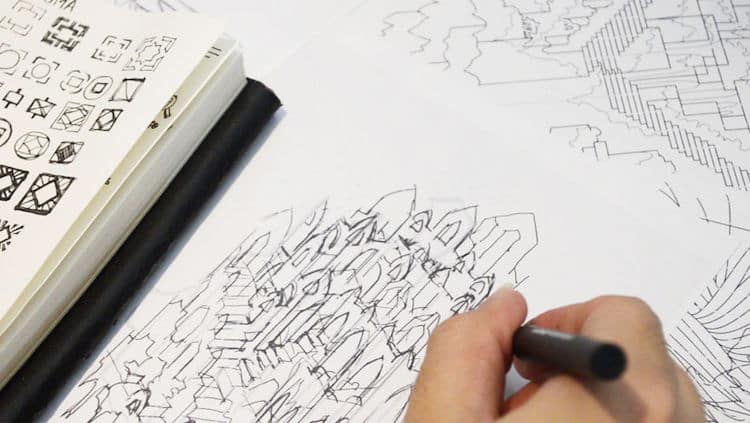 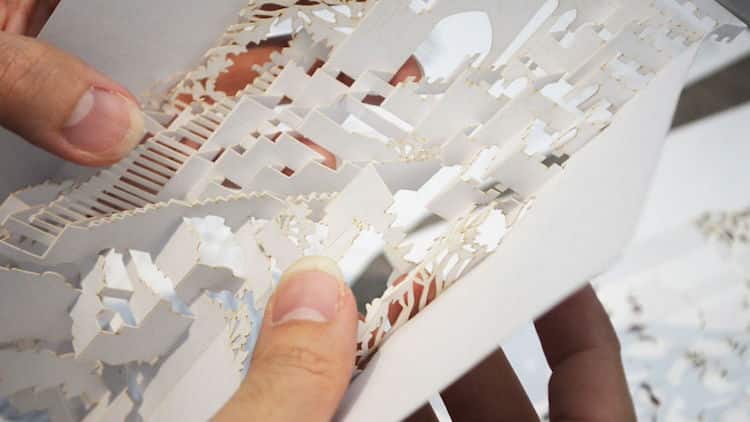 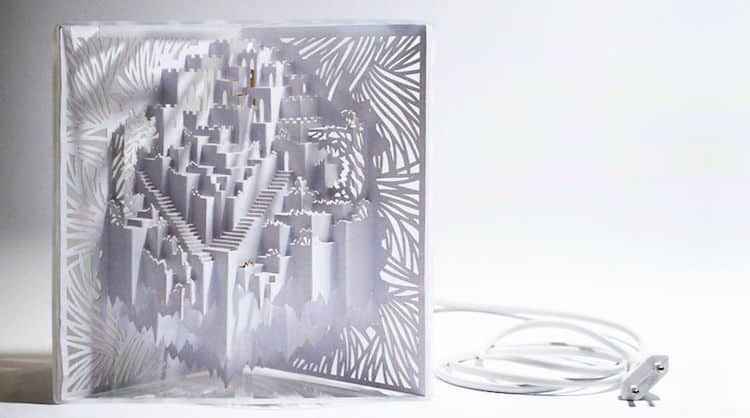 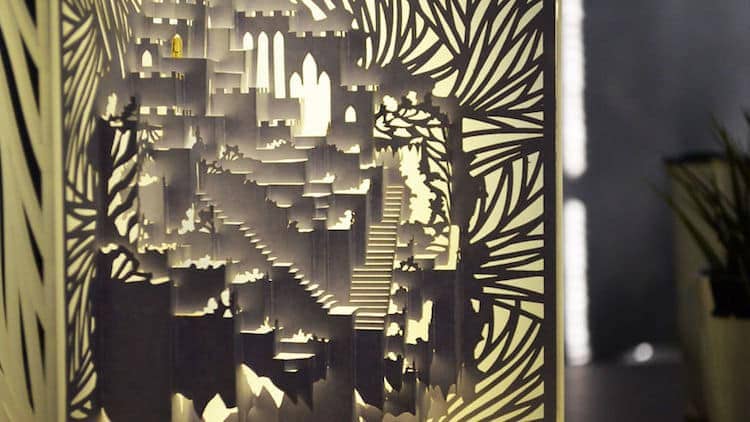 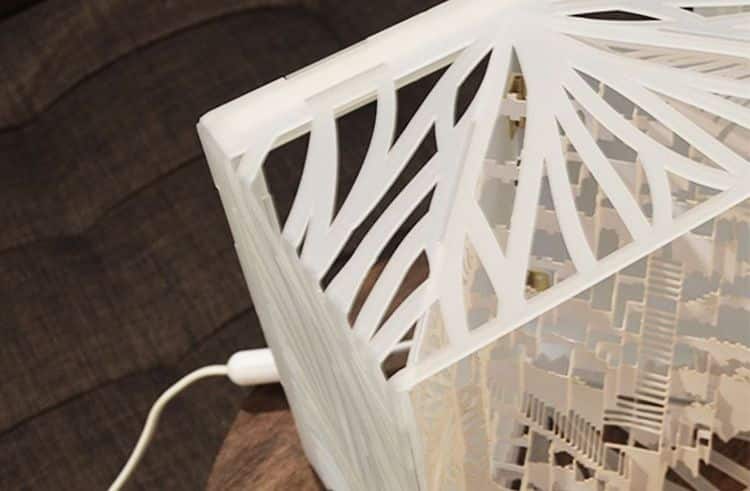