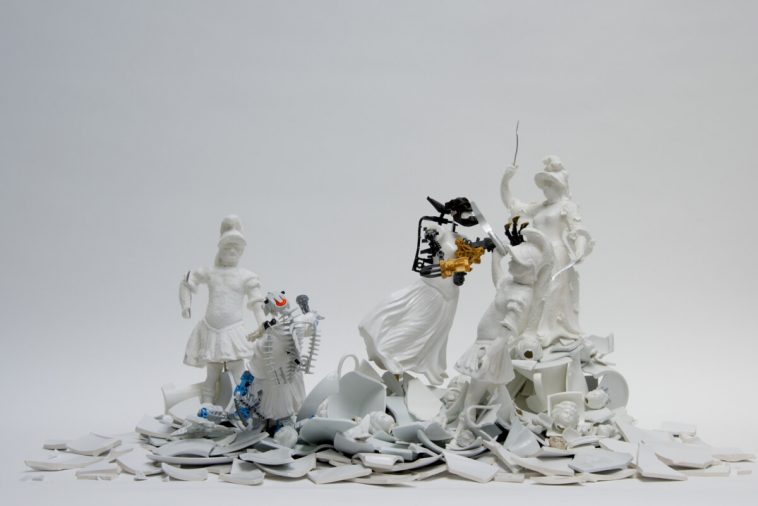 An epic eight-meter long sculpture made from tens of thousands of fragments of porcelain will go on display this winter in the Harley Gallery.

Fight scenes anger throughout this subject of shards, fought by figures in ‘classical’ armor. Closer inspection shows that de Vries has brought his work current by grafting colorful plastic ‘cyber’ limbs and weaponry on the white figurines out from the past. The mushroom cloud is a vortex of porcelain objects of all sorts including crucified Christs and Chinese goddesses of mercy, watching the death and destruction. 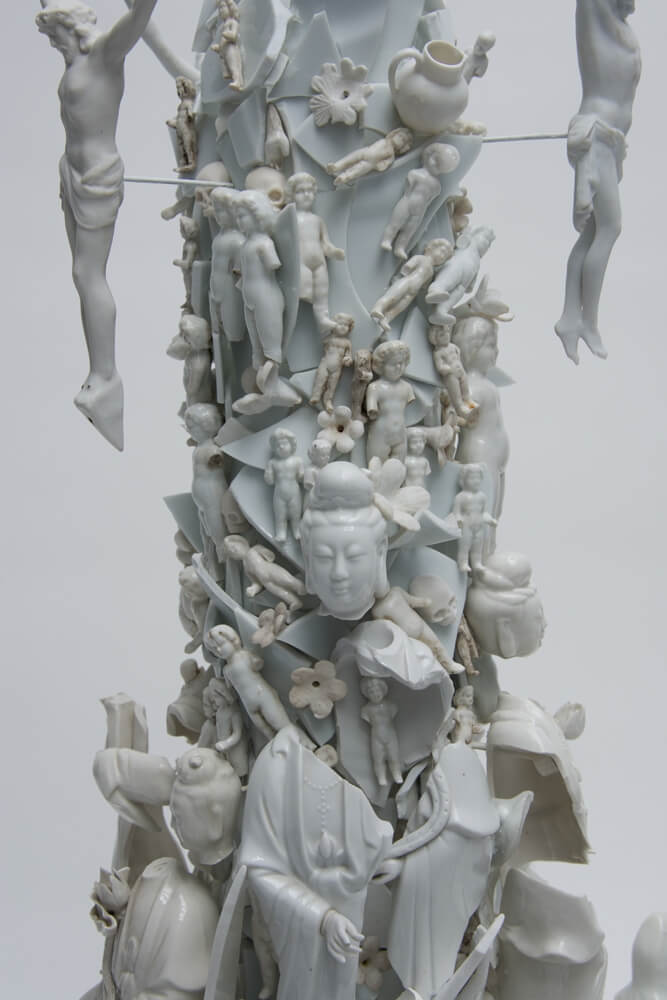 De Vries took his inspiration in the tradition of grand banquets, and balls held on the eve of conflict such as the Duchess of Richmond’s famous ball to the Duke of Wellington earlier Waterloo, in addition to the 17th-century tradition of decorating banqueting tables using extravagant sugar sculptures. Replaced by ceramic from the 18th century, such displays were developed to show wealth and taste. War and Pieces is a contemporary response where de Vries uses humor and beauty to examine war, chaos, and aggression.

“This war banquet is a battle royal between ancien regime sugar and ceramic. The non-biodegradable plastic and the mushroom cloud deliver the historical facets of the setup to modern times; it’s about the increasing toxicity of warfare and its enduring impact on our lives,” states de Vries. 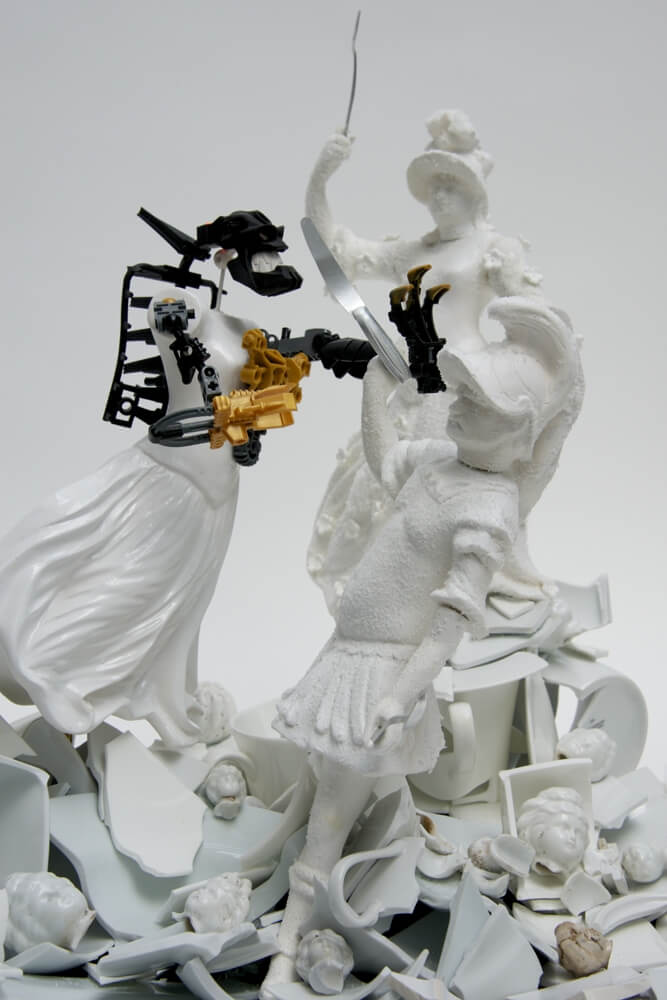 Born in Utrecht, the Netherlands, Bouke de Vries studied at the Design Academy, Eindhoven, and Central St Martins, London. After working with John Galliano, Stephen Jones and Zandra Rhodes he switched careers and analyzed ceramics conservation and recovery. His work investigates contradictions around worth and perfection, and his artworks reclaim broken strands after their accidental injury — he calls it the beauty of destruction. He reconstructs the broken pieces to provide them new virtues, new values and to move their stories ahead. 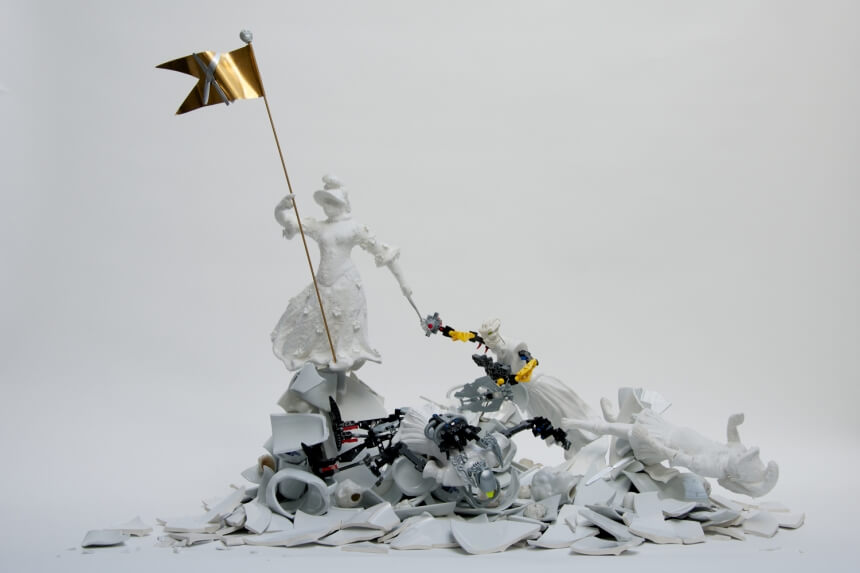 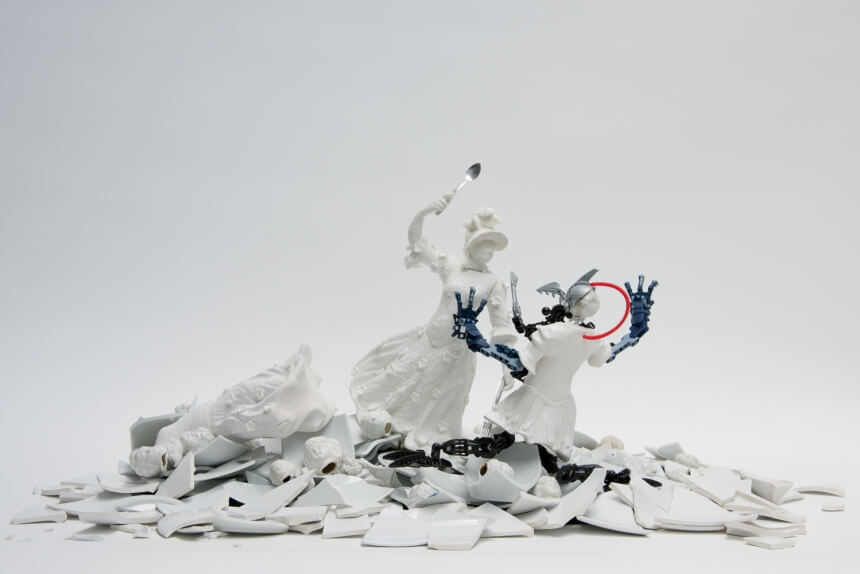 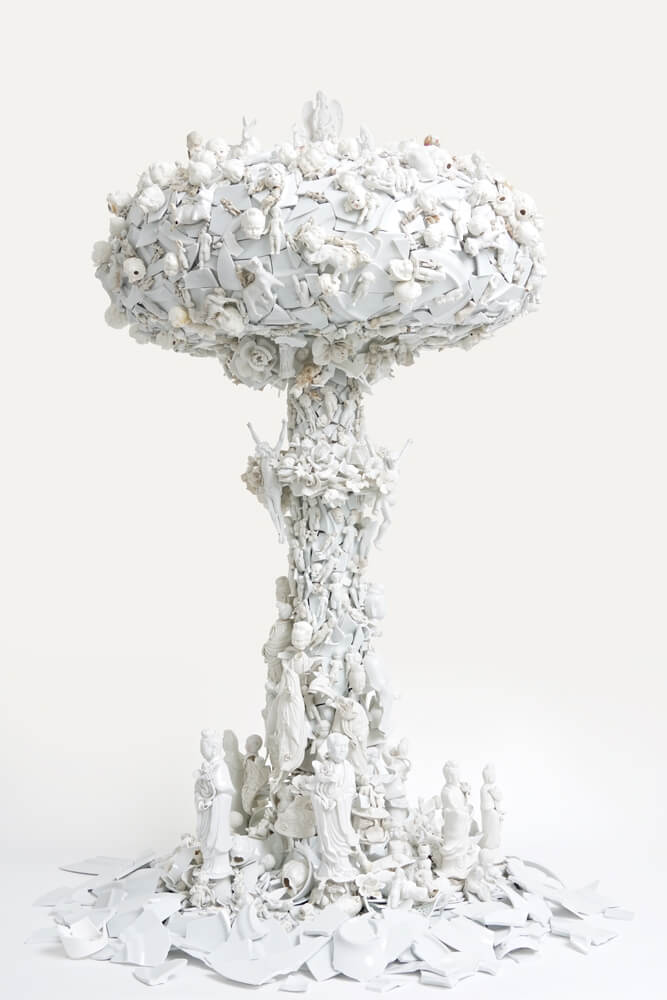 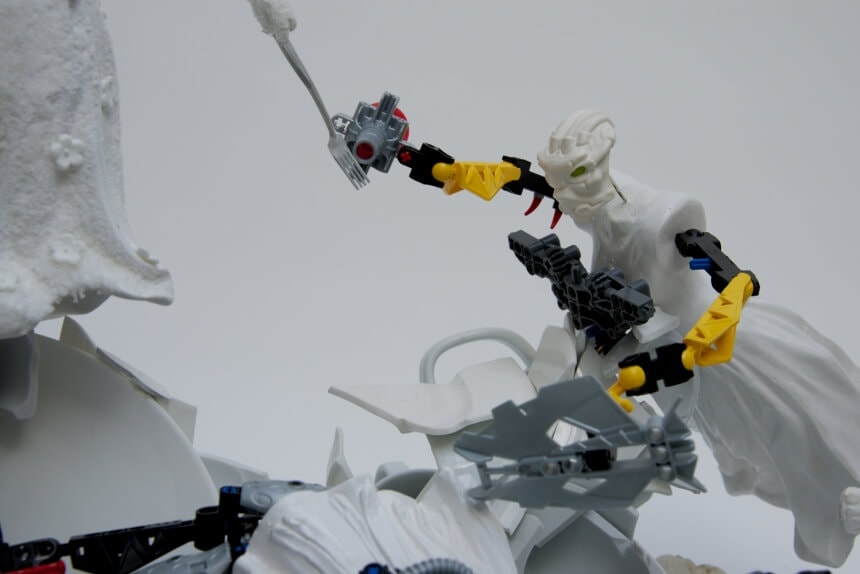 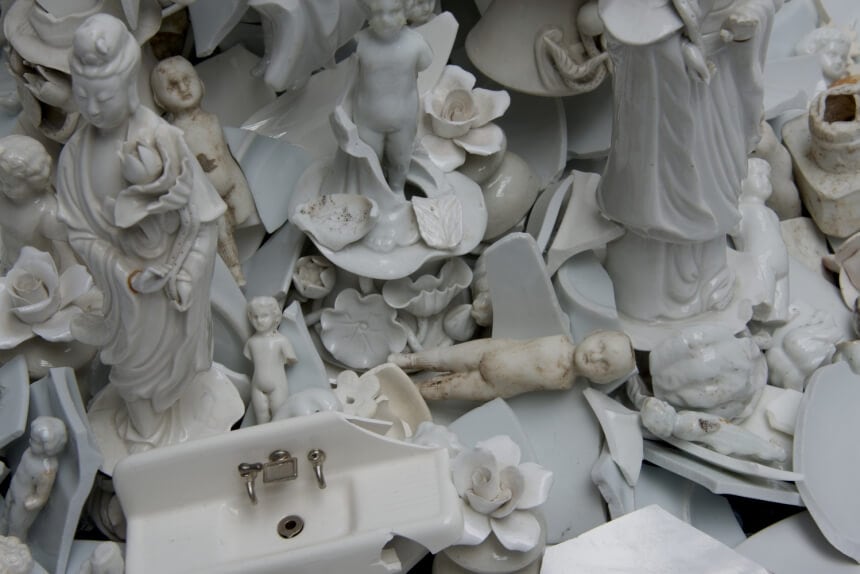 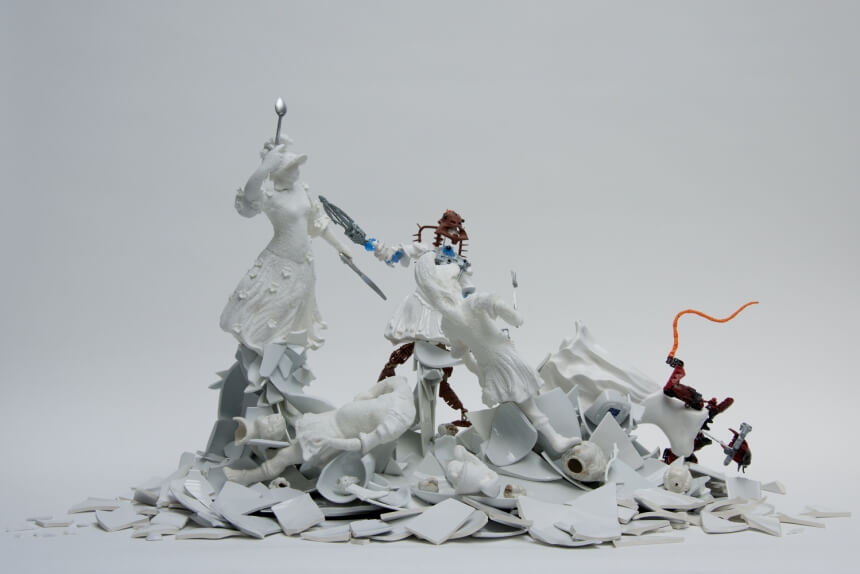