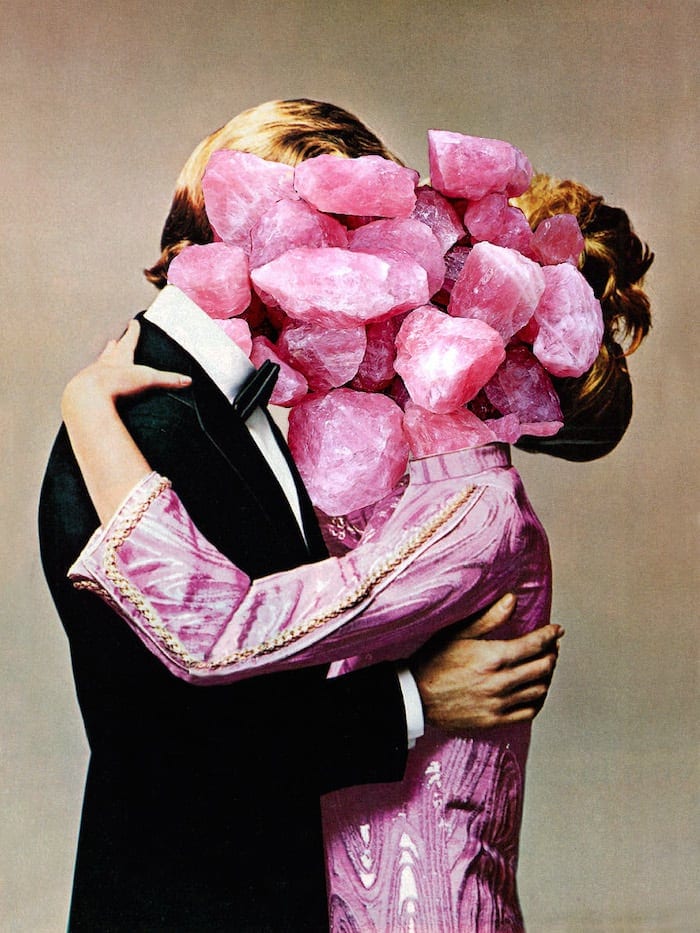 Collage artist Eugenia Loli uses photography scanned from vintage magazines and science publications to create bizarre visual narratives that borrow from aspects of pop art, dada, and traditional surrealism. Her collages often include a teasing, visual narrative, as if they’re a still frame of a surreal movie. Eugenia Loli grew up in Greece moving over Germany and UK to California where she lives these days.

“I’m Eugenia. I grew up in Greece, but I’ve also lived in Germany and UK. These days I live in California. I’ve been a (terrible) nurse, a computer programmer, a (rather successful) technology journalist, and a filmmaker. In April 2012, after I had just finished an animated music video, I decided to try collaging after the knowledge I gathered from making the animation.” … “I start by finding a “base” image, and then I sort of build around it. Sometimes I have a concrete idea of what I want to do, and sometimes I leave the images to fit together by themselves. Sometimes, after a lot of juxtaposing, the “base” image might not even be part of the final collage. Most of the time, I try to “say” something important via my art, but other times it’s just about doodling.”