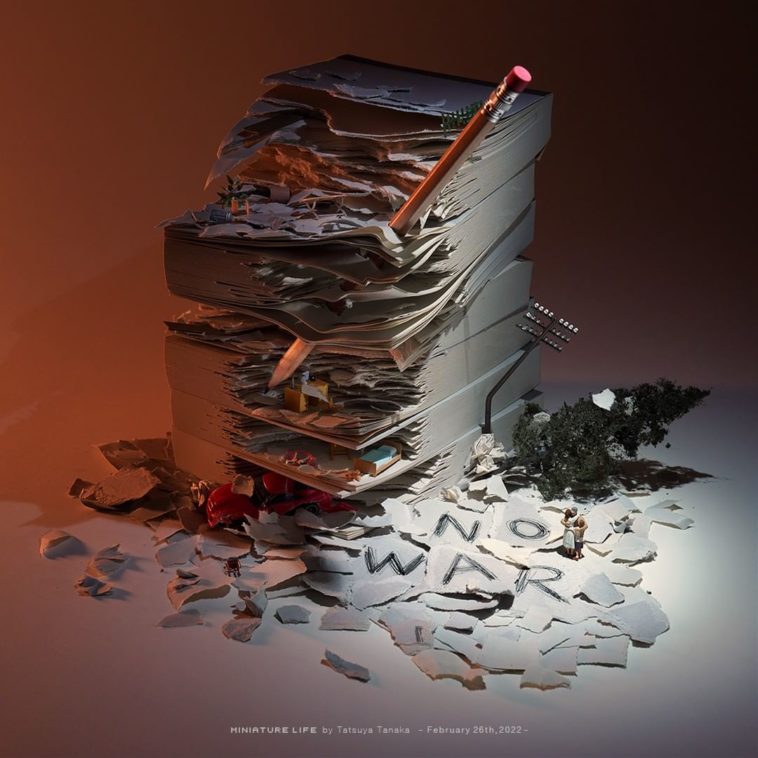 As the Ukraine–Russia war continues to rage on, artist Tanaka Tatsuya uses his miniature scale to create a powerful protest in the form of art. Titled “NO WAR,” the piece features stacks of paper arranged to look like the levels of a building. This represents the many levels of war and how it affects people on every level.

This film is both heartbreaking and inspiring, bringing to light the fact that we must do everything in our power to prevent conflict. But everything isn’t well; a pencil missile pierces the stack. The building is razed and split, while a powerline and trees are tossed to the side due to the explosion. There is also a message on the paper rubble beneath the stacks, which reads, “NO WAR.” A soldier embraces his family as they prepare to leave.

The strong message conveys a variety of emotions. The most apparent is the physical devastation, including the razing of buildings and the surrounding environment. Another is psychological, considering how traumatic it may be to say goodbye to a loved one and perhaps never see them again.

The tiny detail in this anti-war artwork by Tatsuya is just as creative and inventive as they are in all of his micro sculptures. For more photos of this anti-war work, scroll down.