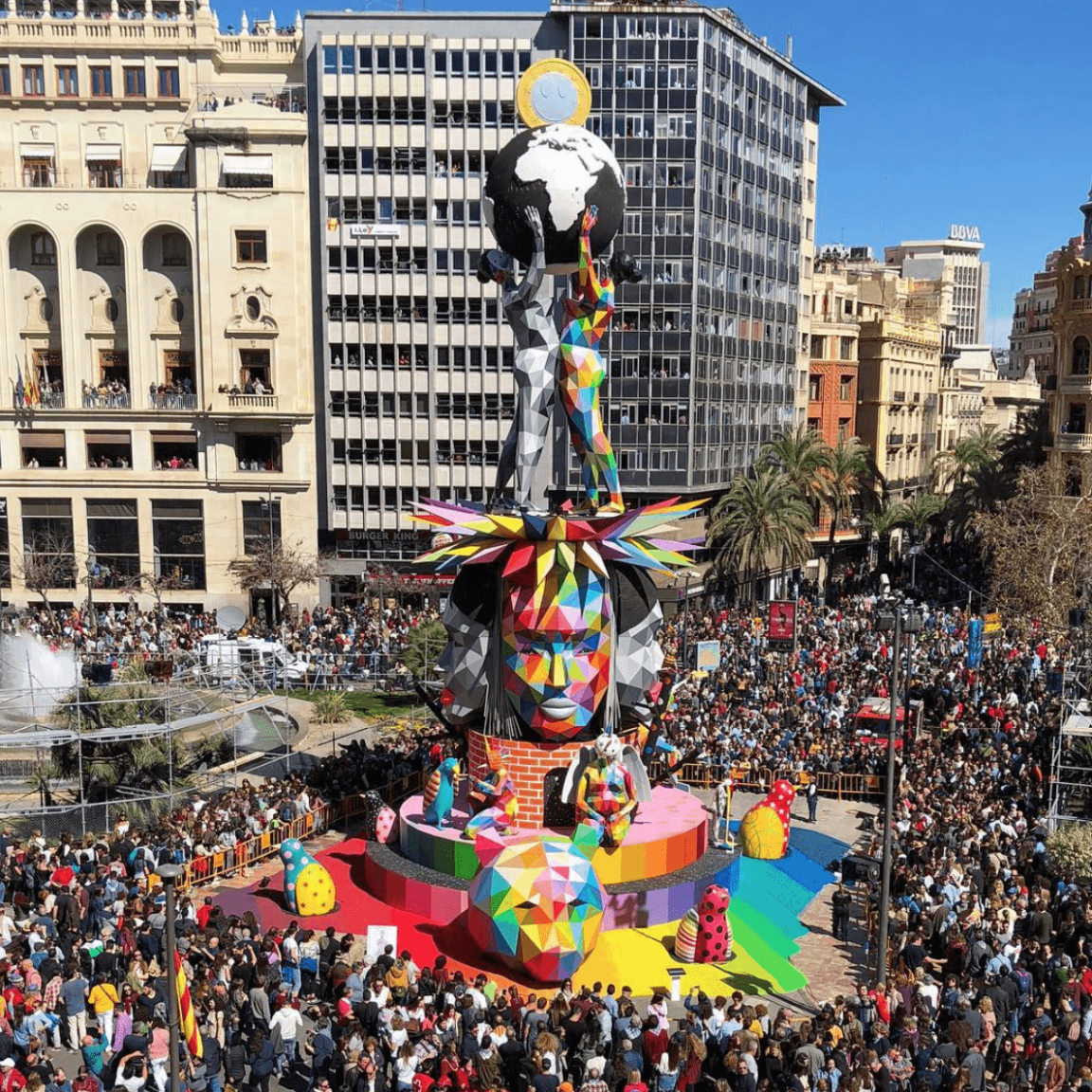 Each March, Spain has a traditional festival in Valencia, dating back thousands of years, also called Fallas. Held in commemoration of St. Joseph, neighborhoods throughout the city spend the year developing a giant puppet known as a falla. And this year, Spanish street artist Okuda San Miguel joined the festivities, creating an 82-foot-high falla called Equilibri Universal. 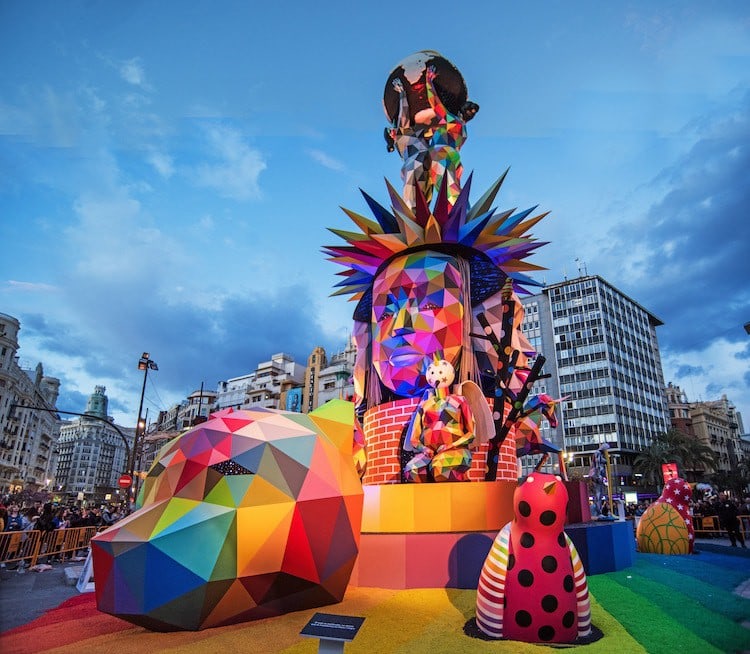 For such a traditional occasion, the invitation of a street artist has been revolutionary. Okuda worked diligently for a year to come up with the notion and took in the recommendation of local fallaartisans to make his vision a reality. Fallas is a serious company in Valencia, with every neighborhood working year-round to increase funds and then make their falla. Fittingly, falla translates to torch, and each one is filled up with fireworks that explode before burning. 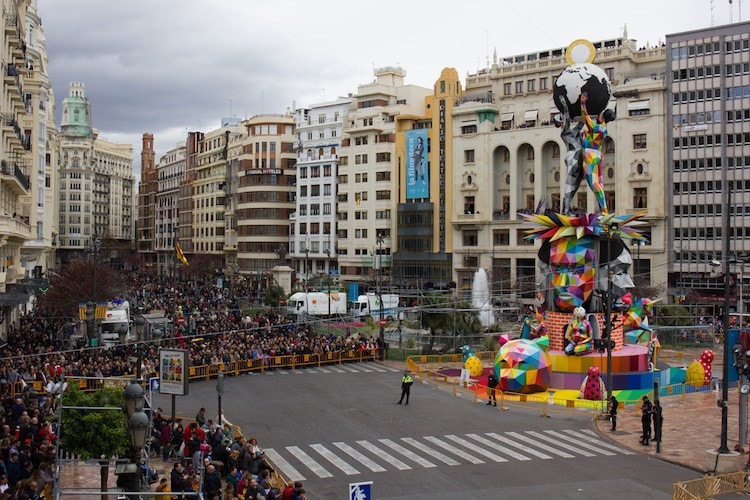 Okuda is no stranger to big projects, having changed a sizable church into a skatepark. However, Fallas introduced a completely new challenge. His largest sculpture to date he used over 700 spray cans on the colorful piece and had a group of 10 supporters to bring the work to completion. Ultimately, it was worth it. “It was one of the strongest feelings I have ever had in my entire life, but at precisely the same time very positive and unique,” he shares.

His inclusion in such a traditional setting is yet another mark of how street art has become further incorporated into mainstream culture, moving from a fringe, underground motion to among the most significant artwork phenomena of the 21st century. 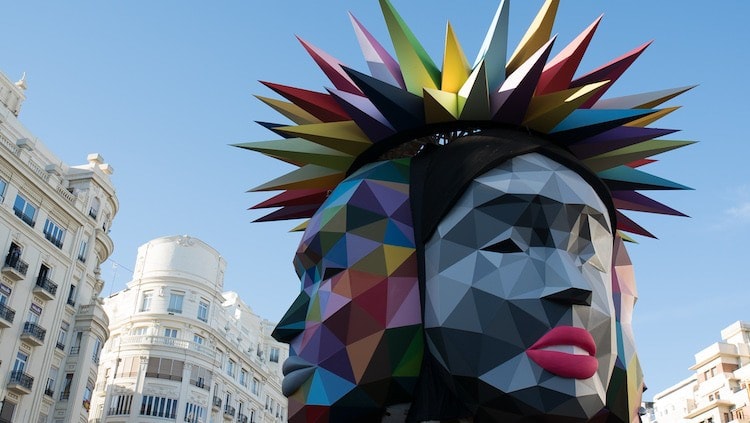 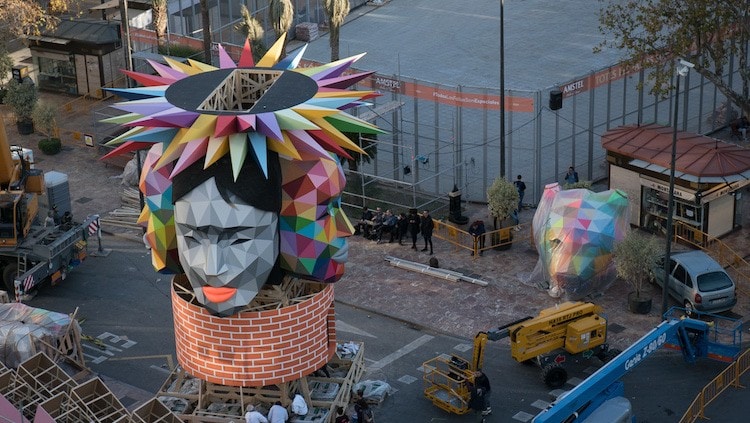 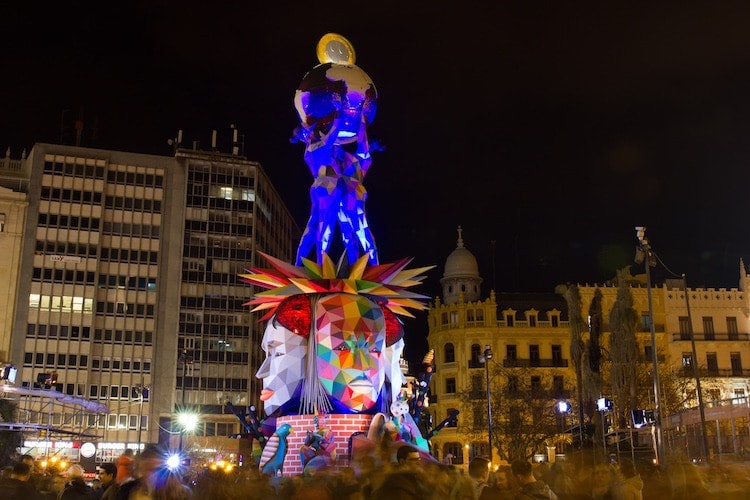 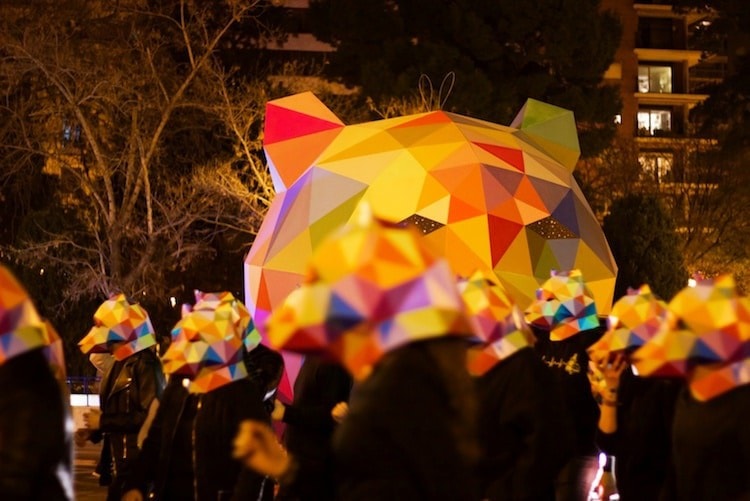 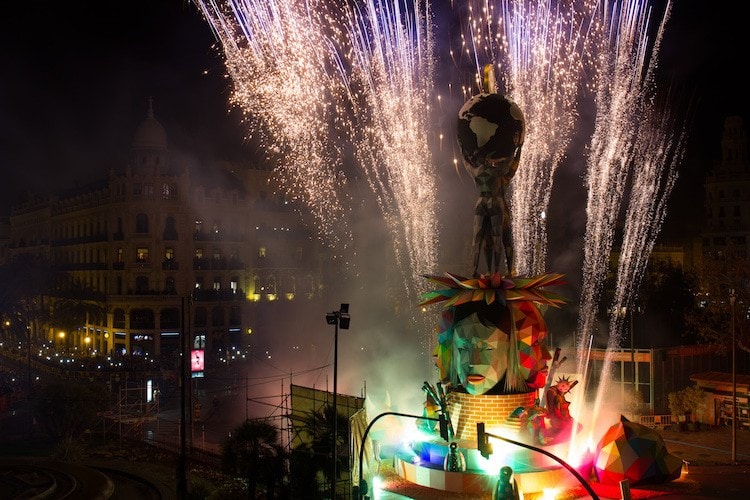 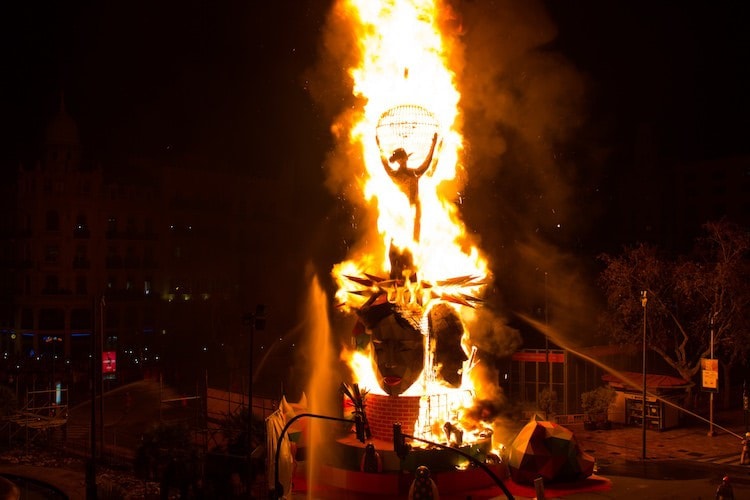