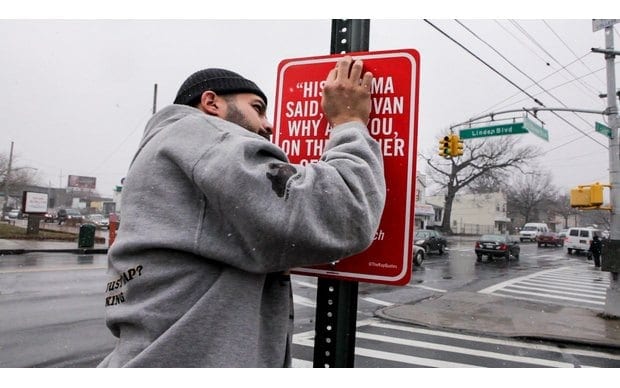 New York street artist Jay Shells started a new art project “Rap-quotations” in which he goes through the city and attaches to pillars with rap quotes of the texts by hip-hop artists such as Mos Def, Jay-Z, Mobb Deep, GZA, NES, Kanye West, Busta Rhymes and others. For the first day Shells literally walked the entire city and prepositional on poles over 30 red tablets, and did it in certain places – near it with the addresses that are in most of these citations.