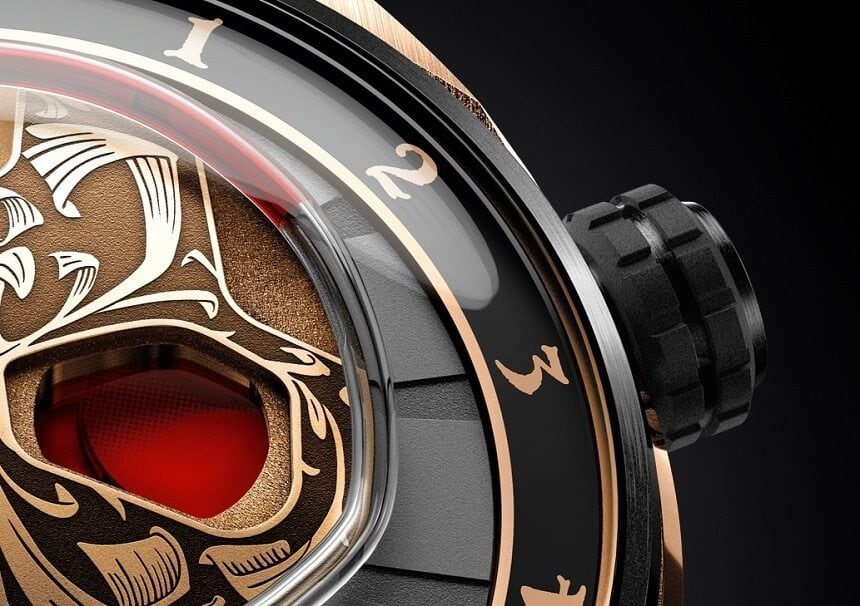 HYT has decided to surprise us once again with a new version of one of their excellent watches, called the HYT Skull Maori. The watch features traditional ornamental techniques, which is a first for the brand, and if the skull looks natural to you, it’s because it’s the same one featured on earlier models in the HYT Skull collection. This time the skull has been brought to life by complex engraving in Maori style, but there are more exciting features to be talking about: sand from an expensive beach in the style of a bezel, a wind-up generator that allows the mechanical piece to benefit from electricity as well as an elegant case made out of cigar leaves and Polyepoxide. The HYT Skull Maori features a design that’s apparently inspired by the ancient culture with a massive golden skull dominating the face and featuring a special engraving that gives the watch a unique personality. The same Maori-inspired design is continued the strap of this watch, beautifully complementing its dial. Priced at the US $120,000, the HYT Skull Maori is a limited edition watch, with only 15 pieces to be produced.