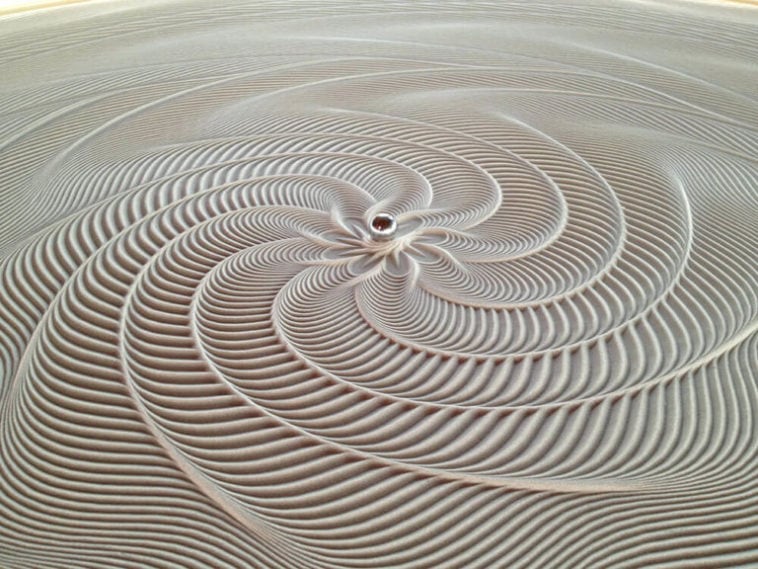 Twenty-five years ago Bruce Shapiro resigned his medical practice to start on a journey that would unite technology with the meditative method of sand art. He used CNC machines, which at the time were originally used in manufacturing environments, to produce his kinetic art project named as Sisyphus . While Shapiro has designed sculptures for Sisyphus over the past 20 years, exhibiting his work across the US, Canada, Europe, and Australia. Together with Nordeast Makers, a Minneapolis-based makers space he supported found, Shapiro has developed the Sisyphus Kinetic Art Table

“Over time I have come to view Sisyphus as more than a kinetic art piece: it is an instrument, ” Shapiro states. “As a musical instrument plays songs, Sisyphus plays paths. My goal with this Kickstarter is to get Sisyphus into people’s homes for them to enjoy as both furniture and art, but also, to inspire a community of composers to write ‘music’ for it.”

Bringing the study of a Zen garden indoors, Sisyphus has no on/off switch. It completely plugs in and automatically calibrates itself, loads a default playlist of paths, and begins playing. 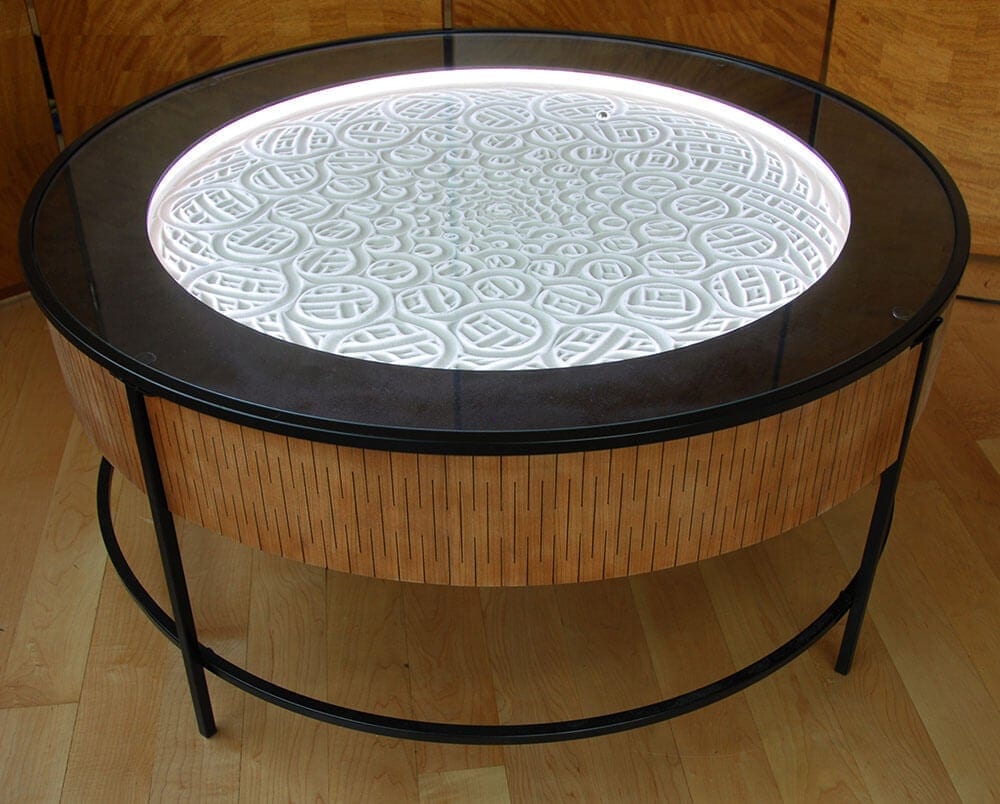 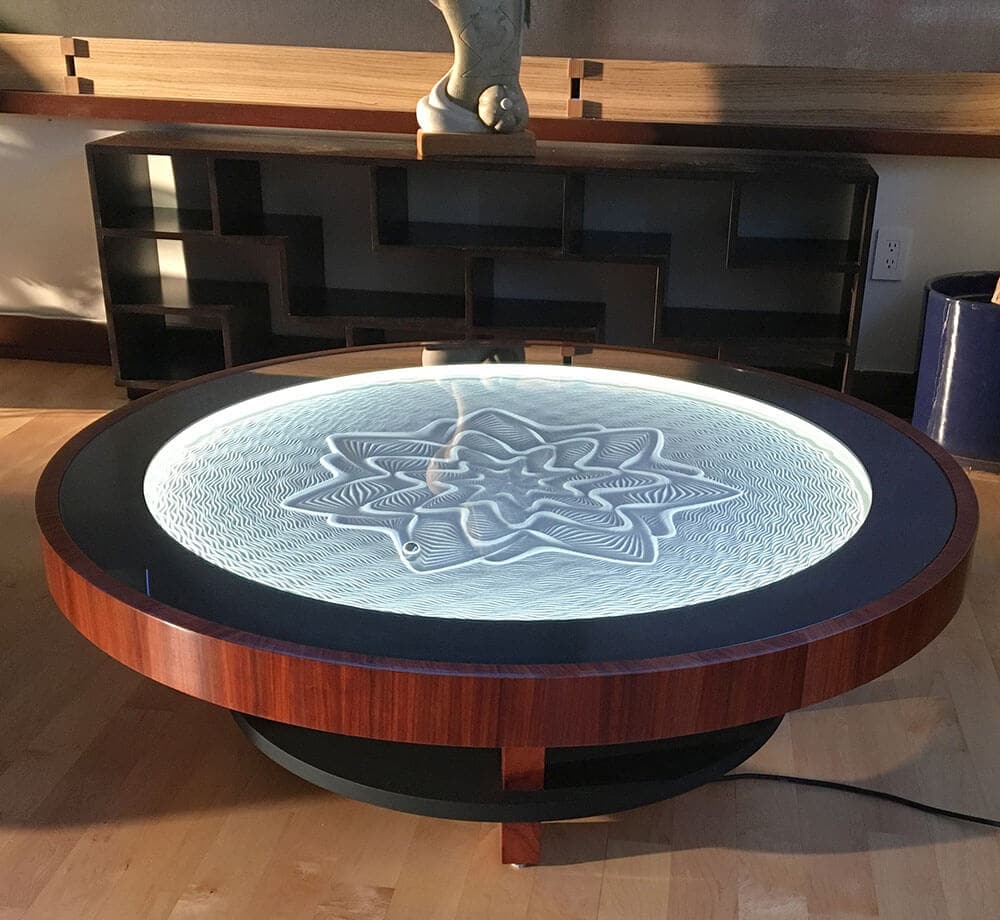 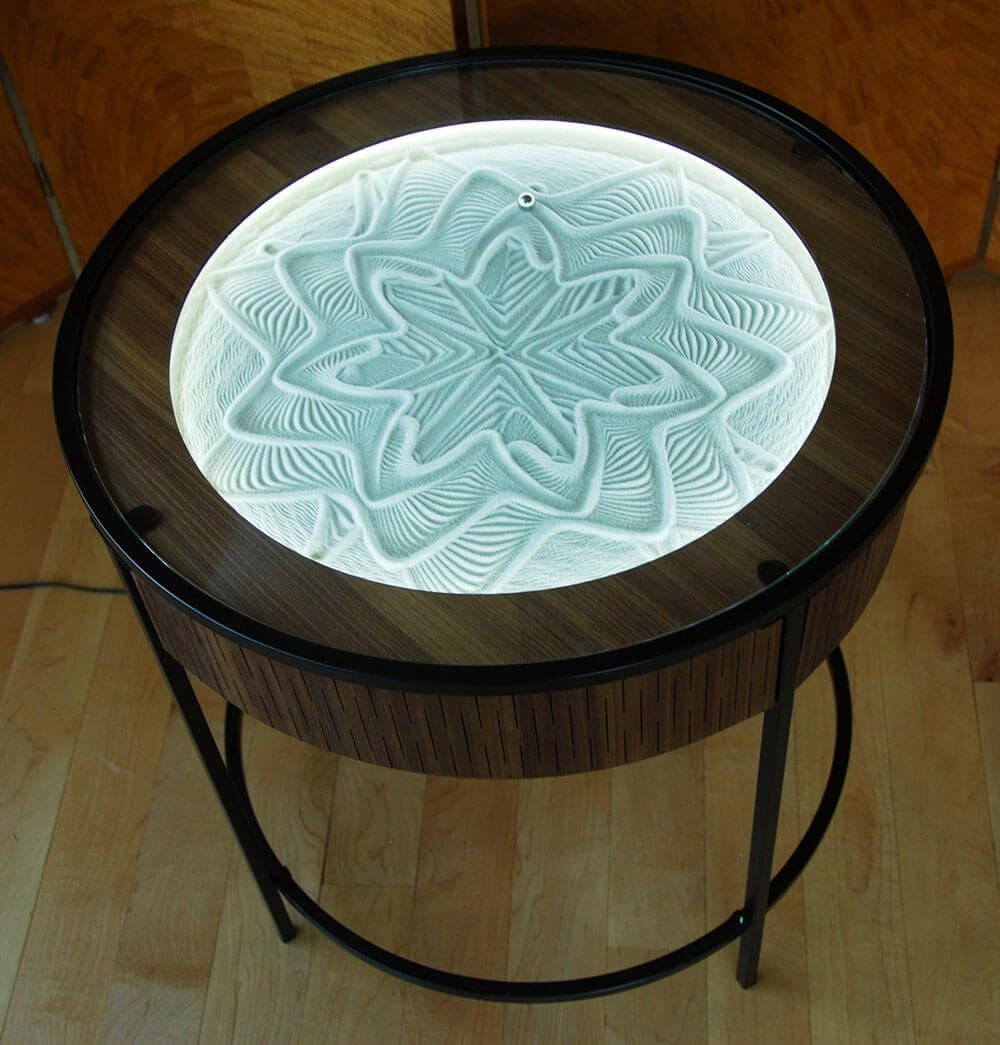 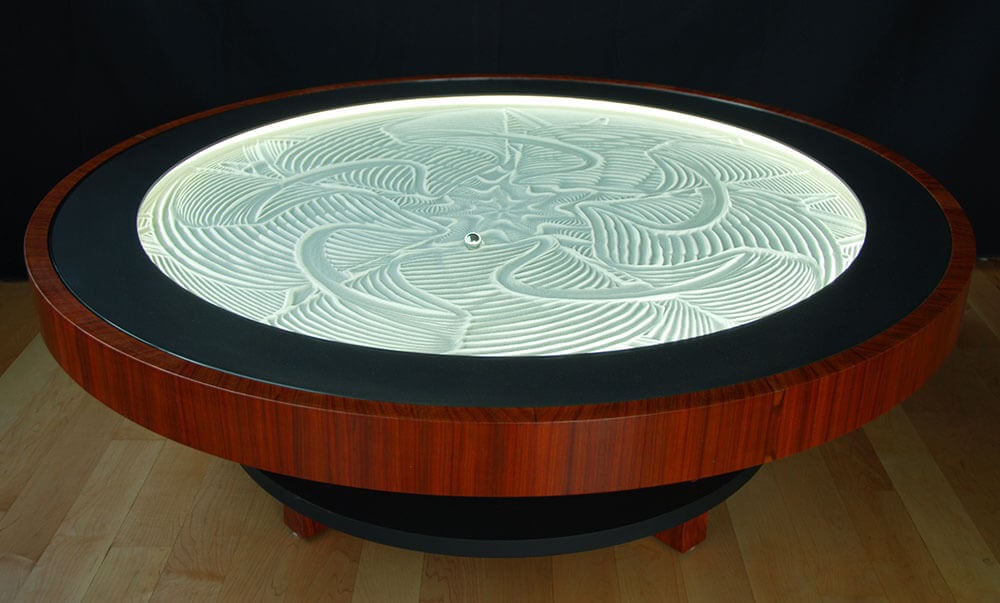 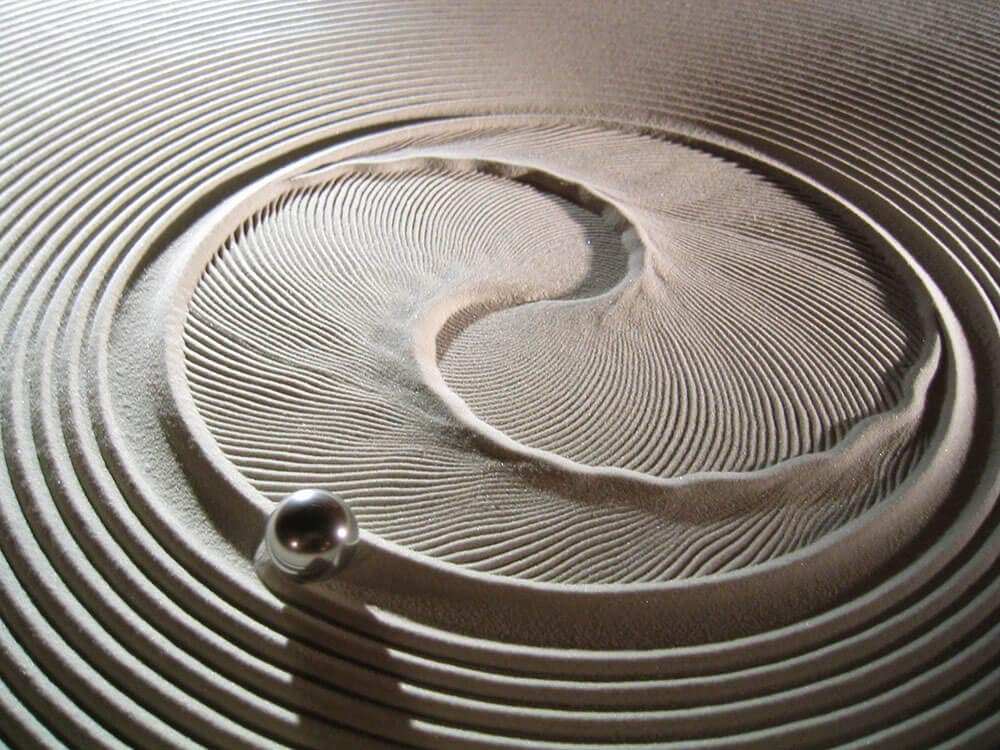 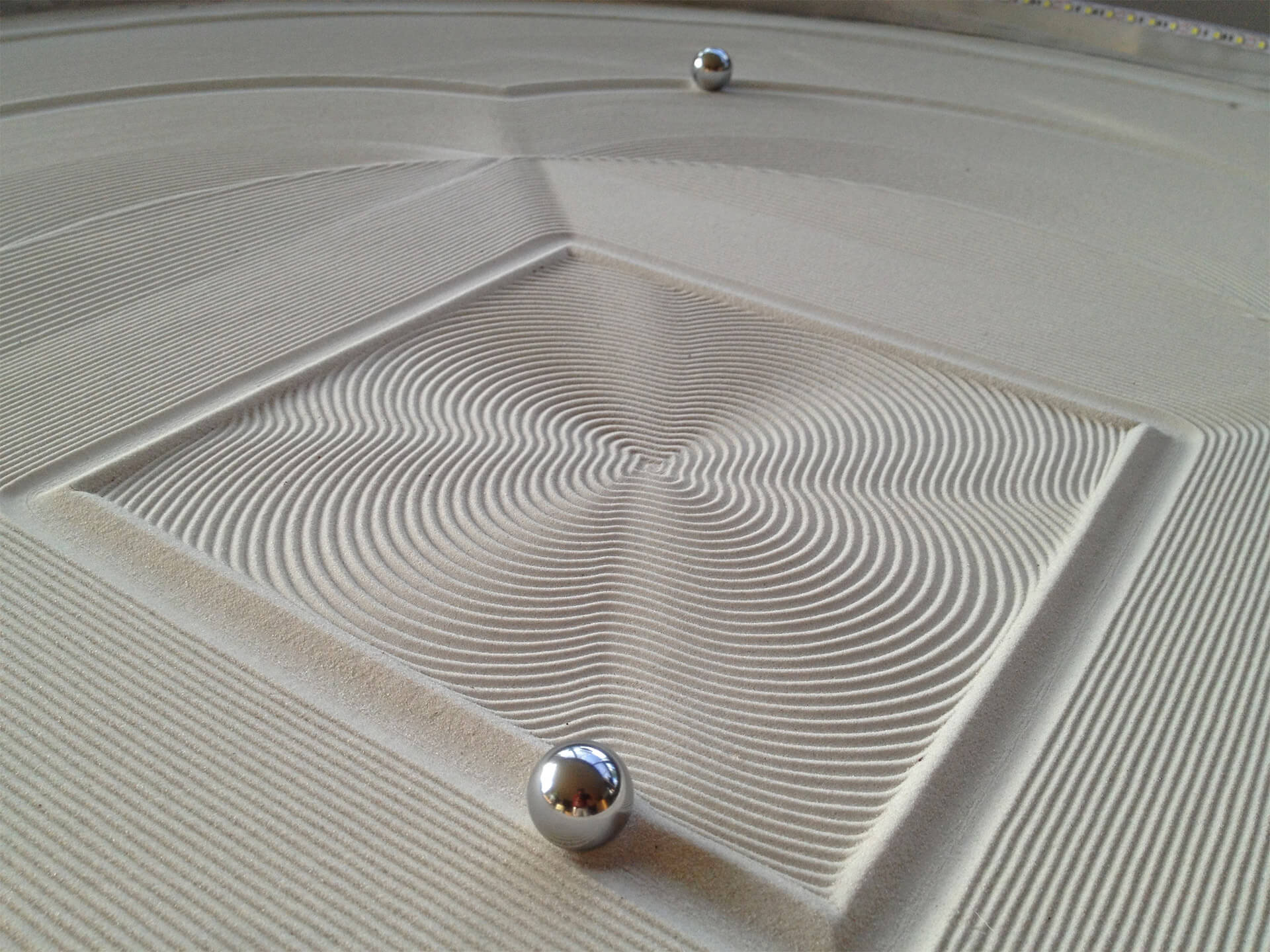