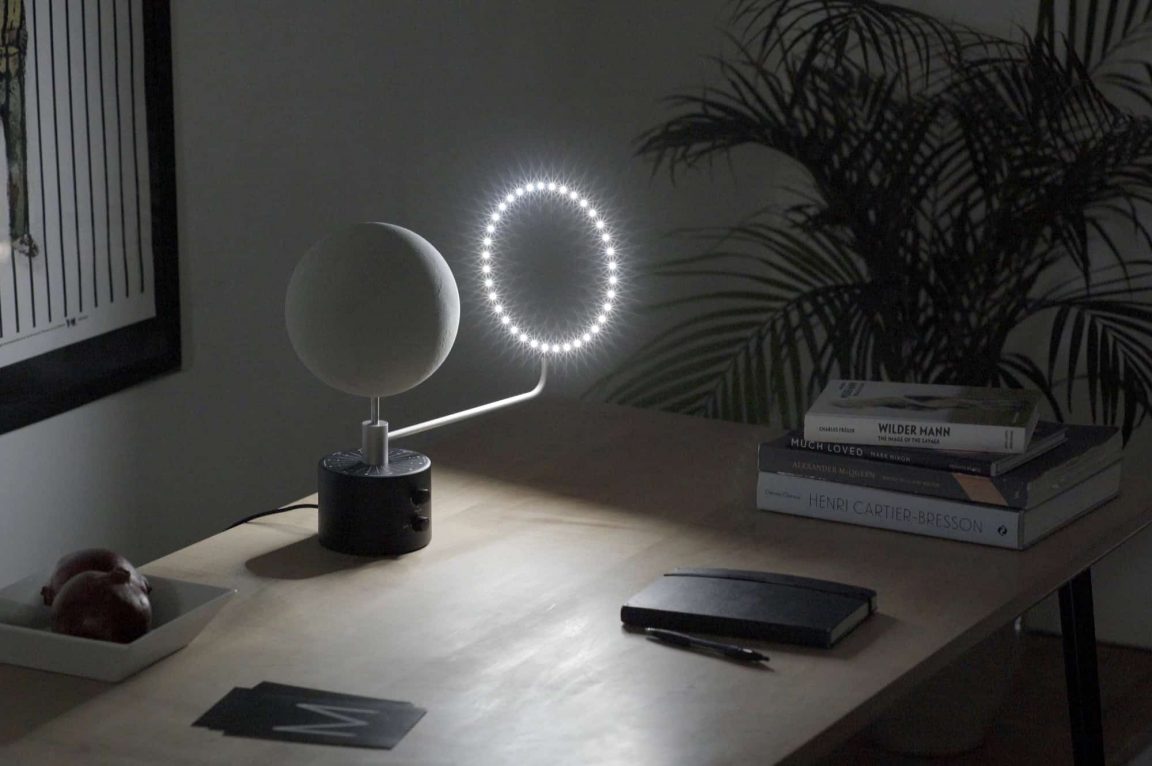 Designer Oscar Lhermitte has co-operated with design studio Kudu to produce a topographically correct lunar globe that turns along with the phases of the moon. MOON at a 1:20 million scales and was produced with data from NASA to reveal all of the moon’s craters in exact detail. As the round light or “the sun,” turns around the globe, dramatic shadows are cast across its surface.

With three settings, you can manually turn the moon to the position you desire, place it on a demo to let you see all phases in 30 seconds, or switch it to live mode to have the piece synchronize with the current position of the moon itself. In addition to a physical similarity to the moon, the Globe also has an inherent connection to it. MOON’s computer system has the same memory as the Apollo 11 computers that landed the first men on the Earth-orbiting giant.

via Faith is Torment 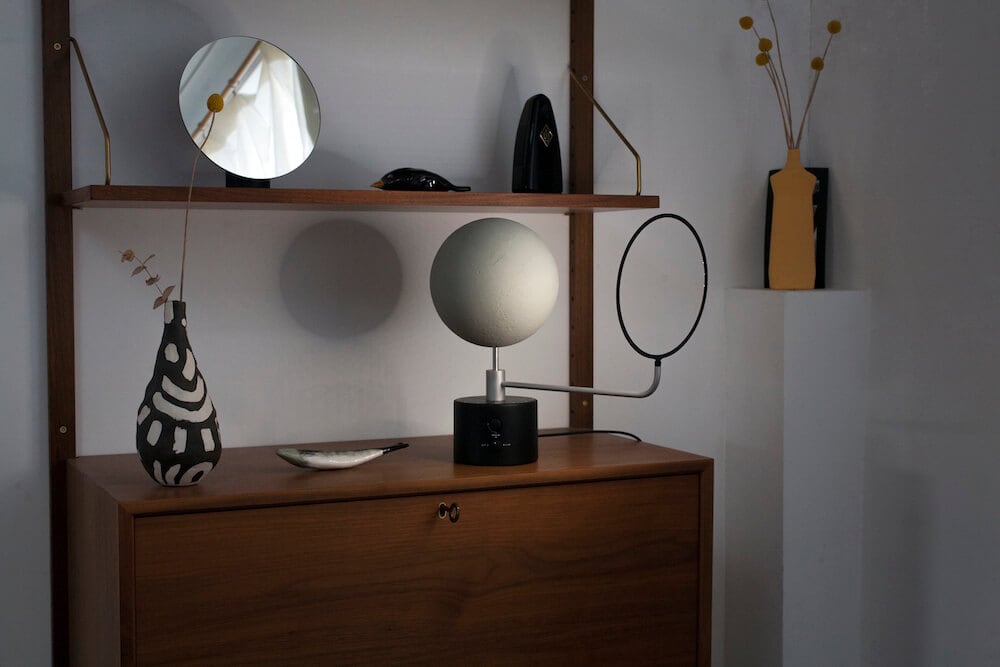 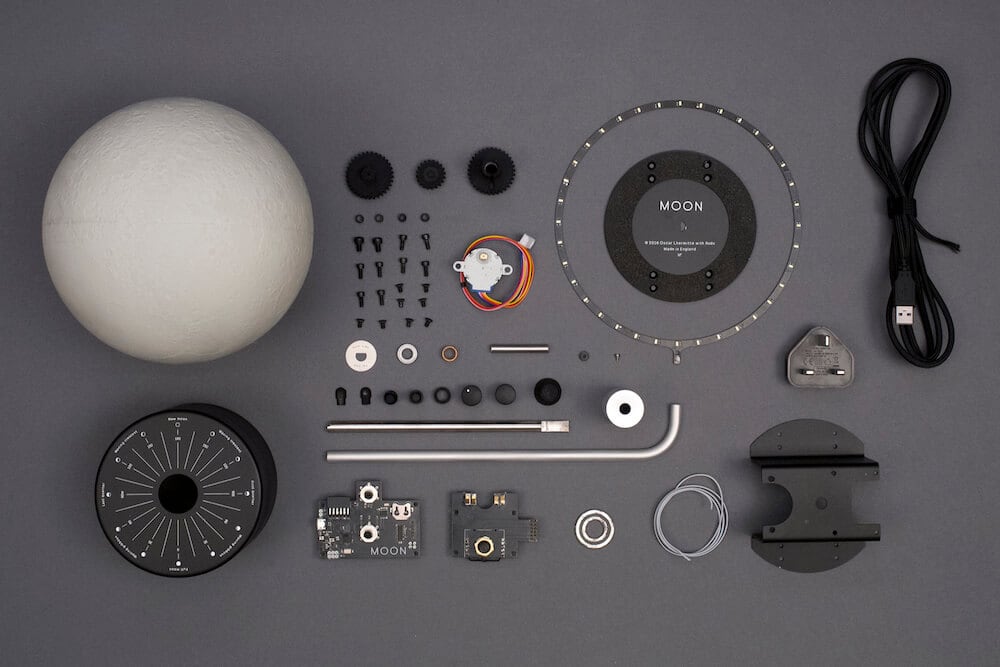 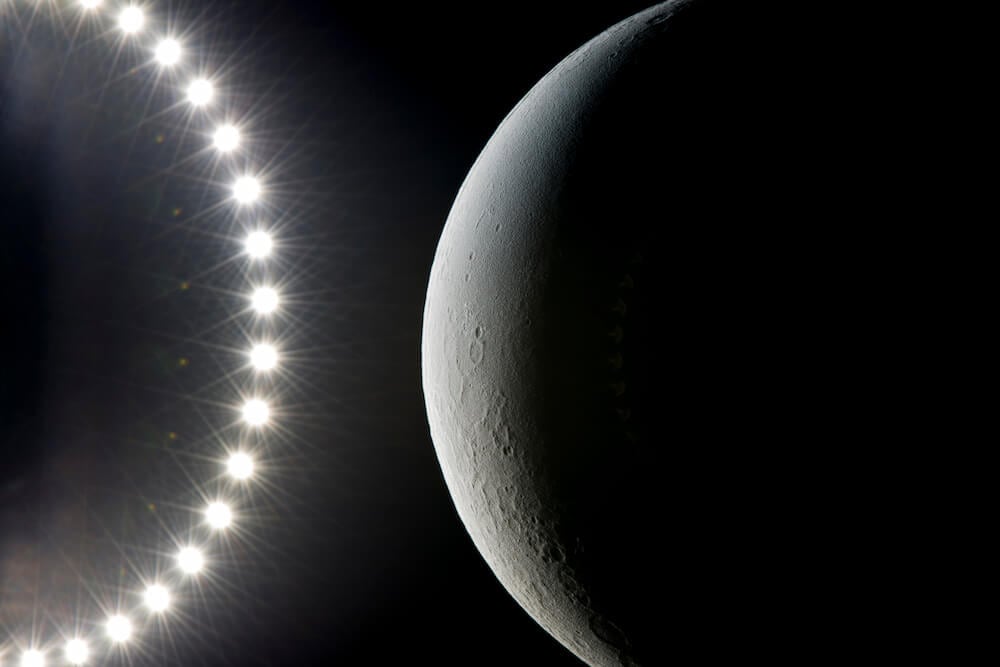 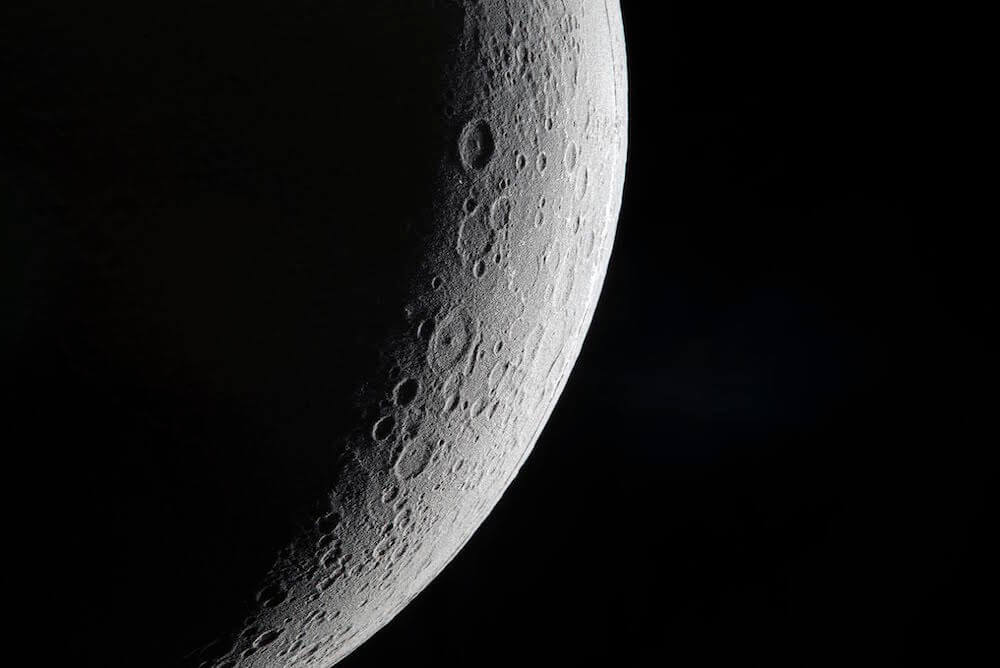 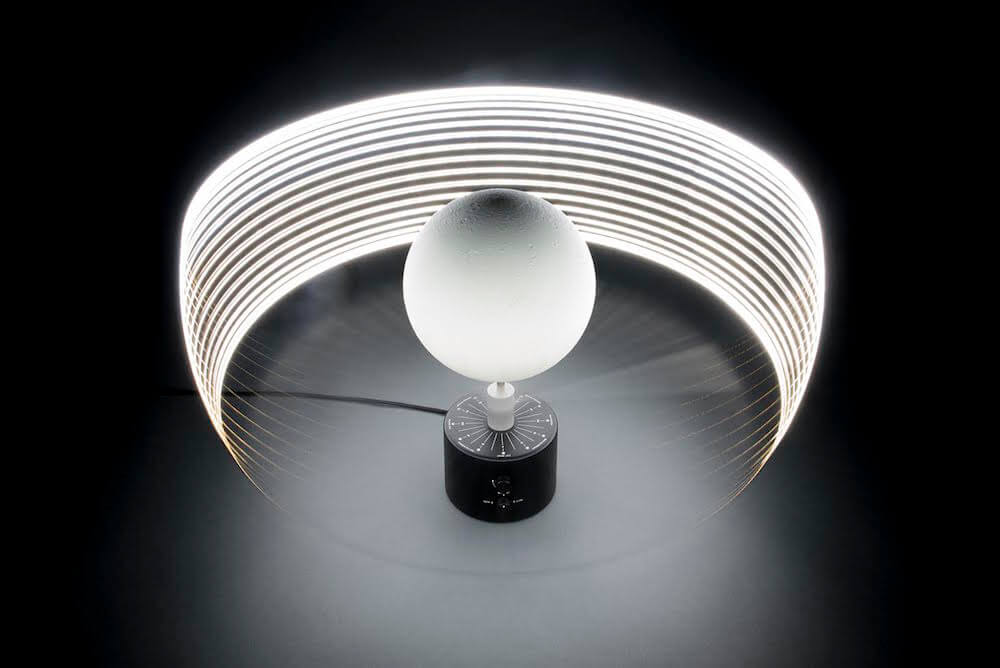