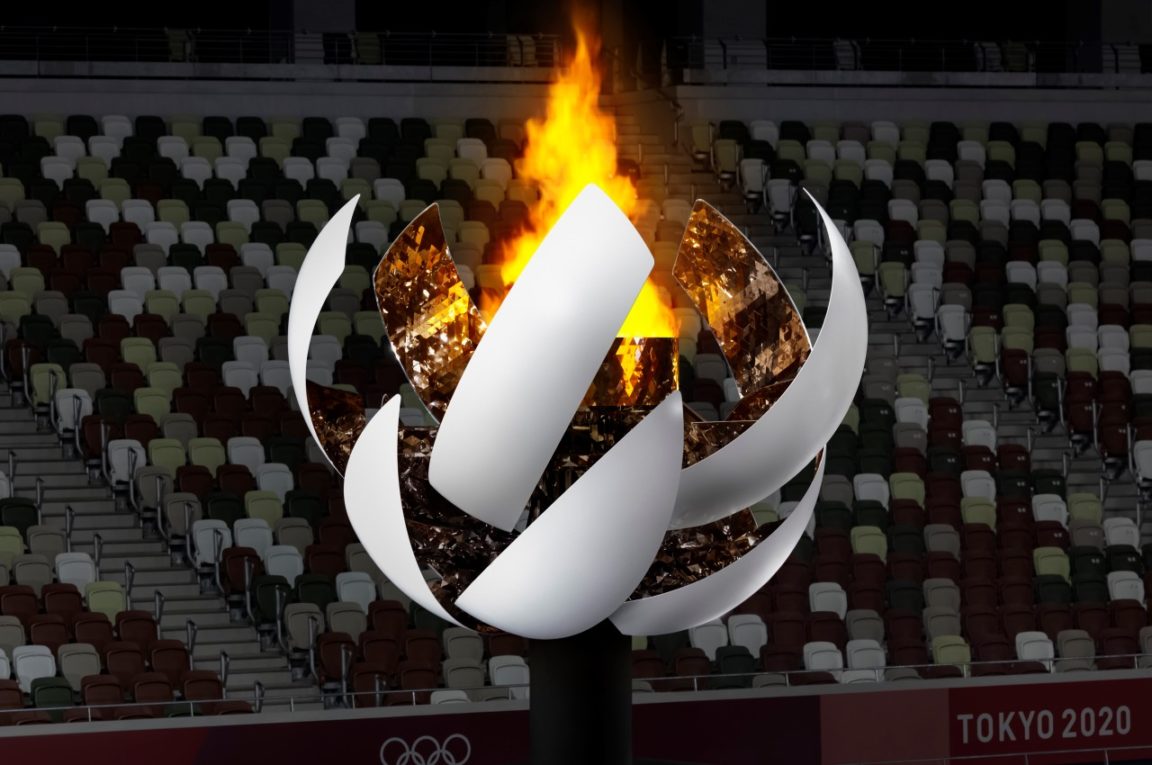 The cauldron, which was lit on Friday to flag off the Tokyo Olympics, was created on the philosophy of “All gather under the Sun, all are equal, and all receive energy.” Showcased as the centerpiece of the Olympic Opening Ceremony, the kinetic cauldron started by first assuming a spherical shape. This cauldron is constructed from stainless steel and aluminum with an opening in its top that contains a firepit inside. The cauldron is suspended above ground level and designed to be both symmetrical and lightweight for ease of viewing by spectators.

A Japanese company, Nendo, designed the cauldron. After 85 iterations of design and preliminary designs, including a spinning inferno inside of the structure, they finally settled on a spherical shape that blooms open. The final design includes ten panels that reflect light onto one another and rise upward to form the flower-like opening at the top.
“This expresses not only the Sun itself, but also the energy and vitality that can be obtained from it, such as plants sprouting, flowers blooming, and hands opening wide toward the sky,” says Nendo founder Oki Sato.
The cauldron was constructed with a zero-emissions fuel source called hydrogen. This hydrogen is produced at a facility in Fukushima, which has been recovering from the 2011 Great East Japan Earthquake. To give the flames an iconic yellow color, they were sprayed with potentially dangerous sodium carbonate during the opening ceremony of the Tokyo Olympics 2020.

A 10-meter (33.3 feet) high cauldron, which was lit Friday to start the Olympics in Tokyo officially, was created with the philosophy of “All gather under the sun, and all are equal; all receive energy.” On display as the centerpiece for a lavish opening ceremony, its kinetic design started by first assuming a spherical shape before blooming open like a flower revealing an internal fire pit. Energy for that fire came from hydrogen while keeping in line with Japan’s commitment to eco-friendly games. The mirror inside the aluminum panels helped ‘multiply’ the effect of fire by creating shimmering reflections. The complete installation was rigorously tested to be safe for any conditions, including heat vulnerability and wind resistance alike.
On Friday, the 23rd, at the finale of the opening ceremony, a cauldron designed by architect Kengo Kuma was revealed within Tokyo National Stadium.
The Japanese tennis player Naomi Osaka lit the ceremonial fire.