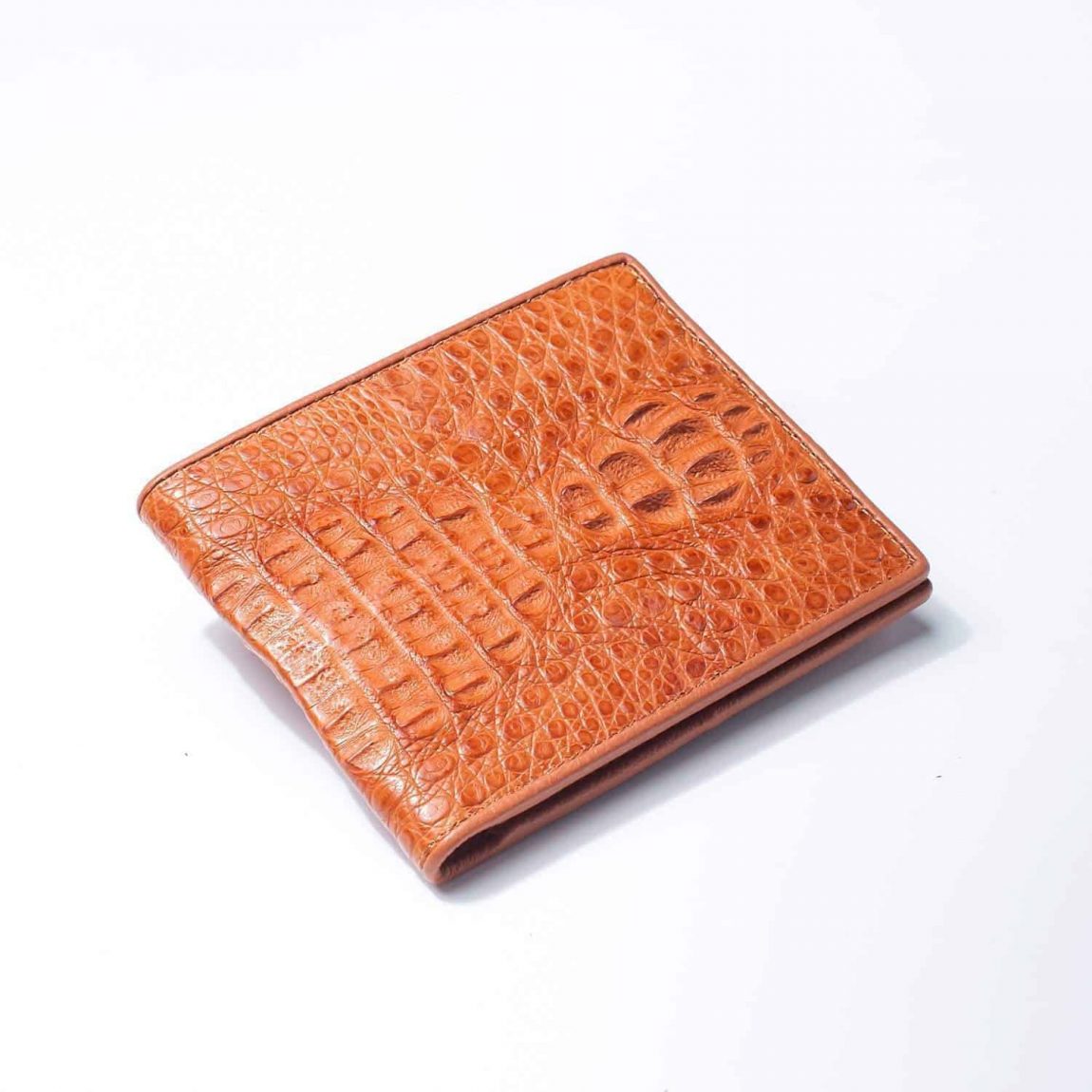 The word “croc” is used for crocodile leather. Crocodile leather, regardless of finish, is one of the most expensive types of leather. There are reasons for that, including:

Compared to common-grade leathers such as cowhide, the croc is far more versatile, far tougher and more durable (crocs are predators), and a universal symbol of status. Please, learn to dismiss the fakes. Genuine crocodile leather wallets, bags or shoes are decidedly not for everyone.

Crocodiles are harvested when young. Even so, they are notoriously dangerous reptiles. It takes approximately three crocodiles to make a bag.

Skins are graded according to a complex system of super exact and demanding criteria; there should ideally be no holes, cuts or scars and the whole skin – except the armored back – should be available and entirely fleshed.

To ensure a high-grade skin, and thus a significantly higher profit for the brand that manufactures the end product, it must be skinned by true professionals.

One thing that’s being discussed a lot – and often to no end – is whether the big fashion brands, or at least some of them, use skins that have been skinned alive or not.

Other than the laws against it – which don’t necessarily exist, or are easily broken, in developing countries – there is the issue of practicality and profit. Any professional would say that skinning an animal alive is not just unnecessarily dangerous to the people doing it, but very cost-ineffective.

At the same time, videos and articles like the PETA one above – called fake news by some, sworn by others – do circulate.

Another controversial issue is that the croc industry may or may not be a threat to the ecosystem.

This depends again on the geographic origin of the skins, and essentially on whether they are farmed or hunted – the latter often illegally, in areas where a certain species has been or is close to being declared endangered, such as many parts of Africa.

Which Brings Us To The Topic Of Farming

Most quality croc in the West comes from farms, not from the wild – at least according to official statistics.

In Australia most specifically, croc farming is essential to the economy. The quality standards there are uncompromising. The technological and professional refinement of Australians in the croc trade is unsurpassed.

Beyond the serious environmental concerns, the skin of wild crocodiles is much more likely to show signs of damage than that of farm-grown ones. So what the farmers do, as Mr John Lever states in the article linked one paragraph above, is take the eggs from the wild – which is in itself risky enough – and grow the crocodiles in a controlled environment up to the age of harvest.

Mr. Lever, like probably all large-scale Australian farmers, prides himself on the internationally-acknowledged professionalism of his business. Koorana Crocodile Farm only sells to Italy.

Not only is it safe for the ecosystem in both the short and the long run, he assures the interviewers; it’s actually radically beneficial: “Instead of having 10,000 babies there competing for food in the same billabong, you’ve only got 1,000 — those 1,000 survive better.”

The reportedly huge success of his crocodile skin business is far from being an exception: according to the same article, Australia alone owns 60% of the global saltwater crocodile skins market.

Australian skins are not just among the most readily available – they are, most probably, the best.