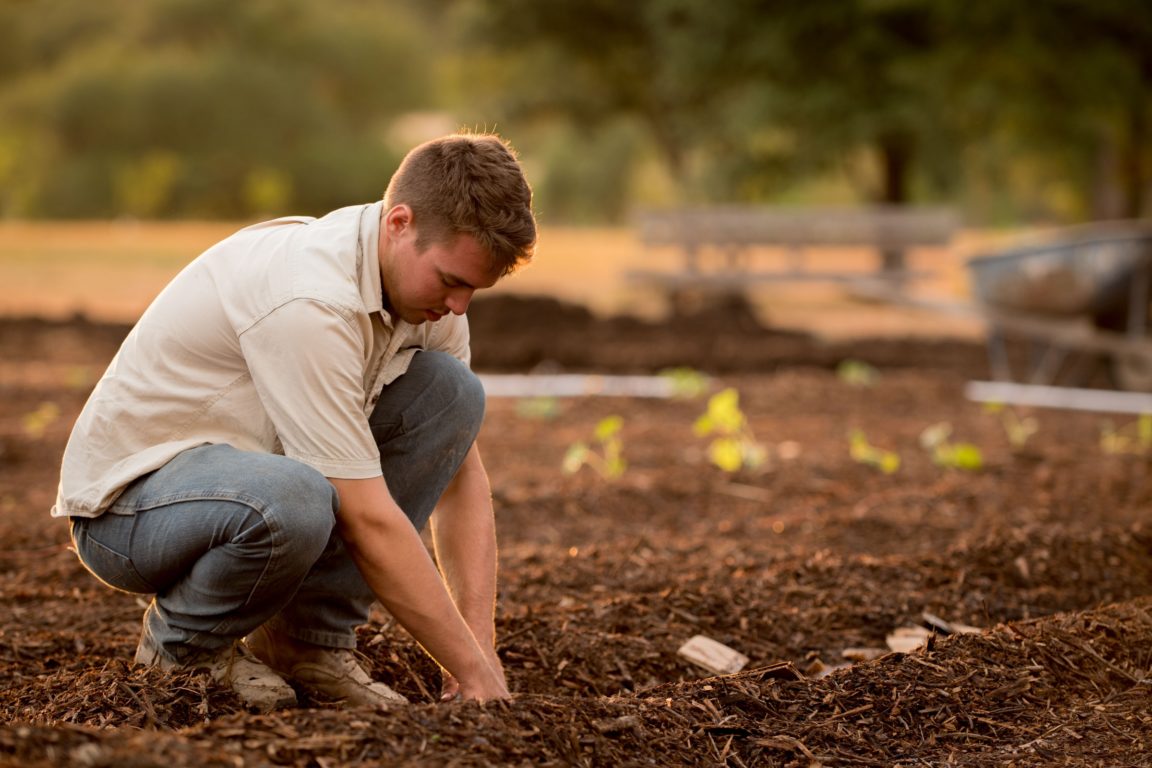 A reason to garden, whether in the USA or elsewhere, is because you know that you are eating organic foods. This is because you can control whether or not you use chemicals to help grow your home-grown foods. We can, however, help our plants to yield sizeable, nutritious, and wholesome food in other ways by, for instance, adopting a garden watering system. Vegetable garden irrigation is the solution to retaining an organic approach when gardening.

Have you ever heard of the idea that organic foods are better for you? They are often touted for their lack of pesticides, but do they have more health benefits?

It’s hard to feel right about food when you know that much of what you eat is made with ingredients that are, not only unhealthy but are also potentially harmful to humans and the environment. A common, but often overlooked example, is pesticides. Many people worry about the effects pesticides will have on the environment, but what about humans? Some pesticides, like organophosphates, can be particularly bad for human health – they are known to cause neurological problems, including dizziness, seizures, tremors, and even death.

We all want our food to be healthy, but when it comes in a plastic package from a chain store in the middle of the city… well… it is often not. So, why wouldn’t you want to grow your vegetables or shop in an organic supermarket, where the food is grown naturally in a field, and not in a test tube?

Organic foods are better for you. From the gardens or fields where they are grown to the time they are in our diet; they are in a constant state of change. This means that the food in, for example, a jar, has passed through a fair number of hands, in between which it has been exposed to various substances that could have caused disease.

There are a lot of reasons to switch from conventional foods to organic, but unfortunately, most of them aren’t exactly encouraging. Firstly, organic agriculture is more sustainable. In the long run, it can create a net gain for the environment. Secondly, it’s more ethical. There’s a long-standing debate about genetically modified foods and what they can mean for the environment and our health, but there’s no question that conventional farming is a major source of chemical pesticides and hormones in our food. This is not to say that organic food is always free of chemicals, but it’s much less likely to contain them.

Organic farming is one of the fastest-growing areas in the food industry today. The number of organic restaurants and grocery stores is growing, and with that growth comes a growing demand for organic products. Yet, most people are not aware that organic farming is environmentally friendly, and that it provides numerous benefits, while not compromising on taste.

Organic farming is one of the most sustainable ways of farming. The basic principles of organic food production have been around for centuries, intending to produce the most wholesome and nutritious food possible, by using the least number of chemical inputs and soil tillage. However, it is only recently that this ancient principle has been rejuvenated to introduce more sustainable techniques and practices to go along with it.

How to go Organic

With the recent rise of food allergies and health concerns, more people are making the switch to organic produce.

Organic foods are the future of food. There are many benefits of eating organic food, but there are also drawbacks. Most problems can be solved with proper care of the soil. However, the transition to organic is not easy. Numerous things can go wrong during the transition – from pests to cross-contamination, to unhygienic practices, to money, and to the overall impact on the environment – as with any organic transition, having organic food on hand can help greatly. It can help you avoid buying more than you need and help you understand the benefits of organic foods.

Eating organic food is usually perceived as a way to avoid pesticides and other potentially harmful chemicals, and to eat in an environmentally friendly way. For most people, this is a good idea, and buying organically certified food is a simple and sometimes inexpensive way to help the earth. However, that doesn’t mean organic food is the only way to eat. Organic food is good for the earth, but it’s also good for your food budget.

I hope you will try switching to organic food because it’s good for you, the planet, and the farmers who grow it. If you do not want to commit to fully organic, try to at least buy local and in-season produce. If you want to know more about how your food is grown, do not be afraid to speak up, ask questions, and learn about the food you put in your body. Plus, if you want to give growing your own organic food, then irrigation is the answer to making your garden ready to grow your food organically. It provides the kind of environment that plants, vegetables, and crops will appreciate.