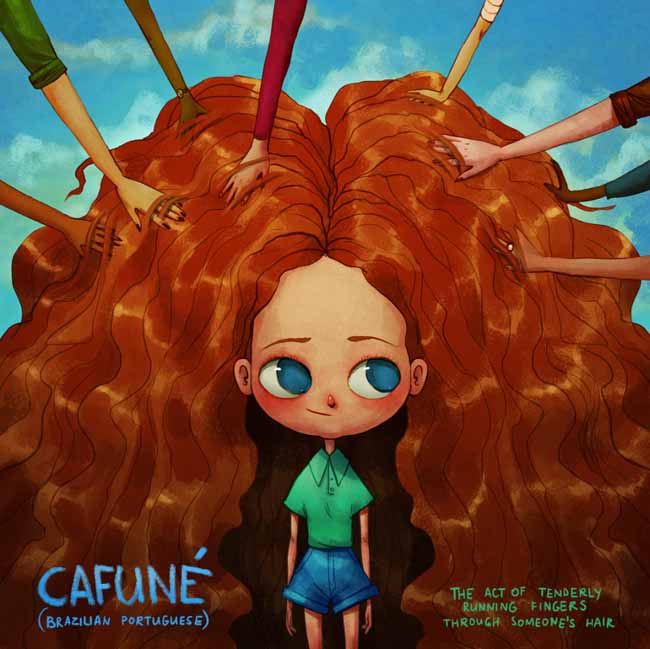 The English language contains one million, twenty-five thousand, one hundred and nine words. Even so, there are some words that don’t exist in English language but do in others, used to describe certain feelings and situations. There are situations in life that can make the biggest vocabulary master struggle to put them to paper. Situations so fascinating, gruesome or unknown that we just can’t get the exact sequence of letters to express them.

But have you ever thought borrowing phrases from other languages?

Check out some of our favorites below.

Palegg (Norwegian): anything and everything that you can put on a slice of bread

Gufra (Arabic): the amount of water that can be held in a hand

Baku-Shan (Japanese): a beautiful girl – as long as she is being viewed from behind

Duende (Spanish): the mysterious power that a work of art has to deeply move a person

Age-Otori (Japanese): to look worse after a haircut

Kyoikumama (Japanese): a mother who relentlessly pushes her children toward academic achievement

Luftmensch (Yiddish): refers to someone who is a bit of a dreamer, and literally means “air person”

Torchlusspanik (German): the fear of diminishing opportunities as one ages

Tingo (Pascuense): the act of taking objects one desires from the house of a friend by gradually borrowing all of them