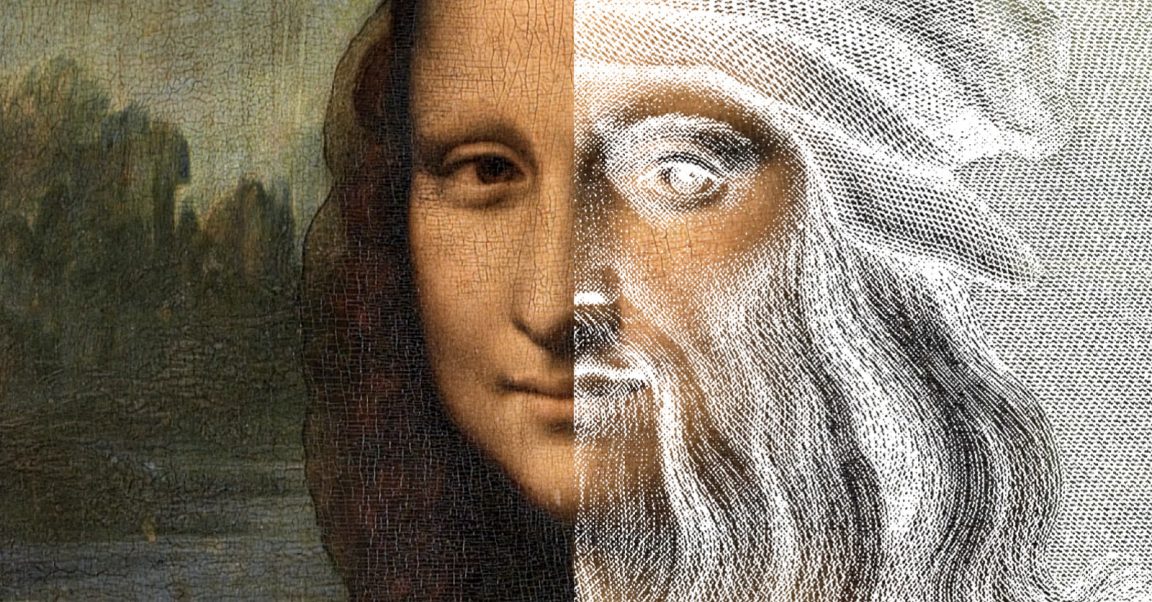 Biopic movies about artists are few and far between. As much as everyone appreciates art to a degree, art is a high-brow subject that’s seen by many but understood by few. Movie and television producers generally make products to appeal to as wide an audience as possible in order to make money, and so that usually means that stories about great artists – impressive as they might be – aren’t on the agenda. If there’s any candidate in the whole history of art who might be an exception to that rule, though, it’s Leonardo da Vinci – and so it’s proved to be.

With a worldwide audience of millions and a cash reserves that outstrip those of many developing nations, Netflix can afford to take a risk or two when it’s putting together big-budget productions, and in 2021 it’s going to do exactly that with a whole series of drama based on da Vinci’s life. It appears that no expense is being spared in the pursuit of making the series, which will be called ‘Leonardo’ and is already being described as ‘event television.’ The production has found its leading man – and that man is Aidan Turner. Turner has already begun filming, and the first few images of him in character hit the internet last week.

Turner is no stranger to British audiences, and might soon become an even bigger name to audiences around the world. He’s one of the leading contenders to replace Daniel Craig in the iconic role of James Bond, but before he does that, he’ll be hoping to impress producers and directors with his interpretation as the greatest artist and polymath of the Renaissance era. Aside from bringing his acting talents to the table, Turner brings classic ‘leading man’ good looks. Portraits of da Vinci don’t always point to the idea of him being a particularly attractive man, but no amount of period clothing can mask the fact that Turner is so easy on the eye that he could almost be considered a work of art himself. He won millions of admirers during his time playing ‘Poldark’ for the BBC – a fact that he wasn’t always comfortable with – and he’s likely to win even more if ‘Leonardo’ turns out to be the big hit that Netflix is hoping for.
The series won’t be the first time in recent years that we’ve seen da Vinci used as the basis for a modern form of entertainment. Shockingly, he’s already proven to be a big hit at online slots websites. There are games with titles like ‘Da Vinci’s Treasure’ and ‘Da Vinci Diamonds’ available as online slots, and they’ve been played millions of times by people all over the world. We can’t think of a stranger way to come into contact with art than seeing famous paintings on the reels of online casino, but the popularity of the slots suggests that even now, more than five hundred years since his death, the da Vinci brand is still capable of making money. If his work can persuade people to spend money playing online slots, it can also presumably persuade people to tune in and find out more about the man behind the work.

A great leading man is worth nothing if he isn’t backed up by a strong script and an excellent production team, but it doesn’t look like Turner has much to worry about on that front. Frank Spotnitz, known for his work on ‘The X Files,’ wrote the treatment for the series and successfully pitched it to investors. He’s backed up by Steve Thompson, who has extensive experience working on the successful shows ‘Doctor Who’ and ‘Sherlock‘ for the BBC in the United Kingdom. Sony is also believed to be involved as partners to Netflix when it comes to funding and distribution. When you look at the whole picture, it’s geared toward making ‘Leonardo’ one of the most ‘must-see’ shows of next year.

This far out from transmission, details of the plot are few and far between, and we can probably expect the producers to take a few dramatic liberties with the finer points of da Vinci’s life – even though he led one of the most remarkable lives of any human being who ever lived. Fitting his whole tale into one single series would be impossible, and so the writers haven’t gone down that avenue. We haven’t seen any preview clips yet, but we’ve been able to confirm that it will focus on da Vinci during his younger years, with a special focus on the trials and tribulations that came with attempting to paint ‘The Last Supper.’ It is, however, impossible to imagine that any story about da Vinci won’t at least touch on the creation of the ‘Mona Lisa,’ so we expect the show to go at least a few years beyond the painting of ‘The Last Supper’ even if it doesn’t follow the great man all the way to the grave.

As ‘Mona Lisa’ is likely to be included, it’s reasonable to assume that we’ll see the writer’s interpretation of the true meaning and origin of the painting. The matter of who the woman in the painting is and why the work was created has been debated extensively by experts over the years, and while there’s consensus around some aspects of the tale, there’s never been total agreement. We haven’t so far heard of anyone being cast in the role, but if we know anything about television, the show will likely suggest that she was, at some point, a love interest for the painter.

While we, like most art lovers, will have fears that the show will focus on sensationalism and drama more than art and intrigue, we welcome any project that helps to bring a love of art to a wide audience – and it’s been a long time since we’ve seen anybody even try with a project as large-scale as this. We’ll be watching the show with great hopes and expectations when it’s transmitted next year – and we hope you will, too!