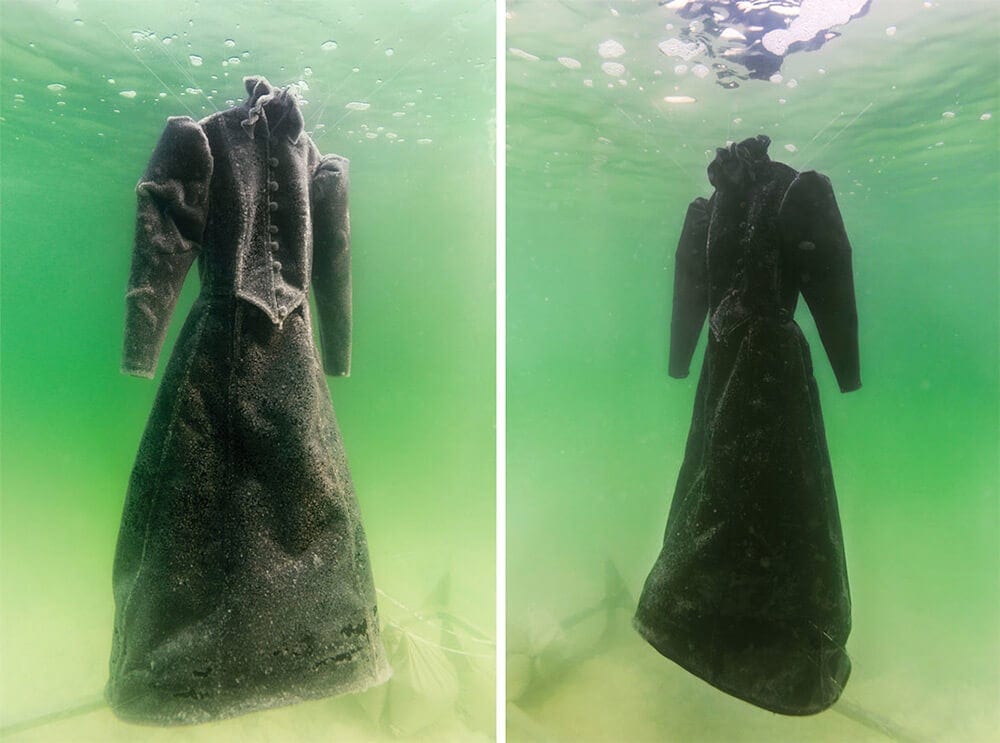 Israeli artist Sigalit Landau‘s love affair with the Dead Sea stretches back decades, having grown up on a hill that overlooks both the Judean desert and the northern part of this hypersaline lake that is among the saltiest on Earth. In her artistic practice, she uses the lake both as a backdrop—one of her most iconic artworks includes a video portrait of herself floating in the lake with an unraveling string of 500 watermelons—as well as a means to produce sculptural objects encrusted with thick layers of salt. Sigalit has built salt sculptures of violins, bicycles, boots, and fishing nets wrapped in carnallite crystals.

Written by S. Ansky between 1913 and 1916, The Dybbuk tells the story of a young bride possessed by an evil spirit and subsequently exorcised. In Landau’s Salt Bride series, Leah’s black garb is transformed underwater as salt crystals gradually adhere to the fabric. Over time, the sea’s alchemy transforms the plain garment from a symbol associated with death and madness into the wedding dress it was always intended to be.

via My Modern Met 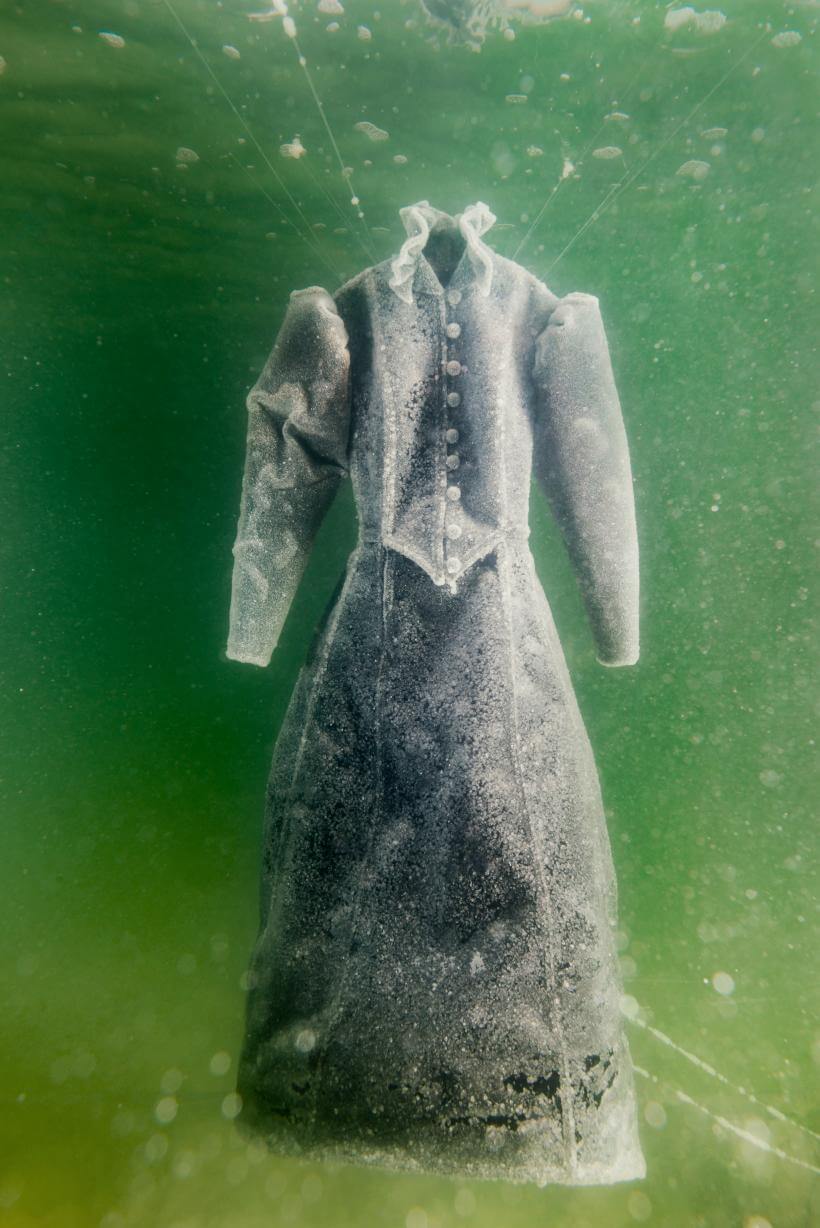