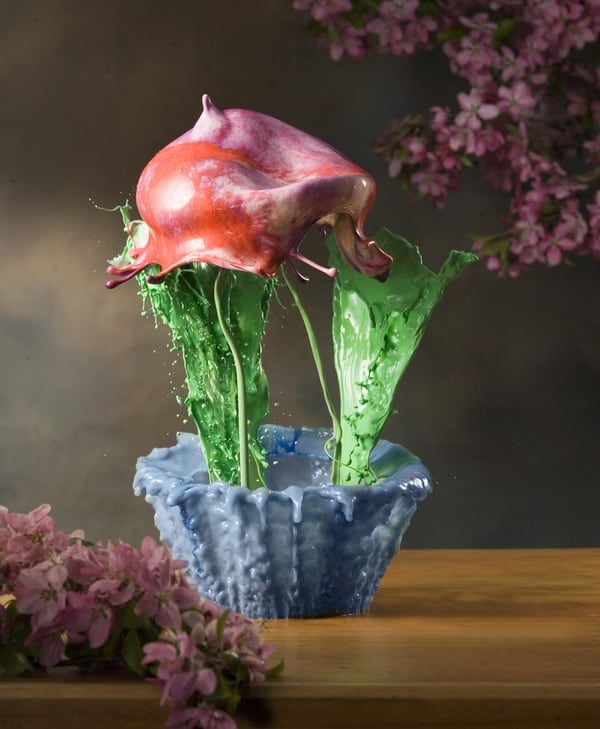 At a quick glance these colorful photographs by Milwaukee-based photographed Jack Long might pass as some kind of strange exotic flowers, but a squint of the eyes later reveals they are actually high speed photographs of colored water, captured in a way to mimic the shape of blooms, leaves, and even pots. Each photograph from Long’s Vessels and Blooms series is captured in a stunningly precise take that took months of trial and error to perfect. Like a mad scientist, he creates cocktails of dyes, thickeners, and pigments for each component of the shot and then blasts them through a customized mechanism before snapping a perfectly timed capture. “This series was a culmination of months of planning and testing. Hundreds of captures are made in testing and then much more during the actual final capture stage. A very few stand out as being the best,” he says. 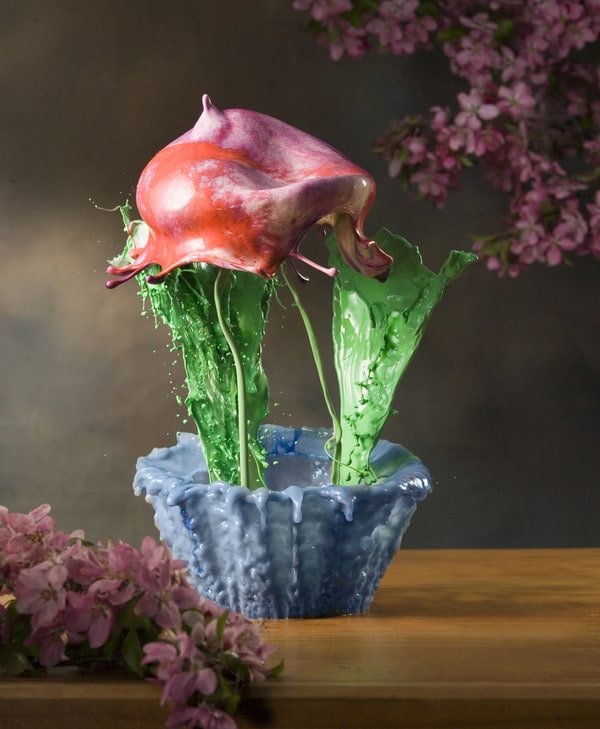