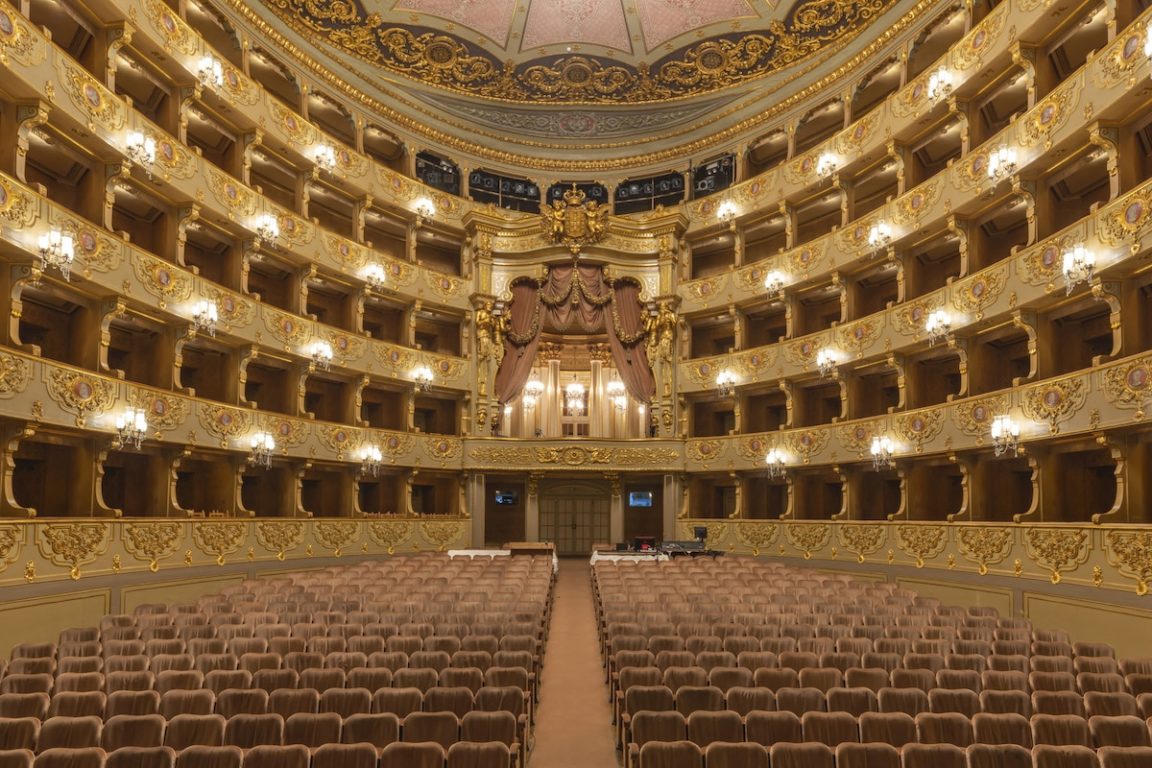 Richard Silver, a famous photographer, traveled the world photographing well known iconic interiors and landmarks. His adventures lasted over thirty years, with a camera in his hand. His newest creation of awesome pictures turned his lens towards ancient, historic theaters all around the world. He’s traveled through 94 countries, so he had plenty of time to get a unique photograph. This includes churches, libraries, and theaters. By putting himself on the scene, his images give perspicacity into how it must feel to be a performer. From modern structures like Beijing’s National Centre for the Performing Arts to 19th -century theaters like Buenos Aires‘ Teatro Colon, each interior has its tale. Silver’s shots allow us to feel the luxury and see each detail of their architecture, whether it’s ornate frescoes or velvet seating. Each space houses items that are just as magnificent as the productions they treat. Richard Silver gave an interview, in which he got asked a few questions about his work. One of the first questions was about his inspiration for theaters. He replied, saying that he fell in love with interior photography for all these years of traveling. He thinks that there are so many stunning libraries around the world that deserve to get photographed. One disadvantage is the fact that it’s not easy to get access to theaters.
The following question was about what he enjoys the most about interior photography. He referred to horoscope and compared himself to Libra and said that he enjoys fairness and balance. So whenever he gets a chance to photograph something stunning, symmetrical such as theaters, he gets fascinated and excited.
He also got a question about what kind of story he is trying to tell by shooting theaters etc. He shortly said that these architectural buildings are enormous and open spaces, tough to capture on one shot. With this series, he is trying to show the overwhelming vastness of the area.
His research on access to buildings and performance spaces is based on Google. But secondary research starts when he travels to the city and seeing with his own eyes if the theater has the opulence that he seeks. At times he directly calls these locations with a hope to talk to a representative. If any of it won’t work, he takes pictures during a tour of the space. Another question was about his equipment. He replied that he uses Nikon D850 camera with Nikon 14-24 mm f2.8 lens, with remote control and shutter release for the least amount of movement, because of the long time the shoot is being taken. He also spoke about the most memorable theater he’s ever photographed. It is the Teatro Nacional D. Maria II in Lisbon. He said it’s because the manager, from the beginning, expressed awe about Silver’s work and was pleased to take him on a private tour, which allowed the artist to take unique photographs. Richard has three theaters that are his dream: La Scala in Milan, The Margravial Opera house in Germany, and the Bolshoi in Moscow. The artist hopes that people, after seeing his work, will learn to see the details, beauty of the space, and artistry. He encourages us to look at the effort and time that all architecture in our lives has to offer us with people giving their sweat, blood, and tears to build these places for the rest of us to enjoy. The last question was regarding his future. He replied that he is working on a book of his Vertical Churches, which he hopes will be ready by summer. It’s a project he has been trying to start and finish for a while, so it’ll probably be his next.