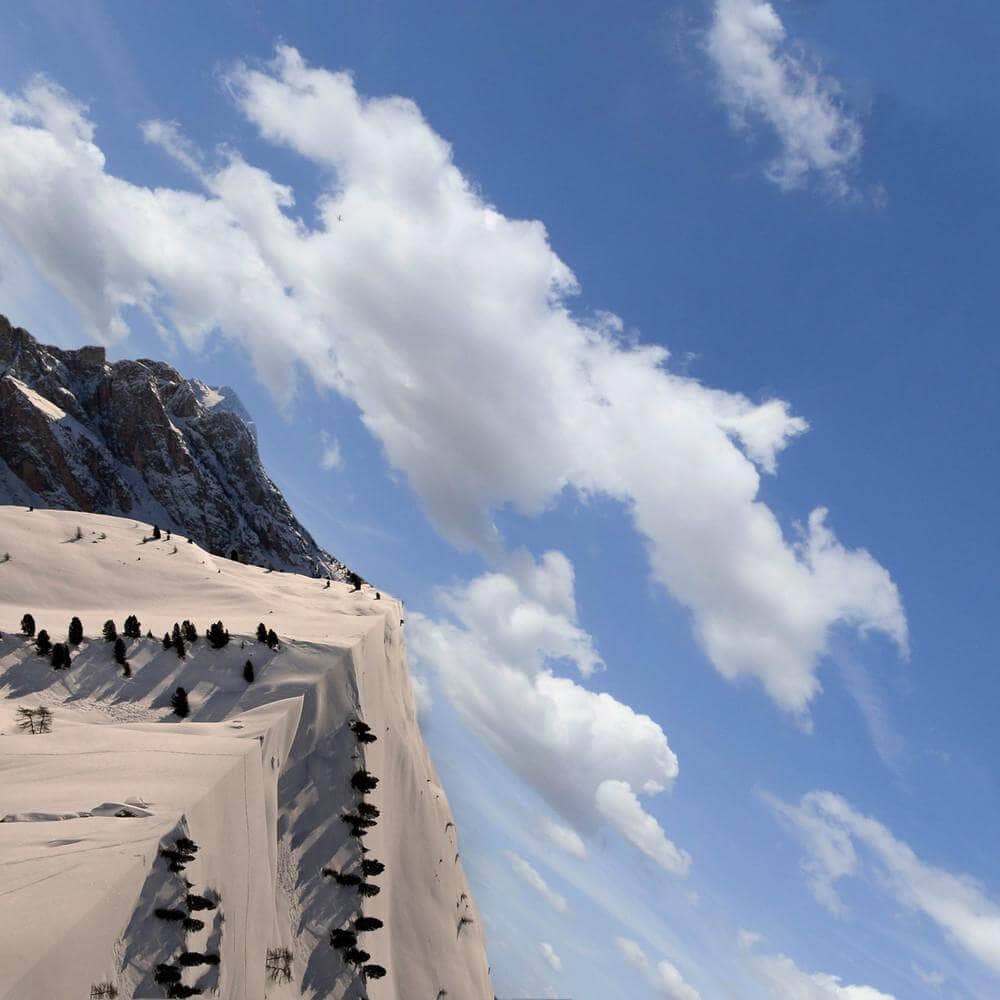 Honolulu, Hawaii-based photographer, and designer  Petey Ulatan often creates images that explore the impossible. A recent series, which Ulatan posts to his Instagram page, takes this idea and applies it to infinite scenarios: digital photo-manipulations of his photographs from his travels, others from Google images, that re-shape the world as if it were folded into a giant cube.

What began as a fun experiment took Ulatan several months to perfect, discovering how simple changes can alter our perception of the picture entirely. “For some images, I would mask out the sky and add another layer of another photo of a sky to create the illusion that it’s coming from one world.” Some of his most astonishing images are of surfers riding up an epic tidal wave, or the inverted skylines of actual cities. Each involves a subtle play on reflection and symmetry, elements from our reality turned into a lucid dream world. 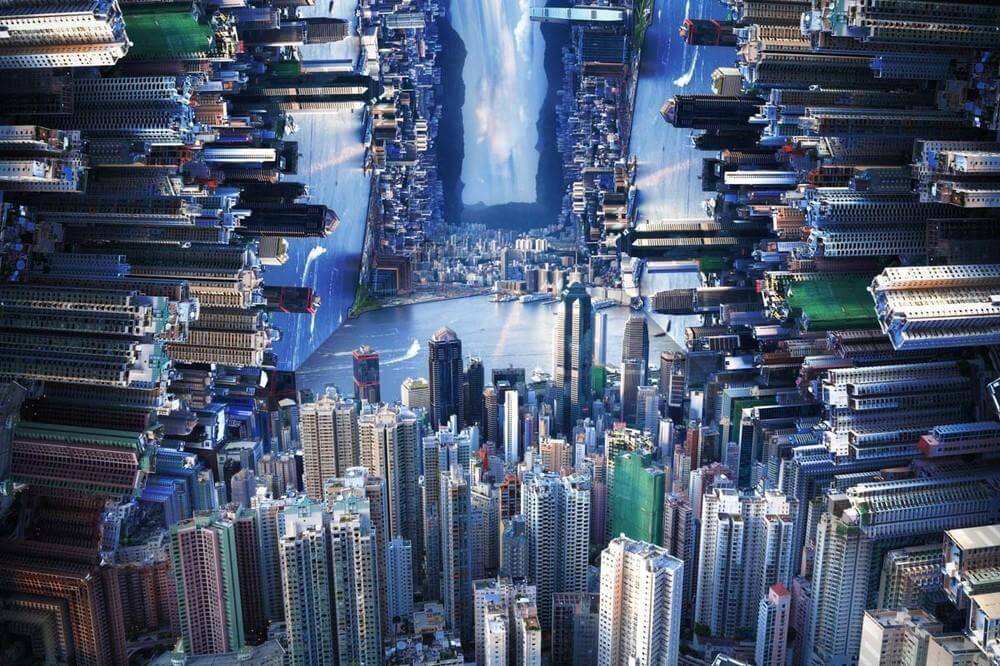 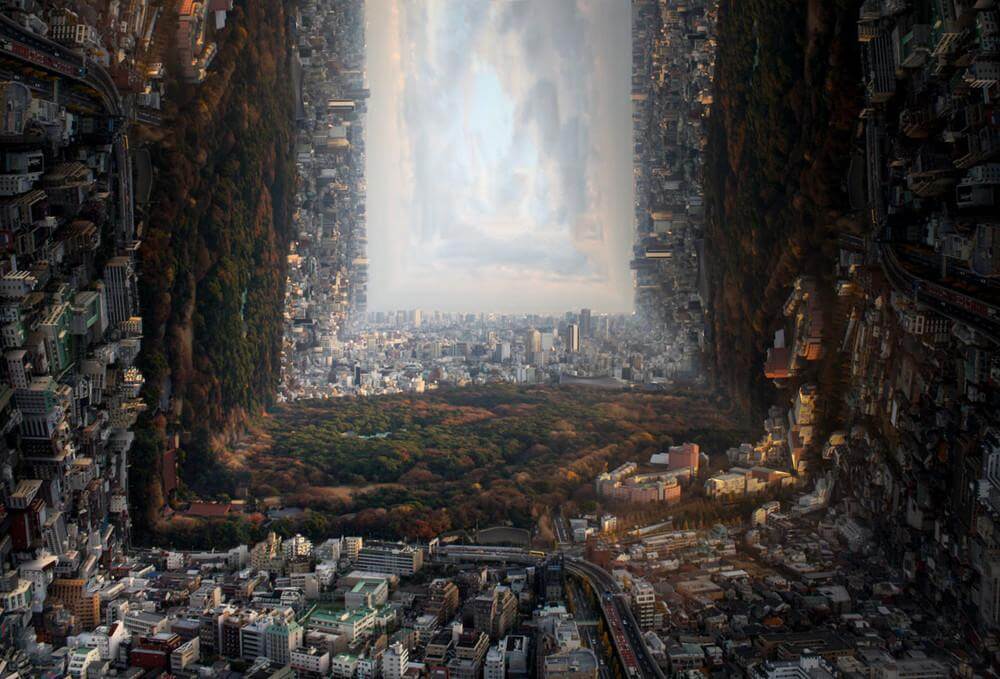 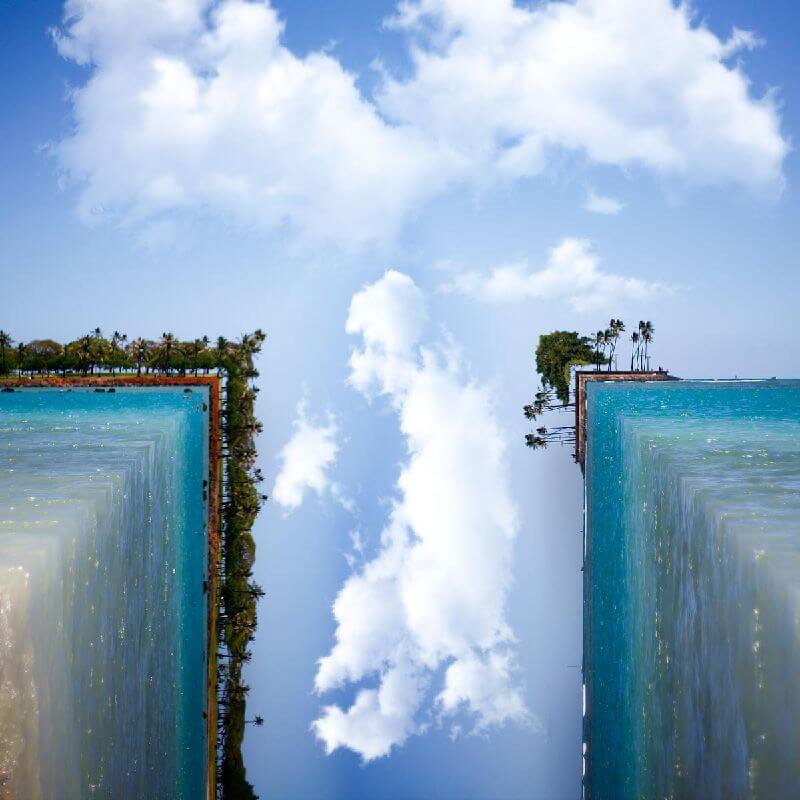 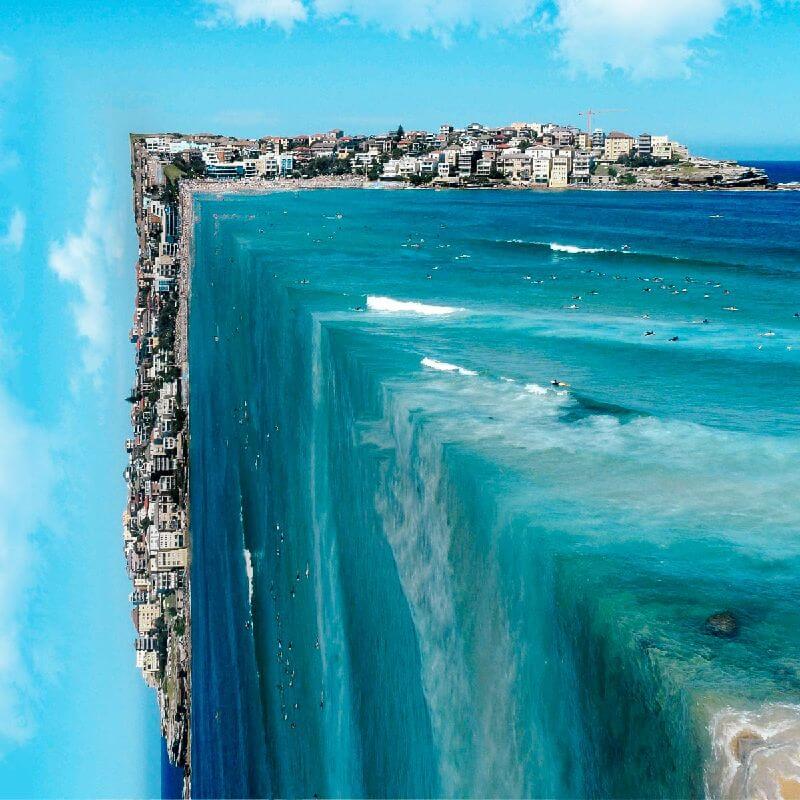 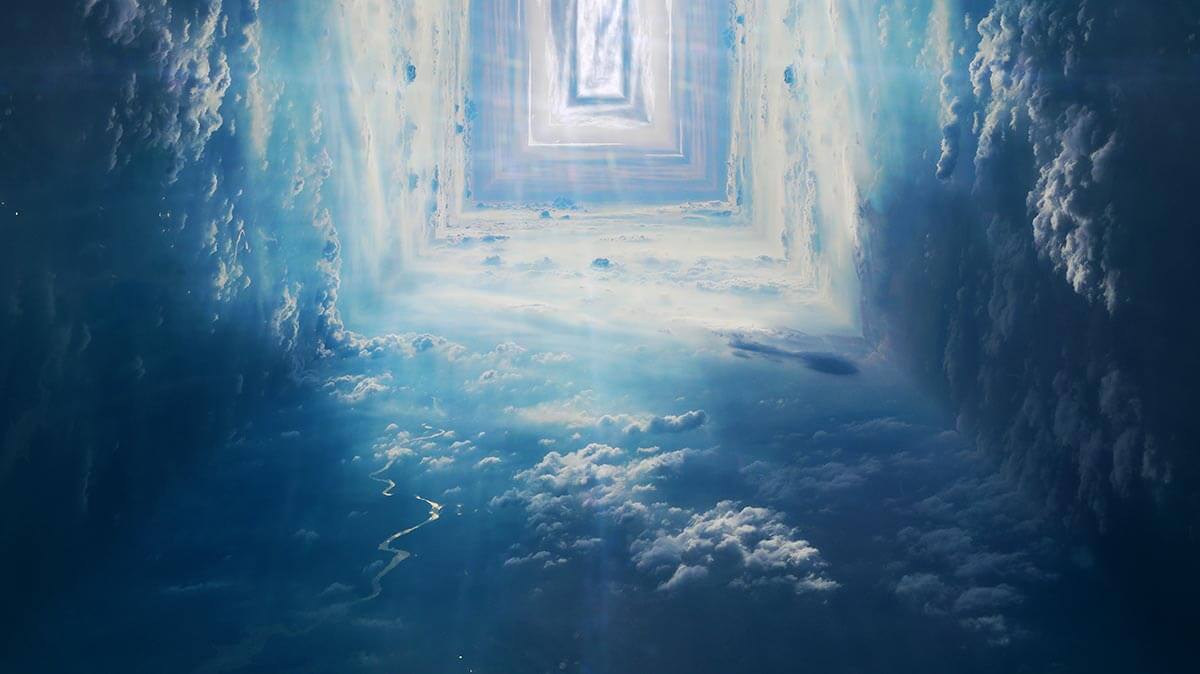