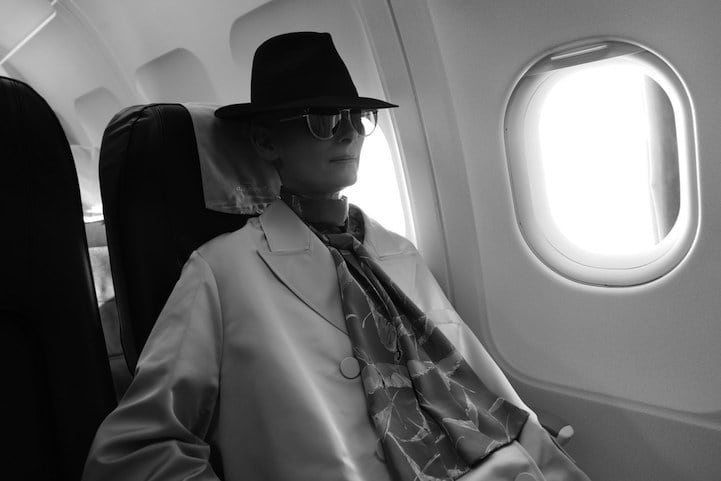 British photographer Greg Williams lifts the curtain on the private lives of celebrities in his candid project. Cinematic photos of Hollywood royalty like Johnny Depp, Jake Gyllenhaal, and Tilda Swinton beyond the glitz and glamor of the silver screen. Williams documented intimate shots of A-listers as they laughed, talked, and relaxed in cars, hotels, and boats on the Grand Canal.

“My favourite part,” he told Mymodernmet about his unusual experience, “was using my 20 years of experience and relationships, along with a bit of nerve and a good dose of luck, to be the only guy in the boat.”

His background shaped the photographer‘s dramatic style of composition and lighting in reportage and motion film.

“From my early days as a photojournalist, I was always possessed with the Magnum on-set photos from 1960s Life Magazine. I am trying to capture moments that are reminiscent of the golden age of cinema,” Williams, who covered the conflicts in Burma, Chechnya, and Sierra Leone in the 1990s, shared with Mymodernmet. “Today, much of my work is in advertising, but my background in photojournalism taught me about capturing decisive moments. The work I did in film influences the cinematic way I shoot.”