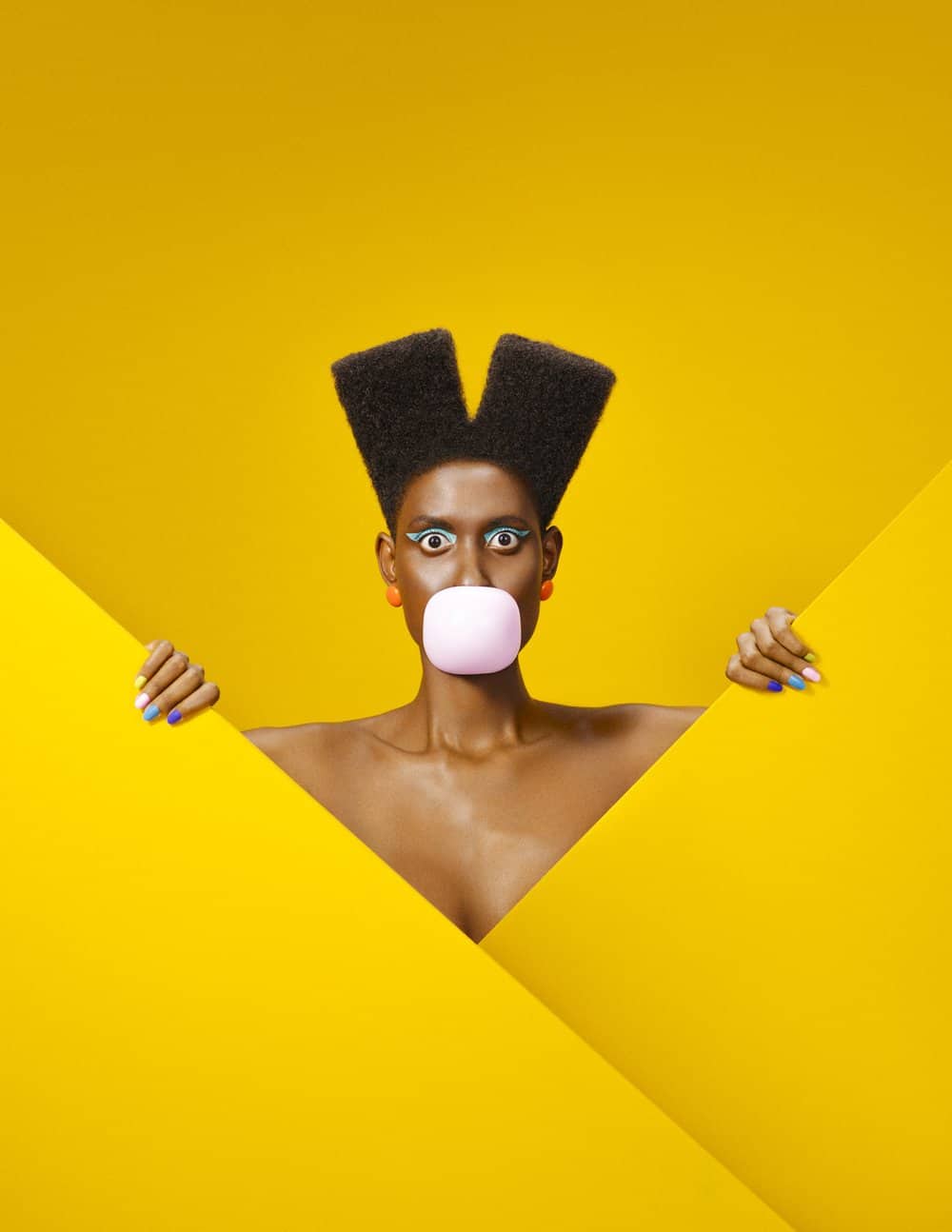 Pol Kurucz‘s colorful, vibrant portraits go between surreal and vulnerable photographs. The artist, who recently relocated from Sao Paulo to New York City, has been work on what he describes as”eccentric fashion and fine art projects.”

The artist’s given backstory is as a dramatic as his photographs:

“Pol Kurucz was born with two distinct names to a French mother at a hospital,” a statement says. “His youth hyperactivity was medicated with theater, and a theatre was later treated with finance. By 27 he was a manager by day and a stage manager by night. He has sailed on the beaches of the adult industry and of militant feminism and started a mainstream currency making bar loss-making in its indie art basement. He then died of absurdity. Pol was reborn in 2015 and merged his two names and his different lives into one where absurdity is logical.”