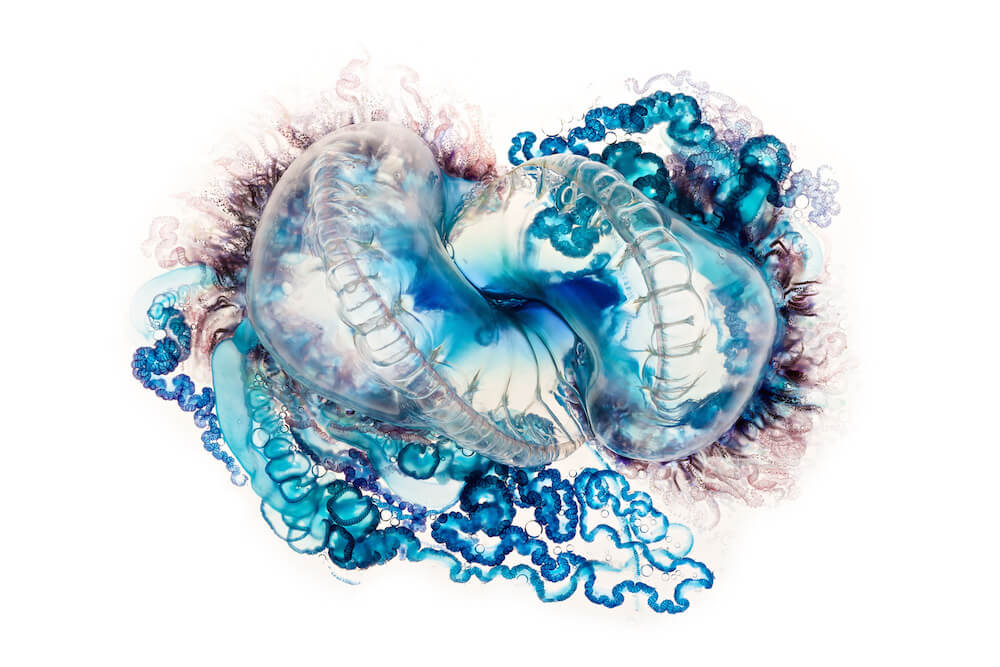 An ex-military photographer, Aaron Ansarov resigned from the Navy in 2007, transforming his skills to design commercial work for magazines and focus on his practice. Fascinated with marine life since his time growing up in Central Florida, his series title “Zooids,” focuses on images of Portuguese Man o’ War. Ansarov photographs the creatures on a homemade light table while alive, then instantly frees them back into the wild where they were found.

Once shot and the Man o’ War are delivered, each image gets minimal manipulation, as Ansarov makes only slight changes to the photograph’s exposure, contrast, and vibrancy to highlight the significant details of each venomous siphonophore. The completed works are abstract, appearing like alien illustrations rather than portraits, with dark blues, purples, and pinks unfolding in every direction. 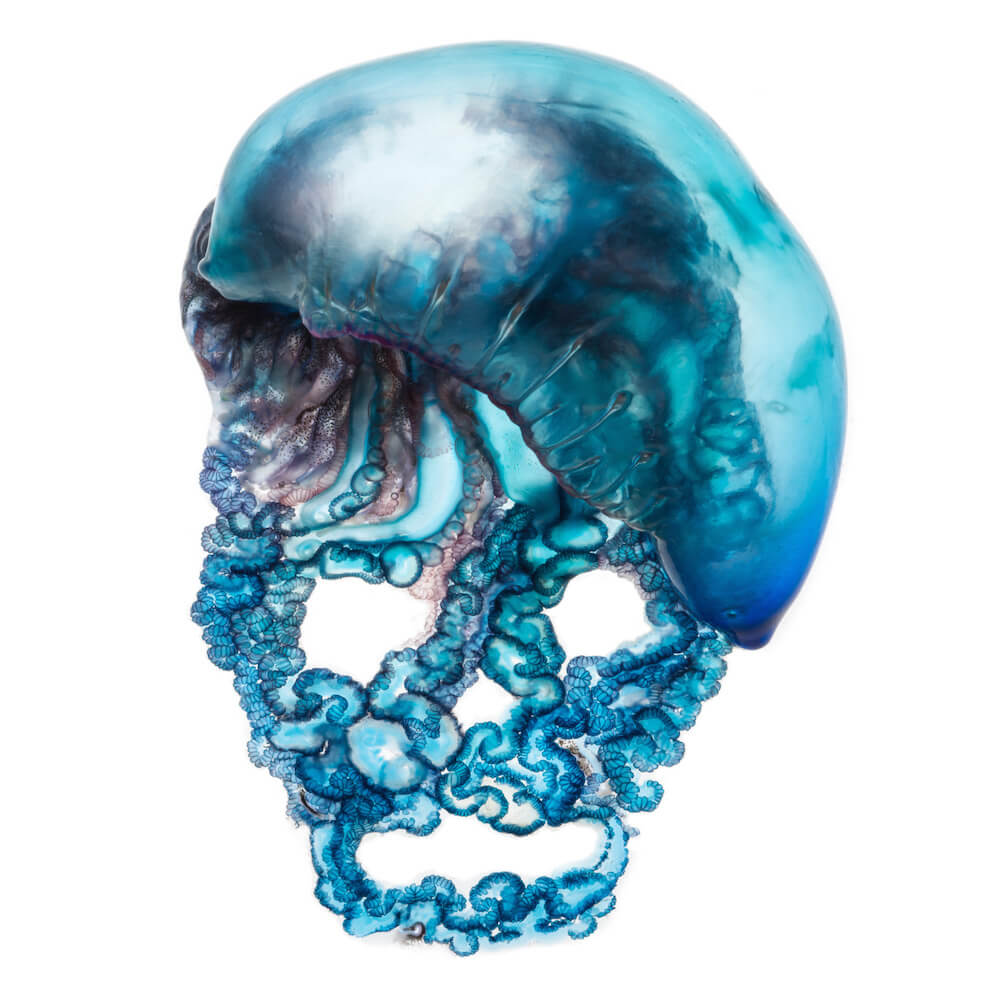 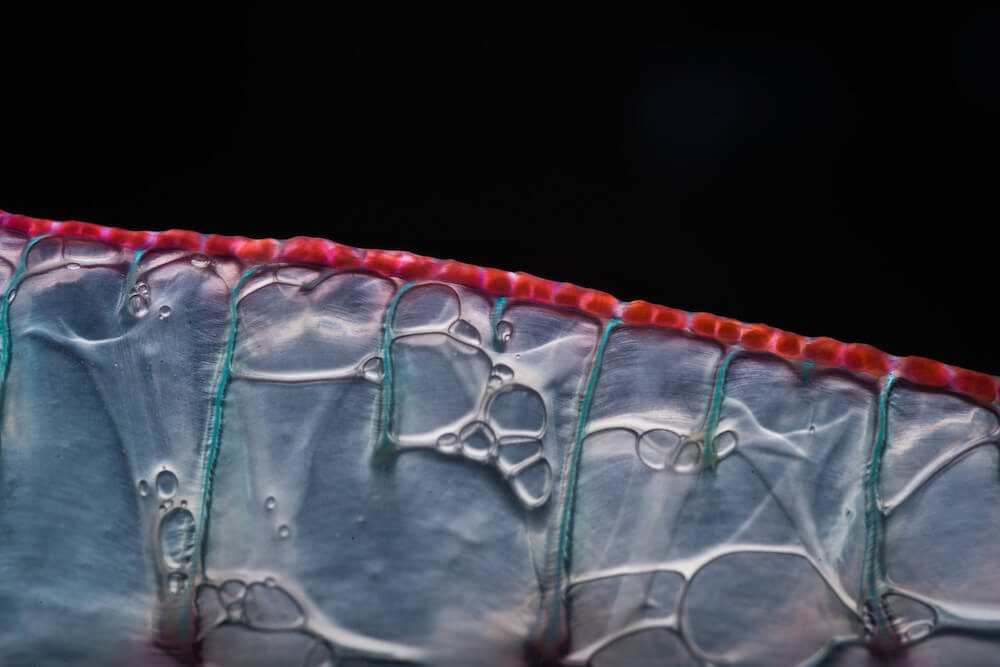 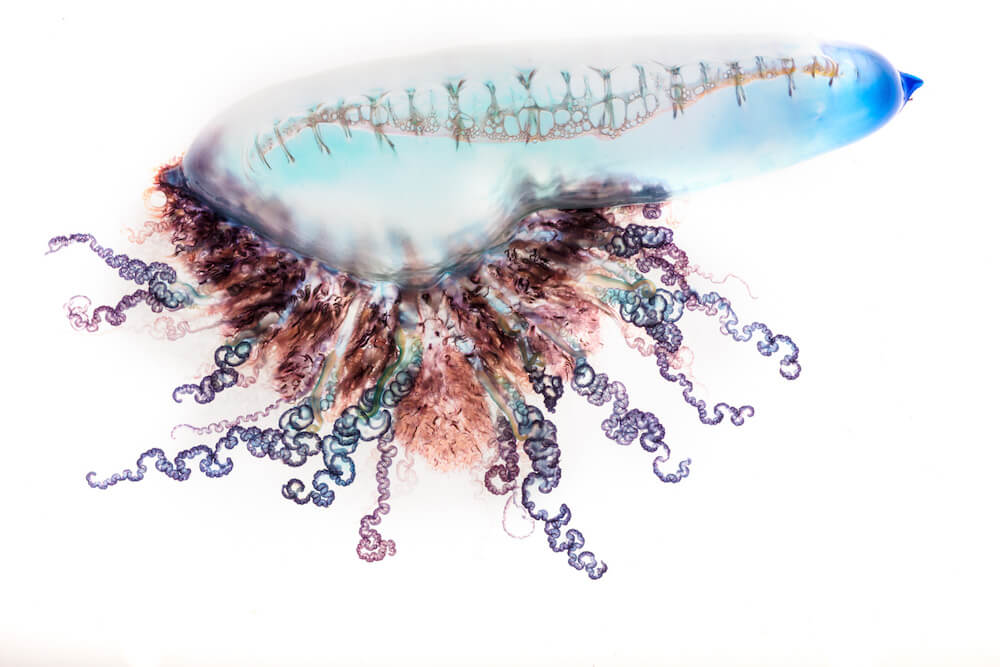 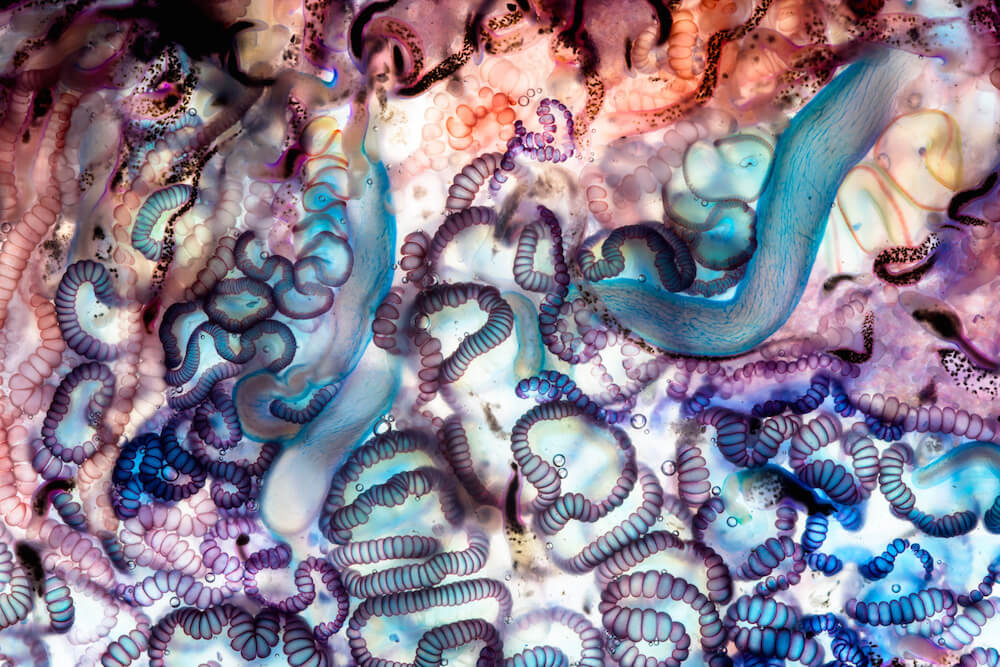 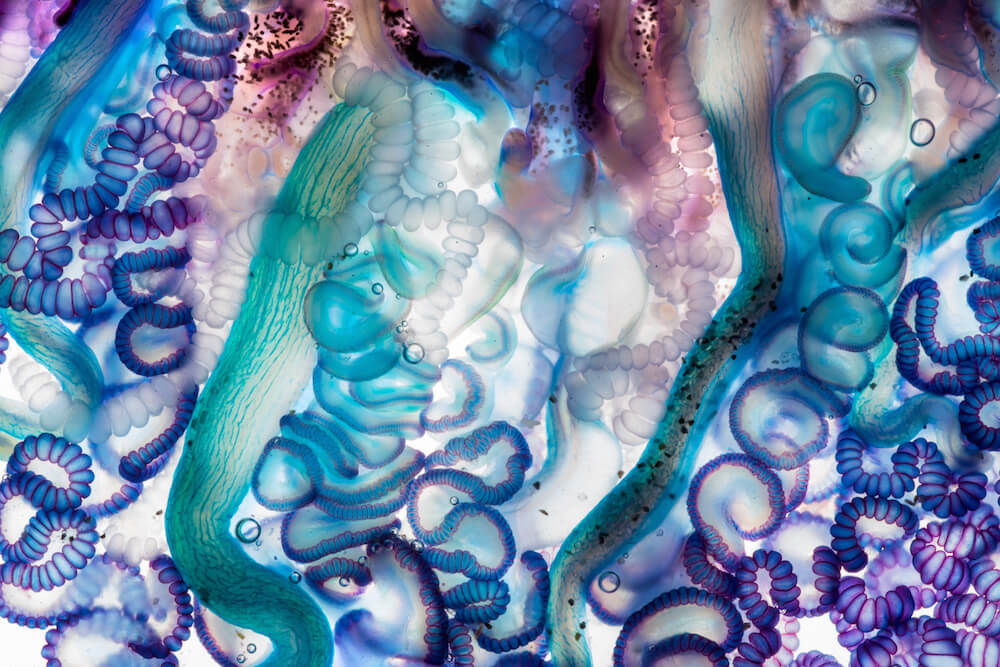