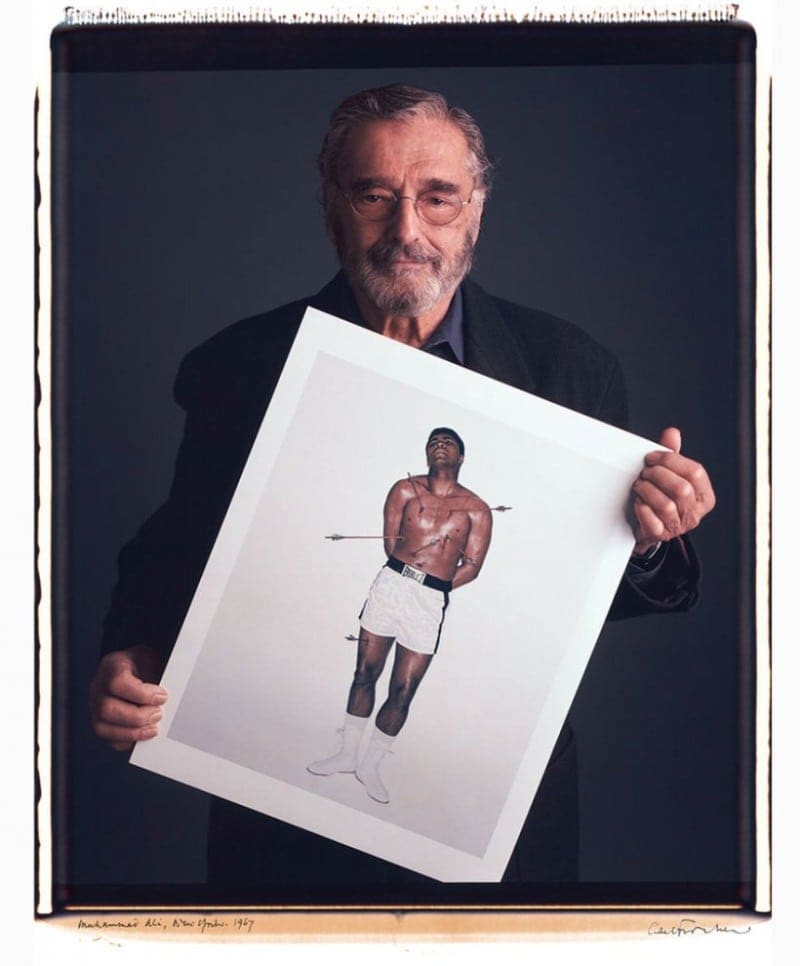 The collection of portraits is a unique look into photos that have endured the test of time, along with the brilliant minds that were behind the lenses at the moment they were made.

“We have come to a point in history where we are losing both photographic recording mediums and iconic photographers,” Mantoani says about the book. “While many people are familiar with iconic photographs, the general public has no idea of who created them. This book became a means to do that, the photographer and their photograph in one image.”

Film for the 20×24-inch Polaroid camera costs $200 per shot. “If you are going to call the greatest living photographers and ask to make a photo of them and you are shooting 35mm digital, they may not take your call,” the photographer says. “But if you say you are shooting 20×24 Polaroid, they will at least listen to your pitch.”

Here is a sampling of fantastic portraits found in “Behind Photographs”:

Douglas Kirkland and “Evening with Marilyn”

Nick Ut and “The Terror of War”

Neil Leifer and “Ali vs. Liston”

Vincent Laforet and “Me And My Human”

May Pang and “John Lennon”