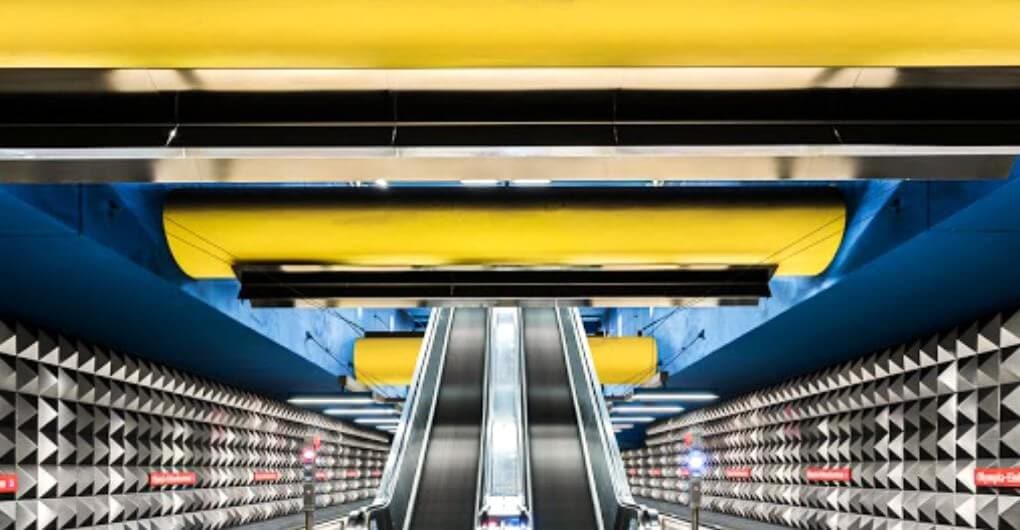 Montreal-based photographer Chris M Forsyth is not one to rush through a subway station with his head down, driving through rush hour crowds. No, the 20-year-old shutterbug has an artist’s attraction with subway architecture, which is on full display in his newest European-based photo series, called “The Metro Project”.
Inspired by architecture photographer Julius Shulman, Forsyth’s first metro series, “Montreal Metro”, began out as a school project and ended up getting him a 2015 International Photographer of the Year award. Today, the young artist’s fascination with subway architecture only grows as he travels the world capturing gorgeous shots of empty platforms, colorful halls, and several ubiquitous underground areas.