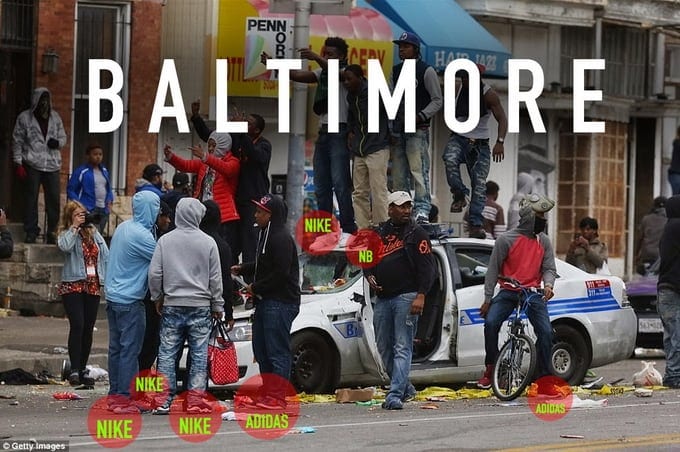 Russian designers have launched a blog #brandedriots on the topic of the day – a blog about the life of brands in the brutal and violent environment. The reason, of course, was the revolt of inhabitants of Baltimore against the police. The most popular brands of shoes worn by rioters in Baltimore turned to be Nike and New Balance.

Riots started on the 27 of April after the funeral of 25-year-old African-American Freddie Gray, who died from injuries received during that detention by the police. After the funeral, the crowd that had gathered near the cemetery, began to smash windows in houses, flip and burn cars, rob stores and pharmacies. 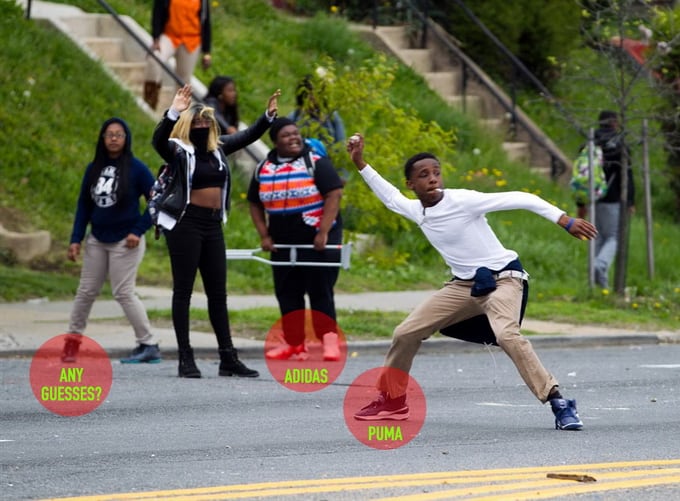 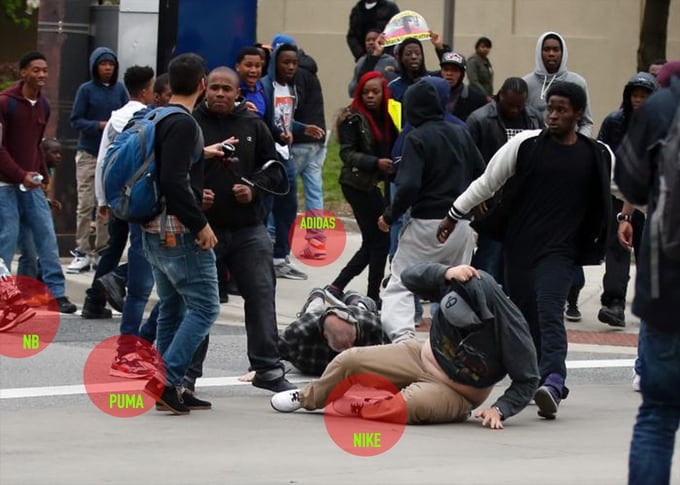 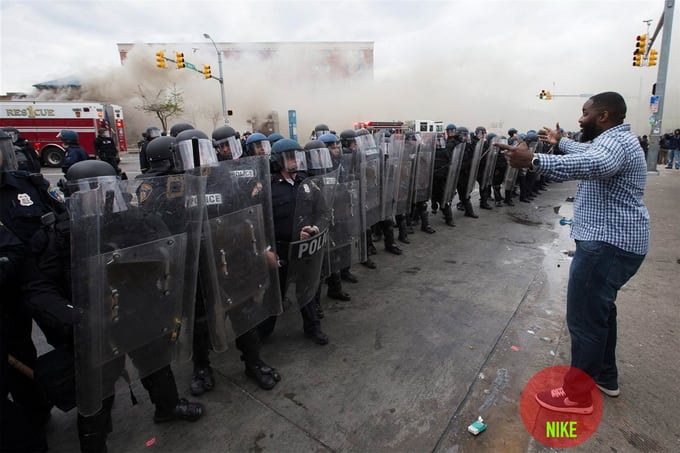 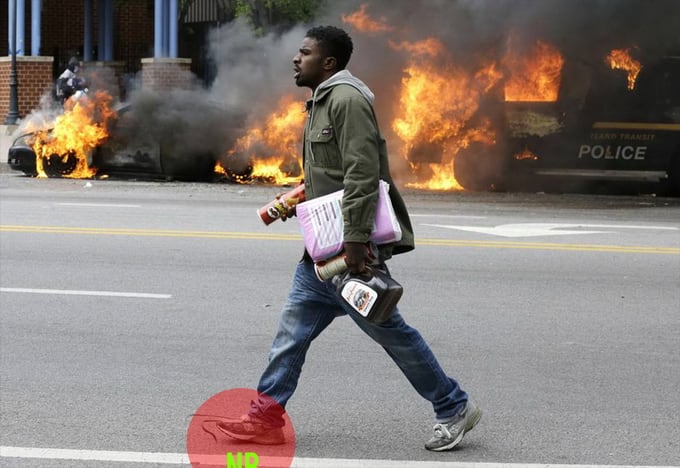 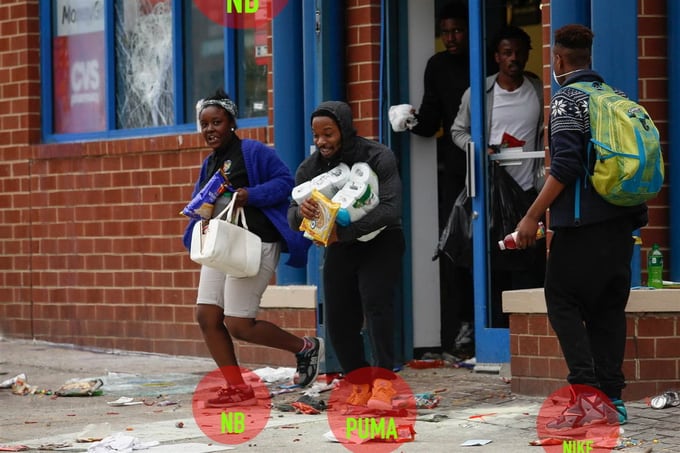 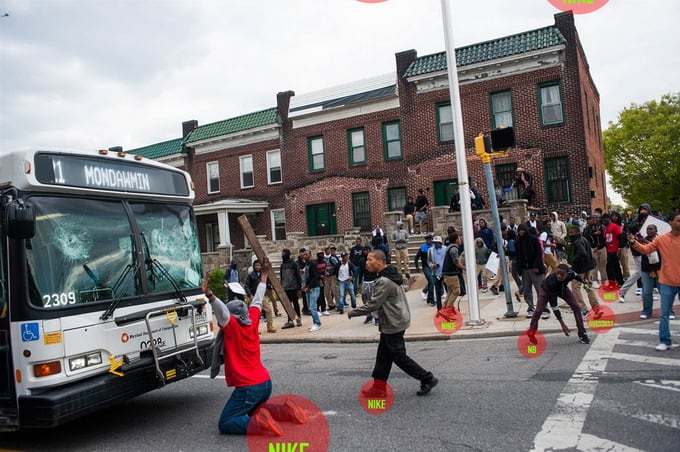 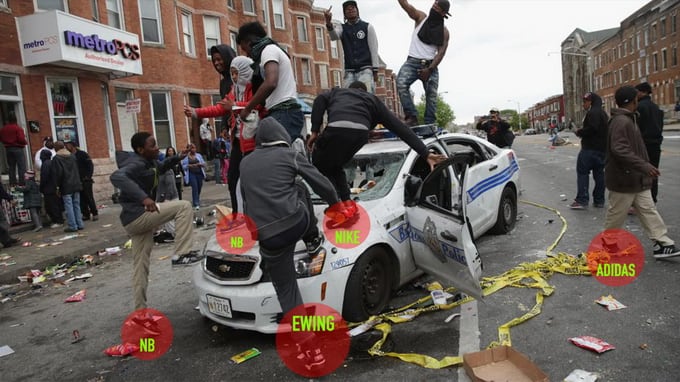 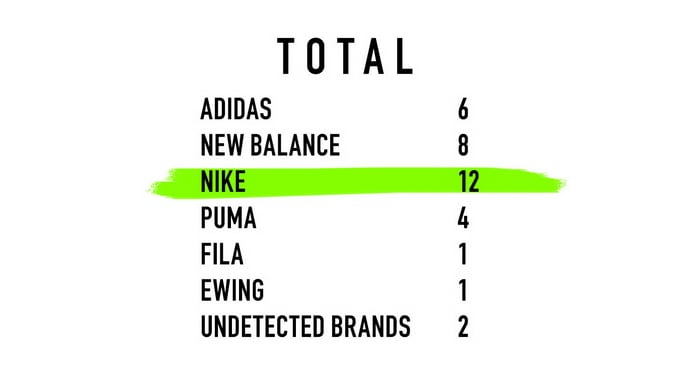